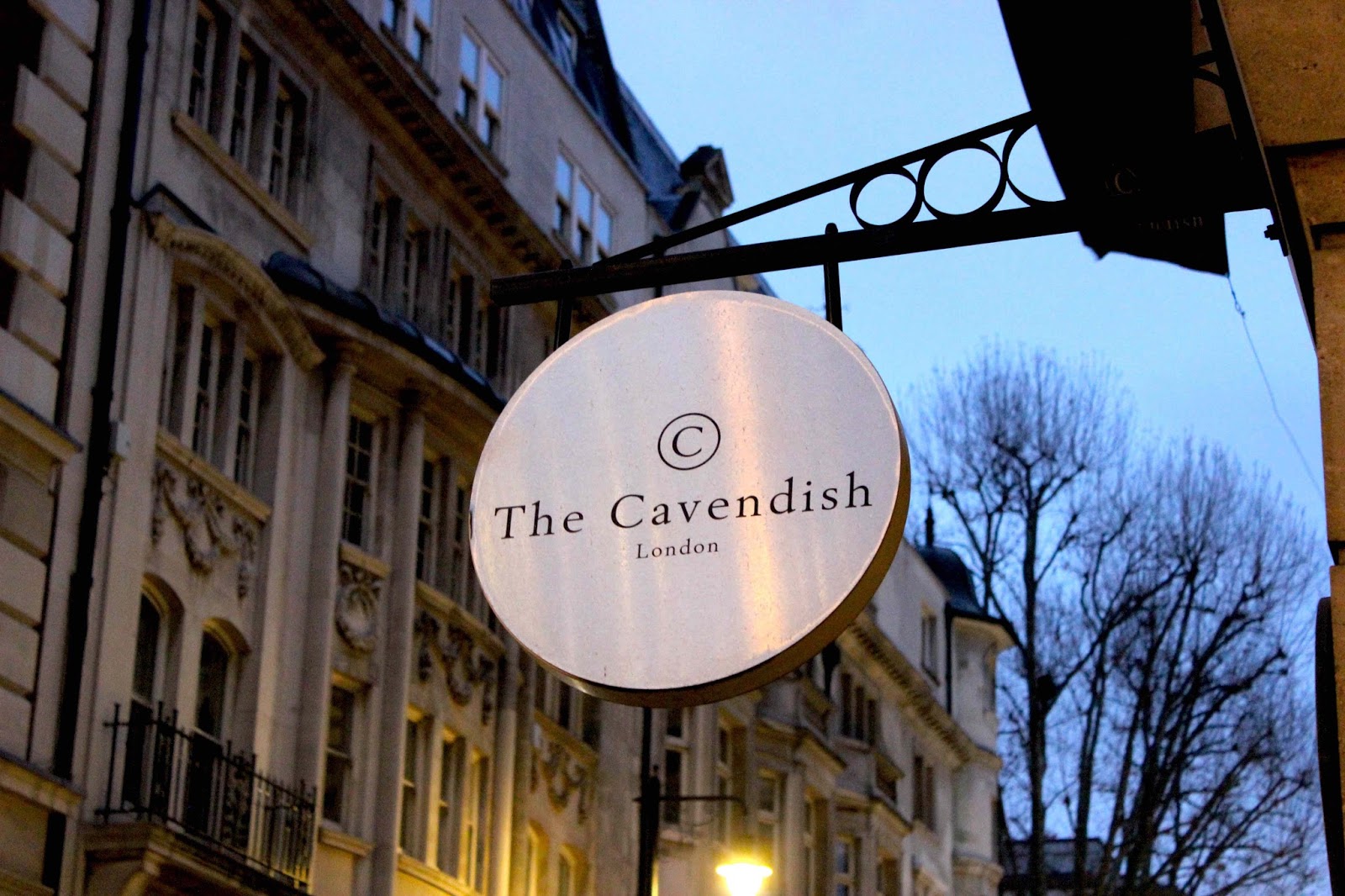 Sauntering along Jermyn Street on an unusually sunny afternoon, we arrived at our destination, The Cavendish Hotel. Despite a rich history, the doorway on Jermyn Street is unassuming but around the corner, on Duke Street, lies the main entrance, with its glass signage and pretty lighting. Inside, the lobby carries on this visual experience with modern art and, later in the evening, the interior and exterior lighting takes on a contemporary, deep pink hue. The contoured desks are the first sign of the homely warmth of the hotel, despite its bold appearance. These desks curve around a corner in a way which draws you in and the reception staff gave a suitably warm, yet professional, greeting.

Our junior suite was on the fifteenth floor, accessed by lift to the fourteenth storey and then one flight of stairs. Our suite, named for Belgravia, faced towards Green Park and the panoramic view encompassed Battersea Power Station and the strangely familiar roof terraces of nearby St James. The huge bed was decorated in seductive gold and deep red and there was a comfortable sofa and chair on which to relax and enjoy the bright sunlight which was streaming into the room. On one of the pillows was a poem about comfort, which was a thoughtful addition – sadly, not one I was thoughtful enough to remember to take home. In the bathroom, a deep bath and spacious shower provided further relaxation opportunities before we headed down to dinner.

On our descent to the first floor restaurant, Petrichor, we had more time to take in the hotel’s public spaces. This brought two features of the hotel to our attention; firstly, the lift is so fast that it made my ears pop on descent and, secondly, that even if your top storey suite faces away from the iconic sights of central London, you still get plenty of chance to enjoy this famous skyline while in transit to your room. This view was most spectacular when we returned from dinner, when the changing colours of the Millennium Eye, the face of Big Ben’s clock tower and the assorted lights of the City made us linger before we retired to the suite.

Some bedtime reading was also supplied, in the form of a booklet entitled: The Cavendish Hotel: Historical Notes by Nicholas Redman. This tells the story of the hotel and, in particular, former proprietor Rosa Lewis. Rosa began work as a cook for the rich and powerful of her day, including Edward, Prince of Wales, and rapidly became caterer of choice amongst the upper class because of her French-influenced, lighter style of food. She was able, in time, to procure the lease of what became the Cavendish Hotel and made her mark on the London hospitality industry with a constant succession of guests, all of whom she knew personally, such as Lord and Lady Randolph Churchill, the Duke of Windsor, George Bernard Shaw and Ellen Terry. She held private parties in her sitting room, with plenty of champagne, and told misbehaving guests: “You treat my house like an hotel!”

After a very comfortable night’s sleep, we sat down to a breakfast of fresh watermelon, eggs, bacon, pancakes and plenty of fresh coffee. The sun was shining once more and the tasty breakfast was ample fuel for a whole day of wandering through the bustling London streets. The Cavendish Hotel, glowing fuchsia in the midst of Jermyn Street, is a beacon signalling welcome to business and leisure travellers alike, who can all rest assured that Rosa is no longer around to disapprove of their treating this establishment as a hotel, and a fine one at that.