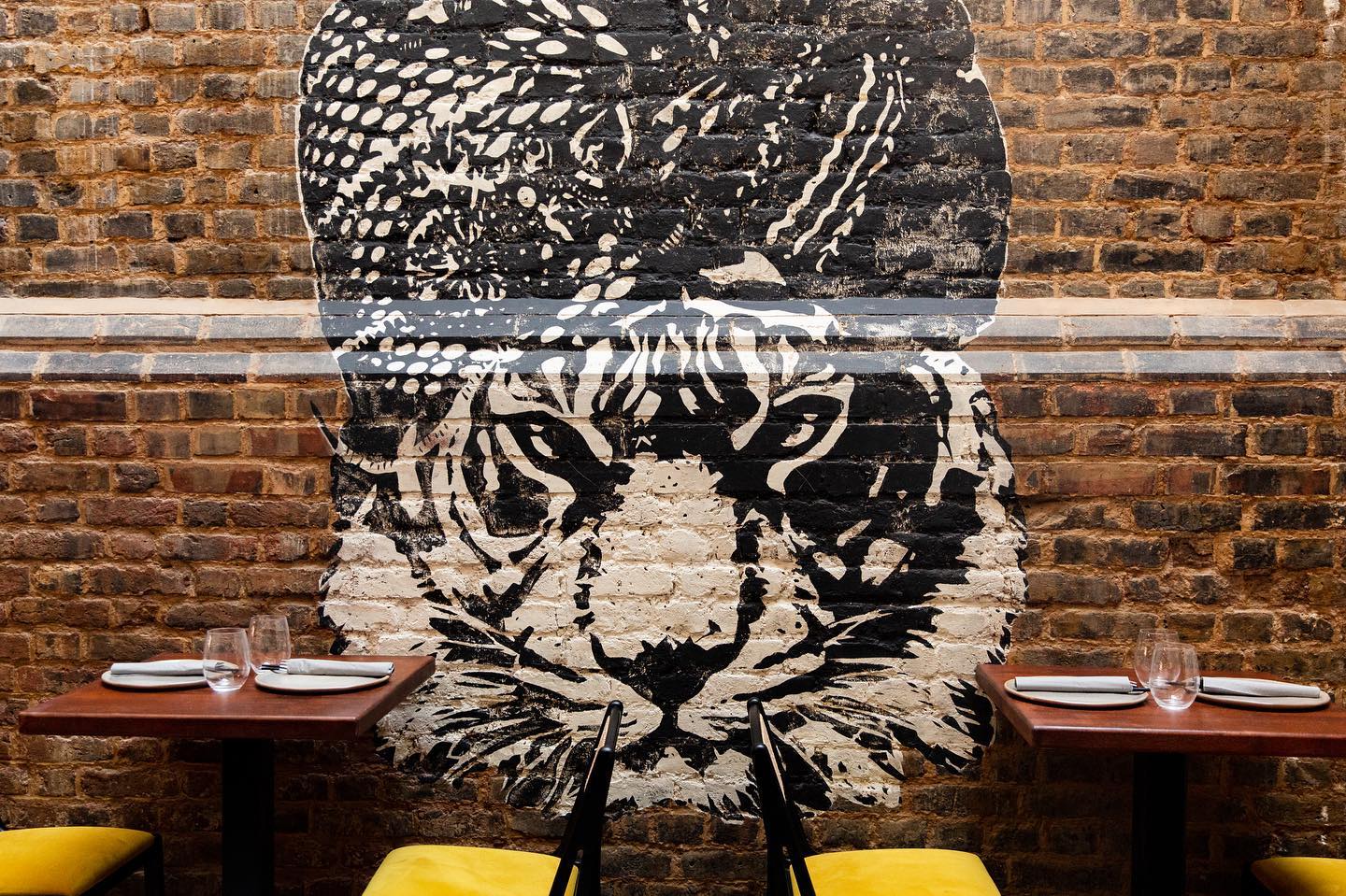 Finally, a restaurant named for the person reviewing it… In actual fact, “Fatt” is a common Chinese surname, while “pundit” is an Indian word, and reflects the Indo Chinese cuisine on offer. I’m still taking it as a tribute, though.

In fact, as I’ve just discovered from the Fatt Pundit website, Indo Chinese food originated in Kolkata, when the Hakka people migrated to India from Canton, and cooked the food of their homeland while integrating the ingredients of India. I’ve often rambled on – like a fat pundit, in fact – over how “authentic” can be such a pointless term in food, that so much of the good stuff happens because of other influences, the discovery of other ingredients and techniques, etc. Fatt Pundit is further evidence that, frankly, I’m right.

In the case of this Soho restaurant – and its recently opened Covent Garden sister – Indo Chinese also gets an inevitable modern makeover. While this means some of the menu reads like so many other places – small plates, popcorn cauliflower, lettuce cups, meaty “lollipops” – the big, familiar flavours make it far more memorable than most. And at least doubly so in the case of the lamb chops, with black bean dust, stone flower masala rub that the menu declares, quite correctly, are “charred to perfection”. It’s a plate of food that, frankly, justifies your visit on its own (and makes me think a London Lambchop Tour is long overdue and /or a viable side hustle).

Actually, there are many things here that justify a visit to Fatt Pundit, whether for a small plate or two, or for the full meal. The Momos – particularly kid goat, garam masala, cardamom, ginger and garlic. Shredded Chilly [sic] Venison – “made famous at the Leopold café of Mumbai” – is a sticky delight (and, along with the bottle of “larger”, suggests the menu’s typos have been done for comedic effect). Crackling Spinach, with sweet yogurt, date and plum sauce, pomegranate, and the aforementioned Popcorn Cauliflower, served smoked with a soya garlic dip – are also worth your time and possibly prove that cute animals don’t have to die for me to enjoy lunch.

While the canteen nature of the room means it might be more suitable for snack and run than long, lazy dinner, the drinks menu is original and strong, with creative non-alcoholic options – blackcurrant and black salt, mango and Szechuan syrup for example – that can be spiked for an extra few quid, and a short but strong beer list. There’s also a very decent, if slightly spendy, wine list, although the entry level / by the glass option is good value by Soho standards. From one “FP” to another, this is a solid, fun spot by anyone’s standards.