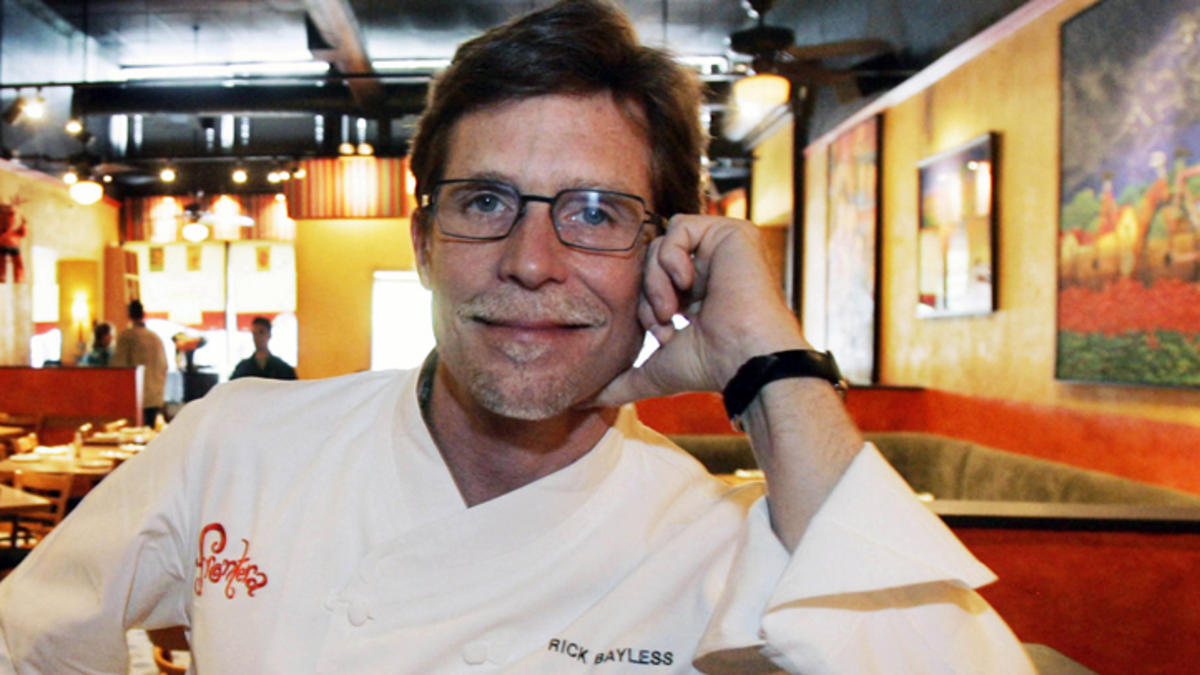 Most people know Rick Bayless from winning the title of Bravo’s Top Chef Masters, beating out the French and Italian with his authentic Mexican cuisine. His highly rated Public Television Series, Mexico–One Plate at a Time, is in its ninth season and is broadcast coast to coast. In 2012, Rick was nominated for a Daytime Emmy for Best Culinary Host. Rick’s side by side award-winning restaurants are in Chicago. The casual Frontera Grill was founded in 1987 and received the James Beard Foundation’s highest award, Outstanding Restaurant, in 2007. The 4-star Topolobampo served its first meals in 1991. And the wildly popular, LEED GOLD-certified, fast-casual Xoco has been around since 2009, serving wood-oven tortas, steaming caldos, golden churros and bean-to-cup Mexican hot chocolate.

What made you become a Chef?

I was studying anthropology in college, but all I could think about was what my next meal! I came from a restaurant family and catered for extra money in college. It just seemed right for me. Favourite cuisine and what drink would you have with it? Well—Mexican is of course my favourite—and drink—tequila, a good Mexican beer, a great glass of wine. You can really do wonderful matches with Mexican Cuisine.

What was it like competing on Iron Chef and losing out by only 1 point to Chef Bobby Flay?

Competing was hard work, but fun for our team. At the time we were bummed about the 1 point, but to be honest, we got so much feedback about that show and the fact that we lost by just one point—it didn’t matter!

What influenced you to open a fine dining Mexican cuisine restaurants in the United States?

I constantly am travelling to Mexico—and Mexico City in particular. They are doing such cosmopolitan and contemporary cooking—I wanted to bring it back to the US. I knew there was nothing like it here in the states.

Who is the biggest critic of your cooking?

Me. I am always trying to push and grow—learning everything I can.

Which ingredients do you have a love/hate relationship with and why?

I know this sounds crazy, but tomato juice makes me gag!! I LOVE working with all of the chiles available to us in Mexican cooking. It’s exciting, complex and really lends itself to interesting cooking.

What was the best dish you have ever had cooked for you and by whom?

I don’t think you can ever really say this until you are on your death bed. I’ve had some great things cooked for me by my wife and daughter.

Which person inspires you the most?

My staff. They are always working towards a goal and I love coming to work with them everyday.

What would be your best advice to chefs starting out that want to make a success of themselves as you have done?

Travel. Learn everything you can before and after culinary school.

If you had not been a chef, what would you have done?