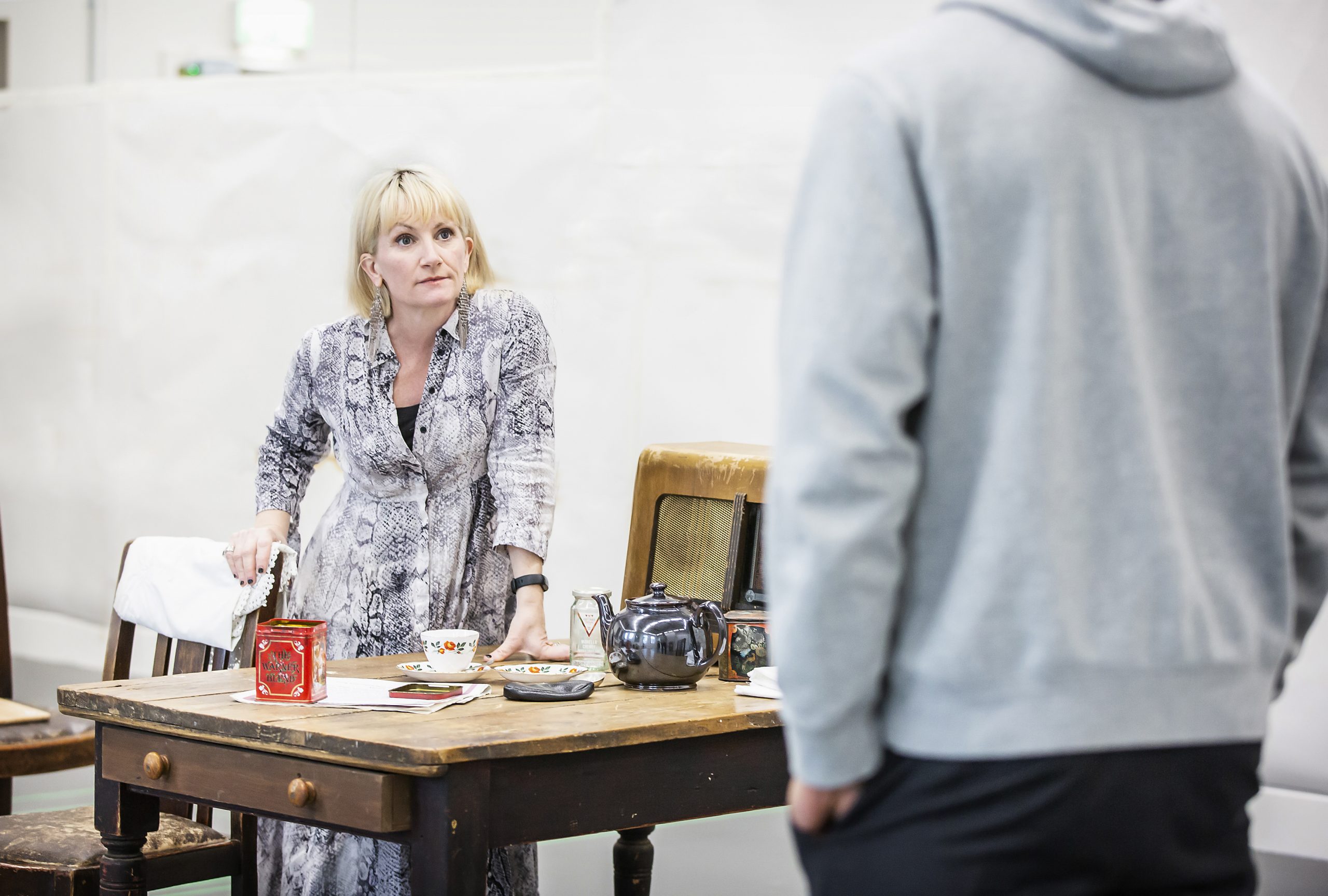 Lucy Speed is an English actress who became a popular fixture on EastEnders when she was just a teenager. Veteran viewers of the BBC One soap will remember Lucy as Barry Evans’ ex-wife Natalie. Lucy has also appeared in plenty of shows including Call the Midwife, Marcella, Doctors, Cradle to Grave and Silent Witness. We got to speak to Lucy about her new project as Ada Jarvis in Mark Ravenhill’s new version of classic thriller Blackmail, on stage this March.

I started a little local ballet school and our ballet teacher told us all to get agents, so I did. I then – my parents weren’t acting parents at all – just got some auditions, did something like 12 adverts in my first year. Then, ended up at the national theatre, in a play called ‘Neaptide’ which was all about Lesbianism, divorce and self-harm by a very wonderful writer called Sarah Daniels. And that’s where my love for acting kind of sprung forth. I have always loved the old movies; Bette Davis and Deborah Kerr, The King and I was one of my favourite musicals, I had a poster of it on the wall. I then went on to loving Jodie Foster and Meryl Streep and anything they were in and one of my big influences and loves was Hayley Mills in the Parent Trap. I used to go to speech elocution lessons and things like that every Saturday, it really wasn’t in my family, or my parents’ remit, although my grandfather was a film distributor, worked for the news. My uncle went on to distribute for Buena Vista, but there was no one on the acting side. It was all a bit strange.

Can you tell us about your current, project: Blackmail at Mercury Theatre, what drew you to the piece and your role of Ada?

Well, it’s hard for me to get away and do theatre with young children– I live down near Rye. When this piece was offered to me, my interest was immediately peaked because, obviously, its Anthony Banks and Mark Ravenhill. Then when I read it, it was so brilliant, and the character’s so brilliant, I thought I can’t miss out on it. It’s difficult being away from the children, but I absolutely had to do it and I am really pleased that they asked me to do it.

What do you think audiences might find surprising about Blackmail?

I think they’ll probably find that it’s got that Hitchcock feel and that Charles Bennett who originally wrote the piece was actually Hitchcock’s writer, wrote a lot of his stuff. He’s very definitely seeped in that Hitchcock-esk thriller writing. But, just how modern it is – I mean I know Mark has adapted it and moved it around and put his own stamp on it. But it is a modern dilemma, the themes are very modern particularly between relationships. And particularly, for me, how women are still so vulnerable in the world – the scales are tipped against them from the start.

Do you have an acting process or a way of approaching new characters?

I suppose I just, not really, I just learn it, and then when I meet everybody and I meet the director, you have an instinct for it, and you hope it comes out as naturally as possible and that’s what I like about Blackmail is that it’s not a heightened drama, it’s playing everything for truth. It’s really giving its heart and its soul.

One of my favourite roles was Cradle to Grave, for Danny Baker and Jeff Pope, because Bet was so close to my actual grandmother, so it was a bit of an ode to her. A love letter to my grandmother. I wish she’d been alive to see it. She probably would have said she wouldn’t have recognised herself in it at all. But yes, it was a great job, it was so beautifully written and working opposite Peter Kay was just a delight to play husband and wife and everybody in it was amazing. There was just free reign and it all felt like it clicked, and it gelled. The design was incredible, and it just came at a really poignant time of my life, and it was just pure joy. But I mean every job I’ve done has resonated with me; everything has been so diverse. That’s what I love about this job is that I get to play different people. I’m sort of known for being in the long running things, but they collectively are ten years of my life? Maybe – eight years of my career? – and I’ve been going for 38 years, so there’s been a lot of diversity. I see myself as a jobbing actor, a character actor which means you have to protect that.

Well just that, that you get to flock with all different types of birds, you can be all different types of things and you meet such interesting people, and you absorb their lives, their thoughts. It’s just a fun way to spend your life. And the people are quite rewarding in this industry it’s such a nice open place to work full of kindness. I always say to my children if they’re in the theatre, something that my best friend said to her child, she just said, if your ever in doubt, if you’re at school or anything, if there is a theatre at school, go and hang out there because that’s where you’re going to find the nice people. I think that’s quite true.

Influences and inspirations were all the old movies I used to watch as a kid, and actors like Bette Davis and stuff like that. Jodie Foster was a big one. And I suppose all that 80’s stuff, there were so many cool 80’s movies. We spend a lot of time showing my eldest all those 80’s movies and they just really kind of work. I was quite heavily influenced stage wise by Judi Dench, just actors for a generation really, my generation. When I was younger John Mills, Hayley Mills, Tim Curry. I was influenced by just the Royal Court, National Theatre and all those sorts of works that came out of it and all the writers. All the new writing that came along in the 80’s was quite exciting.

I would’ve loved to have played Sally Bowles. Too old now. Never Mind!

I do post a little bit on Instagram, not much, and a bit on Twitter about my work. Mainly it’s nonsensical stuff about being an exhausted mother!

See Lucy in Blackmail at The Mercury Theatre till 19th March 2022.