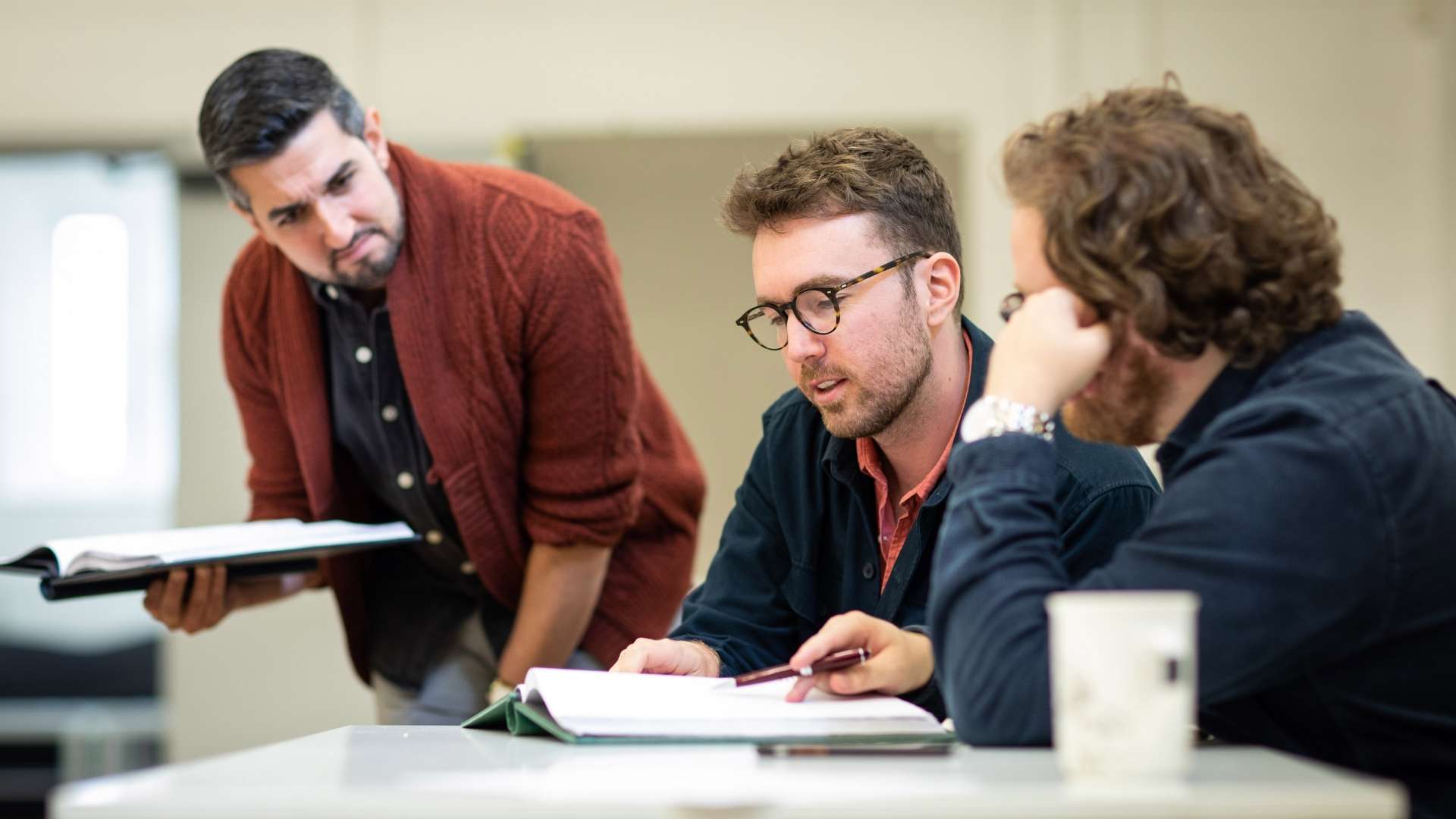 Marek Horn is a playwright and member of award-winning theatre company FullRogue. His debut play Wild Swimming premiered at the 2019 Edinburgh Festival Fringe, his current project is Yellowfin at Southwark Playhouse.  We got to speak to Marek about the project and his inspiration and creation of plays.

Please tell us about your current project Yellowfin?

Yellowfin is a play set in a world in which all the fish have disappeared, and it is about the political, cultural, spiritual and emotional fall-out of that event. It is also about the process of politics itself and the nature of politics today, especially in America. It is about American decline. It is about what happens when something huge and important comes to an end.

It was six years ago now, when I first started working on the play, so my memory is a little hazy. Nevertheless, I do remember thinking about what we were doing to the oceans, and considering the possibility of a mass-extinction event. From there my brain jumped, somewhat, on to tinned tuna and it struck me that we might be creating a world for ourselves where the only fish left would be the stuff that people were finding at the back of their cupboards in airtight containers. This idea struck me as being, simultaneously, utterly horrifying, extremely banal and also darkly, absurdly funny. My idea was to write a play which captured that sentiment.

What play changed your life?

He’s somewhat unfashionable with theatre makers of my generation but I’ve always loved Tom Stoppard. I remember reading Travesties for the first time and just being blown away. When I wrote Yellowfin I had just become obsessed with the American playwright Lucas Hnath and, consequently, I owe a huge debt of gratitude to plays like Red Speedo and A Public Reading of an Unproduced Screenplay about the Death of Walt Disney.

Something funny and weird usually does the trick; it has to be something that really engages with a play’s power to make you believe the unbelievable. After all, if you’ve already got a room full of people to agree that, up there on the stage, is a slice of sixteenth-century Denmark, then it’s much easier for them to accept it when the ghost of the main guy’s dad turns up demanding vengeance.  I’m not attracted to plays which attempt to ‘present life as it is’, I sort of think that’s a fool’s errand; it’s not life, it’s clearly a play – let’s have some fun with it and do something unexpected!

What advice would you give to aspiring talent?

1) You probably have more time than you think you do so don’t worry.
2) Try to find a job which takes up the minimal amount of brain space because you’ll want to put that to good use.
3) The smaller the cast, the more chance there is of your play getting on.
4) Always think carefully before paying for access; if someone is offering, for a fee, to teach you something, or read something you’ve written, or enter you into a draw for a prize, then just take a moment to think about their motivation. I’m not saying that all those people are bad people – dramaturgs have to eat, and most are excellent – but you should be circumspect.
5) Make friends with other playwrights. They are not your rivals, they are your colleagues.
6) Read more plays than you see; it’s cheaper, you can engage better with writers you like, and you can get a feel for the many different ways that playwrights try to render action in words – because that isn’t always as cut and dry as you might think.

Tom Stoppard and Lucas Hnath as previously mentioned, but also Anne Washburn and Sam Shephard. My friend and I refer to the director James Macdonald as ‘The Master’ because he is just so, so good but so are Ned Bennett and Rebecca Frecknall and Julia Head. Right now, however, my heroes are the extraordinary cast of actors that we’ve assembled for Yellowfin. The director, Ed Madden, pointed out the other day that between them they have premiered new work by Tony Kushner, Caryl Churchill, Hanif Kureishi and David Hare (to name a few!) and it is already completely apparent to me why; when the best want the best, they go to the best. Their work in the room is already extraordinary, and I cannot wait for people to see them do their thing.

I have a barely tended Twitter account. I only tweet when I’ve got something to plug, but perhaps that’s a good thing. Don’t miss YellowFin at Southwark Playhouse 13 Oct – 6 Nov! A bitingly funny new play where politics and the planet collide. Tickets available now.

What do you want the audience to take away from the play?

I’m not sure it’s a good idea to write plays with a fixed objective in mind, and I certainly didn’t set out to write an ecological tract. A discussion arose in rehearsals the other day about the relationship between humanity and appetite; we often decry the inhumane greed of capitalism but really self-denial is the more alien impulse.  In seeking to restrain ourselves from doing things that feel good, but which are bad for the planet, we must appeal to the better angels of our nature and that is really hard. It is important to accept, I think, that theatre rarely changes minds, but it often provides solace and helps us to better understand ourselves. Yellowfin behaves like a comedy but it is structured like a tragedy. As such, I hope it might provide some catharsis, as we’re all in need of that right now.

How did you become a writer?

I always loved theatre and as a kid I did a lot of ‘acting’ (re: showing off). At uni, I fancied myself as a director but I was sort of terrible at it. Eventually there was nothing else left but to try writing a play of my own and, much to my surprise, I found that deeply satisfying. I resisted calling myself a writer for a very long time, and I still squirm whenever I’m forced to use that word about myself. But, I’ve never had an issue with telling people that I ‘work in theatre’, I guess because I always loved actors and plays and rehearsal rooms. That always just felt right.

What’s the first hook that gets a new play started for you? Is it an image, a theme, a character?

It’s often an image, or sometimes an idea for a character – ‘what if X was also Y?’, that sort of thing – and usually, at some point in the process, a song attaches itself to a new play, which I end up listening to on repeat. I guess it is something of a dirty secret but often the title is very important to me; there is no point in writing a really good play if the name is terrible and nobody wants to see it!