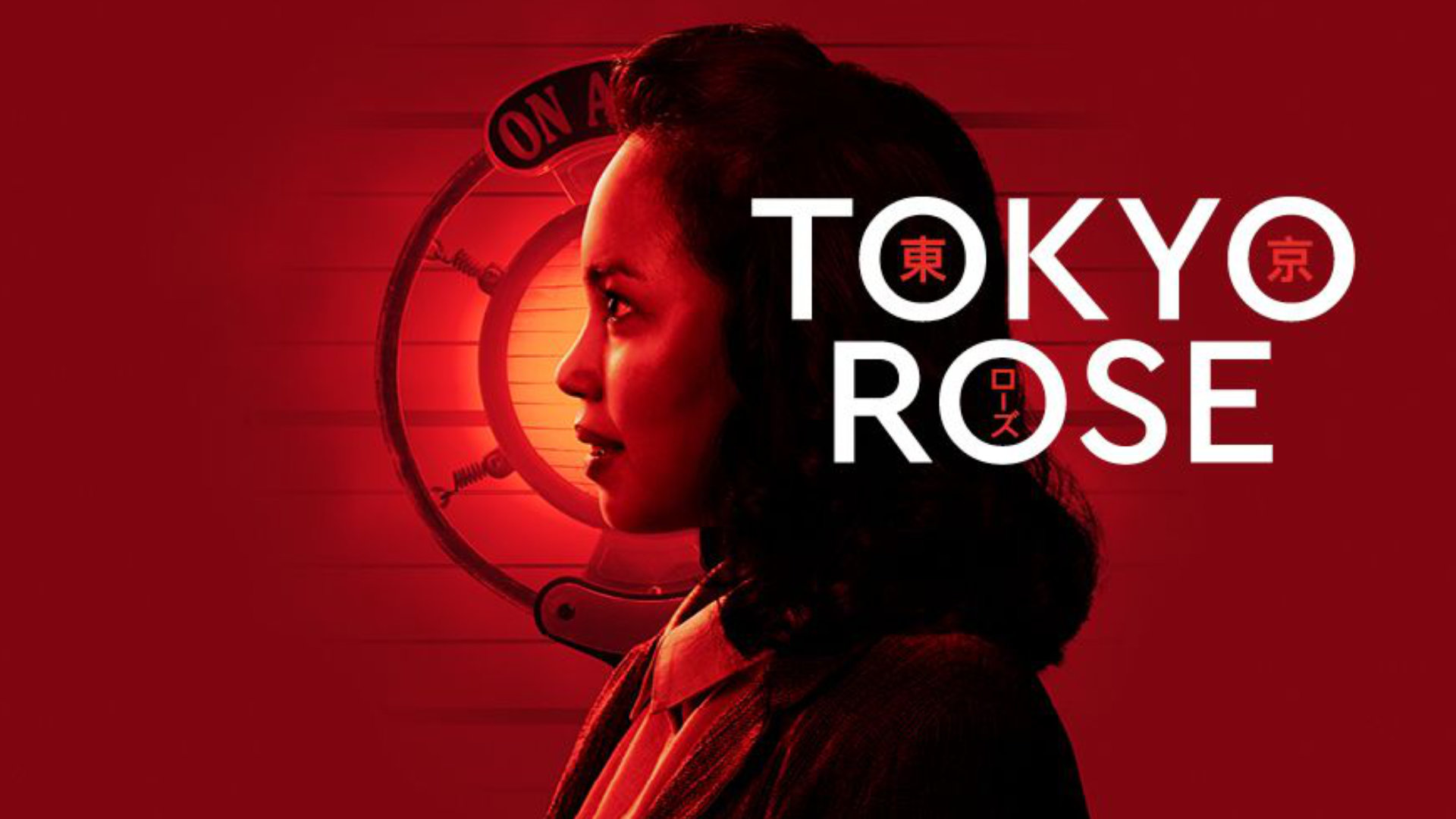 Maya Britto is returning to the role of Iva Toguri in Tokyo Rose, turn back the dial to 1949, Iva Toguri stands trial accused of being the notorious ‘Tokyo Rose’, a Japanese wartime disc jockey who broadcast Axis propaganda to the Allied Forces in the Pacific. But was Iva the villain she was made out to be? Winner of The Edinburgh Untapped Award & the Les Enfants Terribles Stepladder Award, this electrifying new musical tells the true story of how one strong, American-born woman battled through a journey of self-acceptance, only to return home to a dangerously divided nation. We were lucky to get some time with Maya during rehearsals to talk about the show and her career.

I remember going to the theatre for the first time to see The Lion King when I was about 10, and couldn’t believe how fun it all looked to be a part of. It seemed so unreachable to be where they were, but still I never forgot that feeling. It wasn’t until I was 16 doing a school production of West Side Story in Nepal did it occur to me that singing, acting and dancing is as fun as it looks and is actually something I could pursue as a career.

Aside from Iva Toguri, I did Is There Life After High School? by Jeffrey Kindley and Craig Carnelia, directed by Matt Ryan while training at the Royal Academy of Music. It was an ensemble show, and so we all played different roles throughout, but it was all about recalling the joys, anguishes, worries, loves and hates of being a teenager at high school (or secondary school) again. Any one of those roles was a joy to play and I think I loved it so much because every one of us in the cast had such special, unique memories from high school that we would discuss and relate to the show. In actuality, the feelings they evoked were all so universal between us, regardless of where or when we’d all gone to school.

Can you tell us about your new project: Tokyo Rose for people that may have not heard of Iva Toguri?

Tokyo Rose tells the true story of Iva Toguri, a Japanese-American woman who arrived in Japan just before the war began, and became torn between the two nations – being too Japanese for America and too American for Japan. She became the scapegoat who was pinned and blamed for being a radio temptress, who supposedly led GI’s to their deaths during the war. The story explores her flaws, struggles and victories throughout her captivating life and how so much of her fate was at the hands of the people around her. It is told with the electrifying music of today and is sure to have something for everyone.

What can you tell us about your character, what drew you to the role?

Iva Toguri is an American citizen of Japanese heritage, who is defiant, a go-getter, strong-willed, but perhaps naive to the harsh realities of racism in America at the time. What drew me most to Iva (besides being a strong, female, Asian lead, which I would love to see more of in musical theatre), is that she straddles between growing up Western but looks Eastern, and we watch her navigate between the two cultures and work out where she sits within it all for her own peace. That in particular is something I can completely relate to having been raised in Hackney, London but of Japanese and Anglo-Burmese descent.

What is your favourite number in the show?

It is so hard to choose just one! I think it has to be ‘Hot Off The Press’, though. It’s one of the numbers that Iva isn’t in (and I really wish she was!), but it is just so fun and catchy and performed beautifully by the amazing Amy Parker, who plays the journalist Brundidge, the man who sparks Iva’s downfall. She flips from singing to rap so seamlessly; Amy’s vocal dexterity is incredible, and I am just in awe every time I hear her sing. It is now available on Spotify and Apple Music if you want to hear for yourself!

I think doing Tokyo Rose at the Edinburgh Fringe Festival in 2019 was pretty special. I know it was down to the team I was with and the show we were doing that made the whole experience so memorable, but it was also the whole atmosphere of being part of the festival. The buzz in the air was palpable and the sheer joy of seeing and creating theatre for the love of theatre was so refreshing, in all its forms! The stage itself though, I think it was an old brick room of a club under a bridge arch, which I’m pretty sure was leaking at the back, but I could not believe that people willingly came night after night and sold out our show for the whole month, to share that space with us and create the magic of the story that we believed in, together with them.

I think it has to be the people I get to meet. Whether it’s working with them or if they’re in the audience, they’re often all kinds of people that I may not have otherwise met. If it’s in a show, you can get to know people very quickly and very intensely but it’s for a relatively short amount of time. When I think about it, it’s strange how readily vulnerable we allow ourselves to be, but I guess the massive upside there is that many cast mates become really good friends. As for the audience, when you get that laugh, or reaction from something that’s happened onstage, it’s that feeling of creating a moment of connection that no one can take away from you; it exists just in that moment for whoever is a part of it and then it’s on to the next thing and it’s gone forever. That’s kind of really exciting!

When I was doing Arabian Nights at Hoxton Hall, there was a scene where I was playing a drunk wife who was out on the town with her husband. I had a glass bottle I was supposed to take a swig out of, but just as I raised it to my mouth, the actor playing my husband tickled me from behind, causing me to knock the bottle right into my teeth. I heard the people in the front row go ‘ooooow’ and they must have seen me panic because it felt like I broke half my front tooth off. Thankfully I hadn’t and only left that night with a tiny chip, but now I watch my back when I’m drinking out of glass bottles!

When I saw Lea Salonga’s Miss Saigon audition videos on YouTube for the first time, her storytelling, stillness and command whenever she sang blew me away, even through a computer screen. I think that was when I earnestly believed that I could do what she was doing too. Unwittingly, I probably saw myself in her due to her also being of Asian heritage. Cynthia Erivo, Michaela Coel and Sandra Oh are also among my favourite actors.

What’s your go-to song for auditions or just singing in the shower?

Hmm, it depends on the audition, but ‘I’m Here’ from The Color Purple is one I love to sing. You can’t help but feel empowered by the end of it. As for shower singing, it goes from Sober by Mahalia to A Case Of You by Joni Mitchell, but one of my favourite artists Cleo Sol has just released a new album, so that’s on repeat!

That’s a really hard question…and the answer has changed so much over the years, but I think for the sheer fact it would be fulfilling a teenage dream of mine, I would love to play Eponine in Les Miserables.

I don’t really use Twitter, but my Instagram handle is @mayabritto_ See Maya in Tokyo Rose at Southwark Playhouse from 23rd September.