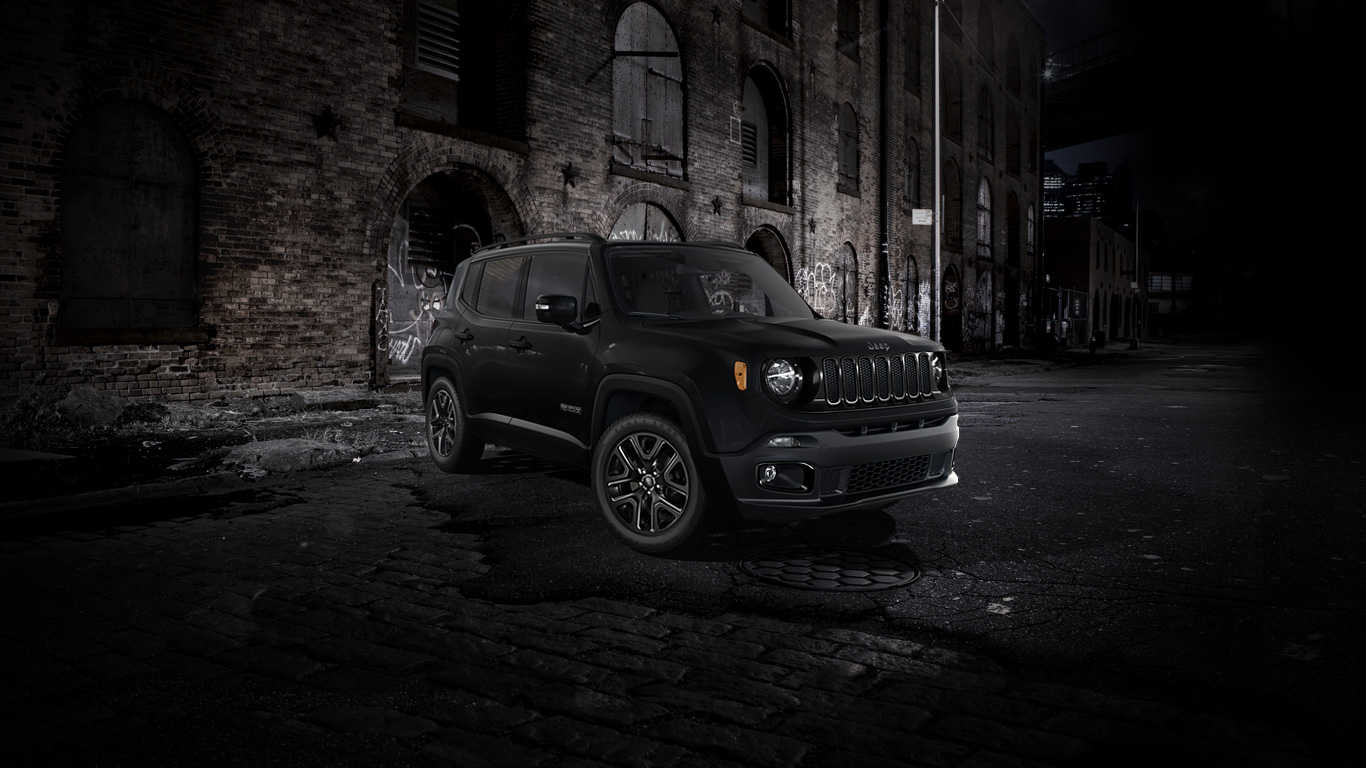 Cheeky and I headed off to Bicester to experience the release of the new Renegade Dawn of Justice special edition Jeep in partnership with the Batman Vs Superman: Dawn of Justice movie. We arrived at the historical Bicester Heritage park,  a former RAF Bomber station where our experience was about to begin. I was lucky enough to be first up to put the Jeep Renegade though its paces, so we jumped in the car with our guide and off we went. First we had a number of outdoor wooden constructions to drive over from ramps, a bridge of tree trunks, see-saws and alternating ramps. These constructions really put the Renegade through its paces, and I have to say I was pretty impressed with the off road skills of the vehicle, most cars would have given up at this point.

Then the real fun began. We entered a large ex-RAF hangar to the sound of music from the Batman Vs Superman film whilst smoke, fire and moving lights set the scene. I took the car through and over several types of terrain from a bed of tyres which was like riding a drunken horse, then over a pit of rubble, though a water trough and then my very favourite, over a very high bridge that only had enough space for both tyres, we could only see the ceiling of the hangar, it was keep the wheels straight and keep moving, exhilarating stuff.

Then we headed back outside and onto the racetrack to see what the Renegade could do on the tarmac. I have to say I was not expecting much, I always thought the Jeeps may not be particularly good on the road so I started by taking it fairly gently. But it then it started to dawn on me that the renegade had a lot more going on for it as we pushed the limit bit by bit. The Renegade seemed to stick to the tarmac on the bends and had pretty good acceleration on the straights. I never thought it would have handled that well, no wonder Bruce Wayne chose to drive the Renegade as mayhem kicked off around him… good choice Bats!

The day did not stop there… They unveiled the new Batmobile to us as well, and what a beast it was. Apparently it actually works as well, not that we got to see it move, but I did manage to sneak a quick sit on the cockpit. For a second or two I was Batman… But do not tell anyone, shhh! It is top secret…