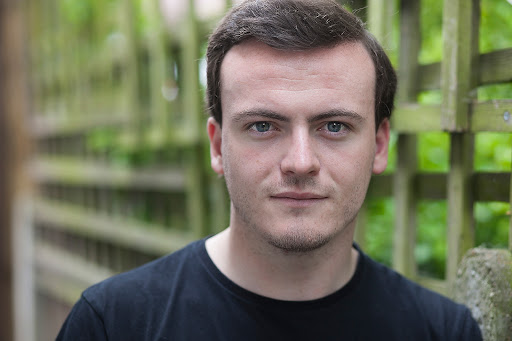 Founded by award-winning theatre producer Jamie Eastlake and writer and filmmaker Stephen Robertson, Laurels aims to provide a hub for artists and tapas lovers alike! We got to speak to Jamie about the exciting new venture on the North East coast and what you can expect from the venue.

Please tell us about Laurels what can people expect in this new exciting place for the arts from N16?

We did what we could in London. Over 300 productions came through our multiple doors in 4 years which is some achievement. Especially considering our business model was to be fair without any support from authorities etc. This is the next step. I wanted to go back home and find a way to create work for the North East. We want this building to ultimately be a brilliant night out. See a show. Get hammered. Dance to some live music. Laugh at a comedian. Eat nice scran. The full package.

How did the name come about?

Stan Laurel’s father ran theatres down the North East coast and we already have a small tapas/arts bar in Blyth called Laurences (Named after Mr Olivier) so we just thought they worked really well together. You can beat a bit of alliteration, can you?

What’s happening for the current season, what’s in store?

We opened with Serena Ramsey’s WAXA BELTA HELTA SKELTA which was described by a producer as “The dita von teese of metroland” (and old theme park in the north east) The season is about cramming in as much talent from up here and also giving opportunities to some really cool voices from elsewhere who found breaking into touring difficult. Our website has it all on it and we’re dead proud of everything. We’re really trying to give a space for queer voices as well, it’s a safe space all about togetherness. We don’t want anyone left out. Even though it’s a sprawling building plans are already in motion to make sure accessibility isn’t an issue. Most venues wait 5-10 years before even considering that. I’m directing and adapting Jonathan Tulloch’s THE SEASON TICKET in a new version called JERRY & SEWELL, that very much highlights my ambition to what the space can be. Stories about NE, forgotten voices, and work that is accessible to audiences who just want a good night.

How can people support this venture?

We’re already developing a handful of local artists as associates and have already gave out a series of commissions which is mad considering how early days it is. We’re working very closely with FELT NOWT a comedy ensemble who look after a massive range of NE talent to give them gigs. They’re class. The names we’ve had in already and the opportunity given to all these homegrown people is mind boggling.

I love anything raw. Something that you can feel the spit of the actor when you’re sitting in the front row. Simple storytelling done in an exciting way. I’m partial to a Rodgers and Hammerstein musical but there’s nothing like reading a killer script and thinking “imagine this being done in this way” It always has to have some sort of socio-political element to it in my opinion. There wouldn’t be much point in making work up here in an area that is always forgotten about and desperately underfunded and undervalued in the overall arts scene.

Why was the venue chosen in the NE coast?

It’s an old Buffs club. I didn’t know much about the Buffs but they were a working-class answer to the masons and they were set up by a theatre producer and a comedian (and that’s what me and my business partner Steve Robertson are) It just made sense. It was a dilapidated old club. Never been touched in 5 years with loads of sprawling rooms and a space in the loft that sat perfectly as a performance space. First viewing I said to Steve “We have to have this” We chose Whitley Bay because it didn’t have any independent live arts going on much and it was just down the coast from my hometown. There was nowhere messy making work. It’s all about tribute acts in this neck of the woods. I’m not saying that’s a bad thing but where do artists get to play and create and make a mess and audiences get to see a star before they hit the big time.

Lee Halls writing was a huge inspiration for me coming from the North East and Michael Harrison I’m always in awe at what he is doing in the industry. I have a load of people I’ve worked with who I totally see as being heroes Sara Joyce, Luke Barnes, Graeme Thompson and David Byrne to name a few. There serial go getters and I love that. Spearheading change and having that dialogue is so important.