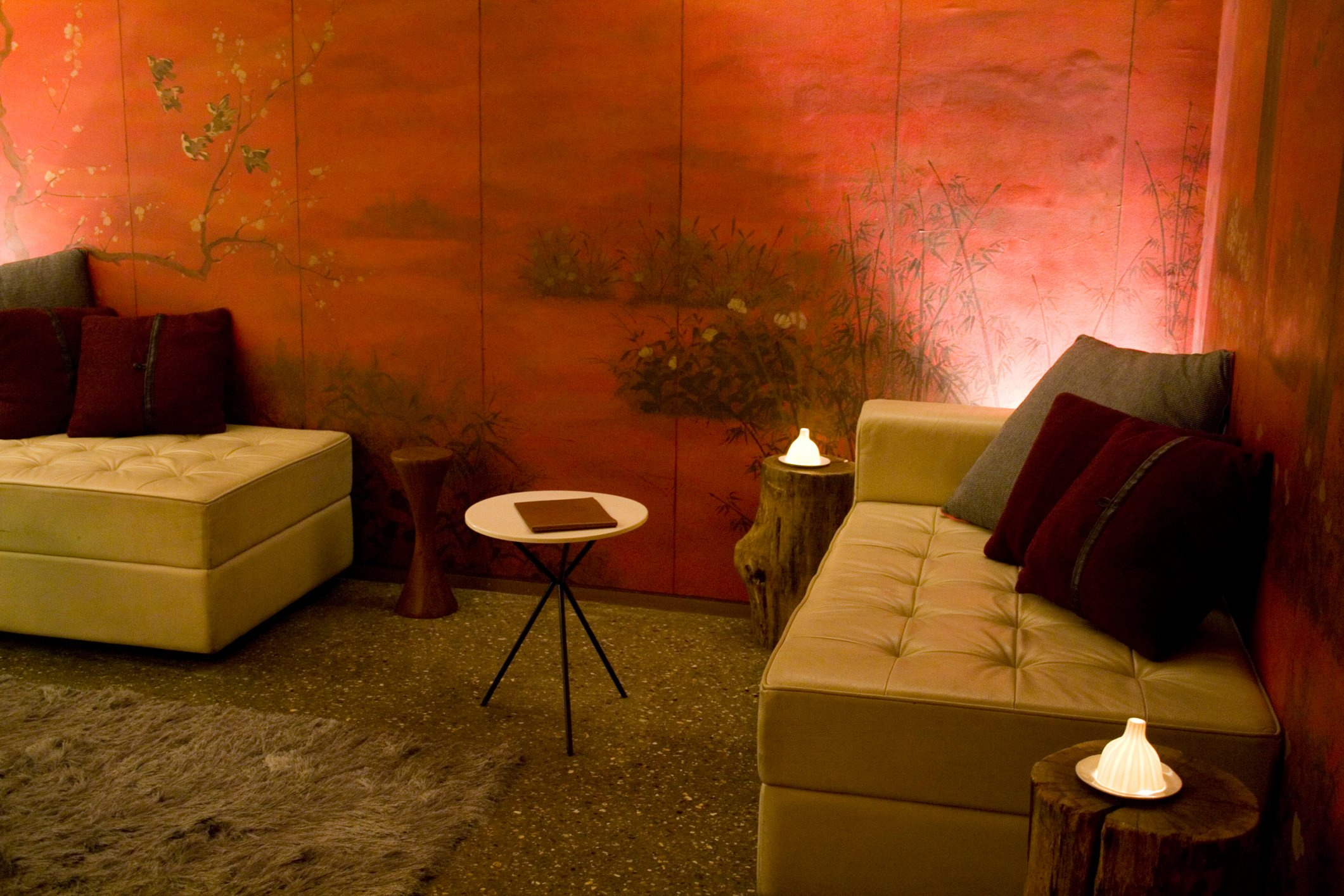 You can walk down Sloane Street, which is possibly one of London’s most glamorous fashion districts, a thousand times without spotting Le Cercle. It is nicely hidden on Wilbraham Place at the Sloane Square end and the fact that the entire bar, restaurant and lounge are all underground enhances Le Cercle’s elusive nature. When you do eventually find it you will wish you had been more vigilant on your previous visits to this part of Chelsea.

I arrived earlier than my guests, which gave me a chance to sample some cocktails. I say some, there are only two cocktails I ever order: a Sweet Manhattan and a Rocks Mint Julep (for the next time you see me propping up a bar). Having ordered both cocktails, I was impressed, it was clear that the bartender was a conummate professional – so much in fact that I spent the rest of the night alternating between the two. Though neither of the cocktails I ordered were on the list I did have a glance at the cocktail menu and those who prefer to trust to old favourites rather than engage in mixological experimentation be reassured every classic was present.

The world of wine can sometimes be extremely daunting. It is one of our planet’s oldest (dating back 8,000 years), most profitable (it is one of the only consumable Veblen goods: a good for which the demand rises as the price does), most widely recognized and cultivated commodities (the top three wine producing countries supplied over 10million tones last year). There are tens of thousands of vineyards, thousands of variations of wine and aside from the polar caps; it is produced on every continent. So in the various situations one can find themselves in which a wine choice must be made, from a ‘bring your own bottle dinner party’, to a thank you present or at restaurant, making the right choice can be tricky. And with wine being so unwaveringly linked to celebrations or special occasions, the choice is usually an important one. This weighty burden is lifted with a wine pairing menu.

Writing a review on wine pairing menu is hugely different to writing an ‘A La Carte’ menu.  With ‘A La Carte’, the review can be superfluous if the food you tried is not to your liking. I tend to go for seafood to start, steak as a main and cheesecake as a dessert, to drink I usually go for Burgundy-Chardonnays, Chablis or, if I am lucky enough to be in a place that has it, a 2008 Puligny-Montrachet. If none of these tickle your fancy, you have to hope that the quality of what I choose translates to the rest of the menu. With a pairing menu, however, there is no choice – but this is not necessarily a bad thing.

At Le Cercle the pairing menu consists of five dishes. To start we have the Celeriac and Hazelnut Soup with a 2010 Montravel sec, “Sauvignon”. Having just come off the martini train, this light soup was the perfect way to kick start the meal – not too overpowering and the wine was a welcome substitute to the hard liquor I had been treading in. The Glazed Salmon and Marinated Choucroute with a 2009 Rully “Les Villeranges” was next out and beautifully cooked. Salmon, being my favourite fish, is always a welcome addition to any meal. The wine – chardonnay grape from the burgundy region was a reminder of why I like this wine group so much, so much so I may be guilty of a food pairing faux-pas of asking for another glass.  Next up was the Roasted Duck Magret, honey glazed carrots & orange pulp with a 2008 Bourgogne Rouge. The only bad thing I would have to say about this dish was the portion size; I know it is a five course meal and it must be appreciated that there are two courses to go but the best dish of the meal was the least abundant.  The wine was the first red of the night, still from the Burgundy region, this pinot noir matched the duck perfectly but the wine seemed to remain long after the duck had finished, due entirely to the portion size.

Our penultimate dish was the St-Marcelin and candied rhubarb ribbon with a 2010 Ventoux, Cave Terraventoux. The cheese was delicious, rich and creamy and as matching cheese to wine can be relatively easy and based on the previous three parings, it is unsurprising that the sommelier was, again, spot on. Finally we had the Like a Tatin (Tart) with a 2009 Gaillac Doux, Domaine Causse Marines. The tart was a good end to a very good meal but at this point I had over a bottle of wine and four martinis and after all we were on Sloane Street so I had to keep up my decorum and there was one meandering route from our table to the exit so I decided to abstain from the last glass of wine.

Le Cercle has an intriguing menu and one I am sure I will be back to fully explore. The cocktail list, though not the most diverse, covers enough to cater for most and the bar staff are open to requests. The décor is one of the most original and well designed I have witnessed. Master Sommelier Evan Goldstein likens food and wine pairing to two people having a conversation: “one must listen while the other speaks or the result is a muddle.” As far as Le Cercle goes, this is an interesting conversation and not the last time I will hear it; as ever, it is important that one does not have disproportionately more to say than the other.