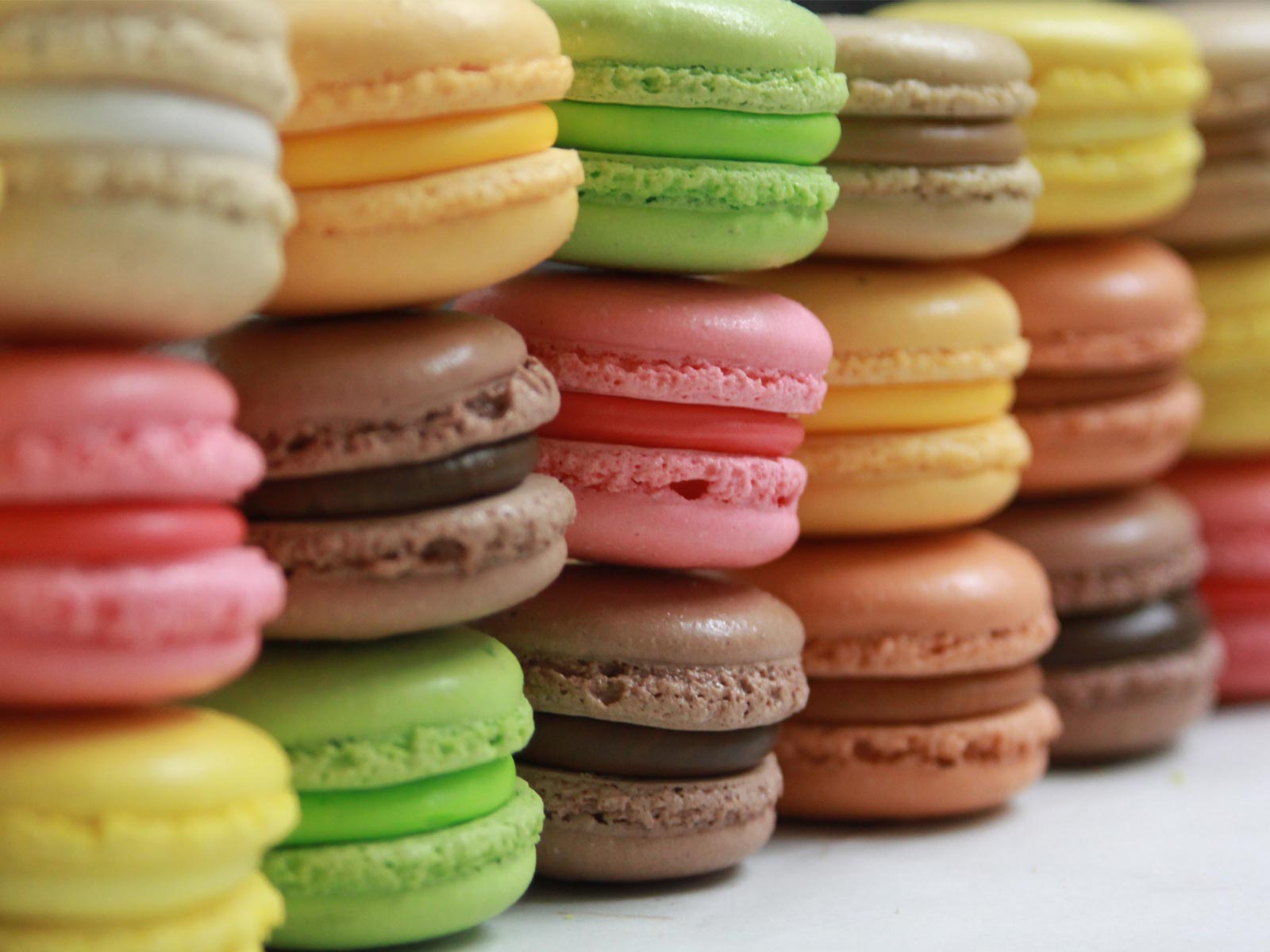 Local knowledge is one of the factors that can make a good holiday into a fabulous one. In Paris, a company called Luxury Paris gives you access, in style, to the best of the city. From organising art excursions and aerial tours by helicopter to providing a concierge service during your stay to arrange luxury transport and accommodation, Luxury Paris use their local knowledge and contacts to design a bespoke experience that fulfils your every wish. Charlotte and I have long had a passion for French pastries and, with the sudden popularity of macarons across la Manche, we decided that a tour of some of the iconic macaron houses of Paris would be an exciting treat. We opted to walk, since there would be a substantial amount of tasting required to fully appreciate the experience, but fortunately there are numerous macaron boutiques within walking distance around the area of Madeleine.

We met Caroline, our friendly and knowledgeable guide, near Dalloyau in Rue du Faubourg Sainte-Honoré. Dalloyau was established during the reign of Louis XIV, providing a variety of cakes and pastries for the Parisian aristocracy’s banquets. Their macarons are traditionally flavoured; our classic favourite, pistachio, was our first choice here to sample and we were not disappointed.

The best macarons have a delicately crisp outer shell and a soft centre to the meringue. As they sit before you in a pastel mosaic on the patisserie counter, you are immediately tempted to try all the flavours, in order to find your personal favourite. The second boutique we visited was Ladurée, famed globally for inventing the macaron as we know it today (two halves of macaron with a creamy filling) and continuing to provide some of the most delicious examples you can buy. When the Ladurée flagship store was rebuilt in 1871, it opened as a salon for the French socialites to enjoy tea and pastries and the café that adjoins the boutique is still very popular today. Marie Antoinette, who was very fond of macarons herself, is also remembered here with a line of cosmetics that bear her name. Ladurée sell a ‘flavour of the month’, but our favourite at this boutique was rose flavour, delicate and not too sweet, with Ladurée’s unique light texture. Although not considered a traditional macaron house, La Maison du Chocolat produces a range with their own particular chocolatey twist – all the fillings are ganache rather than the usual buttercream.

These macarons are exceedingly rich and less dainty than one might find at other houses but they are a must for the chocolate lover. The “Guayaquil” combined vanilla meringue with an opulent, dark chocolate ganache centre and was one of the tour highlights for me. By this point in the tour, having eaten several more macarons than I have named here (all included in the tour price), Charlotte and I were beginning to feel thankful that we had not eaten a large breakfast. However, like the dedicated gastronomers we are, we managed to follow the inexplicably thin Caroline to our fourth destination.

Chocoholics like myself should not visit Paris without going to the chocolatier Jean-Paul Hévin’s boutique on Rue Sainte-Honoré. Earlier this year, the Figaroscope judge that Jean-Paul Hévin made the best chocolate macarons in Paris. I can attest to their deliciousness. The house uses a dark Venezuelan chocolate that is velvety and complex, which contrasts the sweetness of the meringue. There are numerous other treats at the shop, including chocolate Eiffel Towers, chocolate shoes and, of course, many more ganache filled macarons to try. Once Caroline and Charlotte managed to pry my hands from the doorframe, we were able to move on to our final macaron house. Pierre Hermé also features on Figaroscope’s list, in a very respectable third place.

However, this house is known for its unusual flavour creations, leading Hermé to be labelled ‘the Picasso of pastry’ by French Vogue magazine. Seasonal offerings for the summer months included “Mosaïc” (pistachio, cinnamon and griottine flavour) and “Jardin de Paradis” (anise and saffron flavour). This was where we really got to taste the possibilities of the macaron. Caroline, ever full of information, told us that one of the notable winter flavours had been fois gras and pear. We finished the tour with our heads spinning, having never even considered a savory macaron. But while all these houses are competing creatively, there are bound to be some unexpected developments; stimulating visually and in flavour, it’s no wonder that macarons are taking over the world. After the tour, we felt quite replete, but the knawing desire to explore new and different macarons quickly returned. And we are in some very notable company. “Let them eat cake!” Marie Antoinette declared – but this was only because she wanted to keep all the macarons to herself. Luxury Paris run tours that highlight prestigious places to hidden gems only know by Parisians, they can arrange your perfect stay to discover the French “Art de Vivre”.

To learn more and to book visit their website.