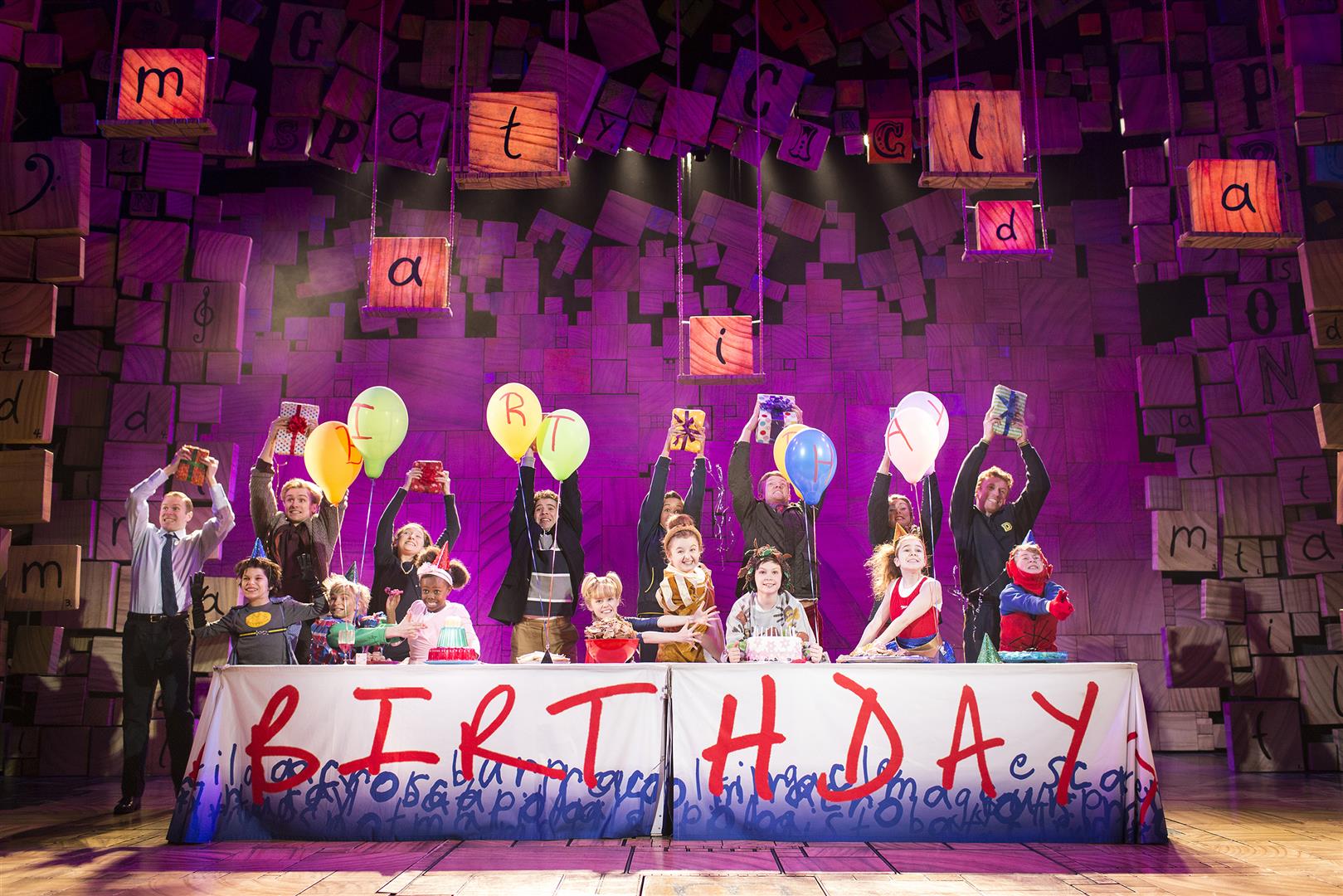 The multi-Olivier Award-winning Matilda the Musical celebrates its 5th Birthday in London’s West End where it continues to run at the Cambridge Theatre.

The show began previews in London on 25 October 2011, with an official opening night on 24 November 2011 and have chosen the day, 2 November, to officially celebrate the show’s fifth birthday.

Based on the children’s novel of the same name by Roald Dahl, the musical is adapted by Dennis Kelly with music and lyrics by Tim Minchin. The show originally ran at the Royal Shakespeare Company’s Stratford Upon Avon home for a 12 week try-out period over Christmas 2010.

In the five years since opening Matilda the Musical has been seen by over 5 million people worldwide, including over 2000 performances in London’s West End. Four worldwide productions have been mounted, in the USA, Australia and Canada, taking in an incredible 72 cities all over the world. A total of 66 young actresses have starred as the eponymous heroine in all productions – the original London Matilda’s went on to share the Olivier Award for Best Actress in a Musical. To date the show has collected 72 major awards from around the world, as well as breaking the record for the most Olivier Awards ever won by a musical production.