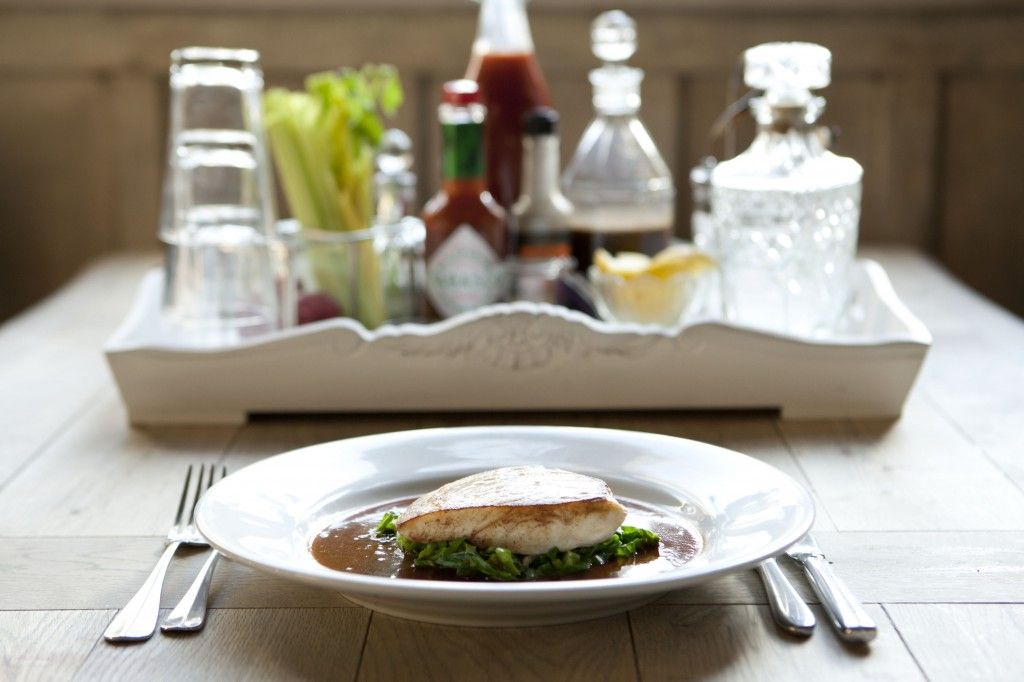 Lunch time has always been mostly uneventful for me. At school it provided a perfect two hour period in which prep could be completed, at university (if I was awake) it consisted of a cigarette and a bottle of water or left over take away from the night before and now in London it can sometimes be of relative inconvenience and more an obligatory break than a meal to enjoy. Amongst all of these historically superfluous lunches in my life, there is one form of the meal that has always remained sacred – the one which comes on a Sunday. When at school it provided the perfect setting to briefly escape the shackles of roll-calls, cramped dorm-rooms and nosey housemasters and allow a friend to host a group of us to enjoy a home-cooked Sunday roast, at university we would all meet up and systematically tour the various pubs which served roast on Sunday. These days it seems these few hours on a Sunday are entirely uncorrupted by what the rest of the week may have in store and thus are precious. With all of this in mind, Paradise, by way of Kensal Green, certainly had much to compete with.

The first thing I noticed about Paradise was my inability to notice it – completely unassuming and almost camouflaged on a street which offers no more than modern flats and an off-license. Once I entered, however, I experienced a feeling I am sure is not too dissimilar from C.S Lewis’ character, Lucy, when she first entered Narnia. The aesthetic transformation was so surprising that I, to the embarrassment of my guest, shouted, “WHAT!?” as I entered the gastro-pub. The décor was quite remarkable. The burlesque style upholstery combined with the Victorian furniture in the bar area, next to the dining room which would not be out of place in a country manor and surrounded by Georgian oil paintings produced a cocktail of visual pleasure that changed at every turn. It did not stop there: once seated my previously acute hunger started explode and fast; and this was entirely due to jealousy. I was surrounded by people eating roast with Yorkshire puddings the size of my fist (I have massive hands), sticky toffee puddings presented so well it would not be quite at home on display in an art gallery and beautifully constructed Bloody Marys.

The one thing that sets Paradise apart from every bar, restaurant, club or hotel I have ever visited, regardless of quality, is the ‘Sunday, Bloody Sunday’ menu. This menu combines your traditional Sunday Roast menu – so you have a choice of Lamb, Beef, Chicken, Halibut with all the trimmings (Yorkshire puddings, carrots, cabbage, gravy and broccoli, of course) but you are also given your very own DIY Bloody Mary kit. Presented on a silver tray with all of the ingredients and then the extremely talented cocktail bartender, Matteo, demonstrates and serves the first drink, for those unaccustomed to the method. The diner is then able recreate their own Bloody Marys, proportioning the ingredients to suit their taste. This with the decanter of vodka on the side ensures an extremely merry mixology lesson. And a lesson it certainly was – I always knew bloody marys were great hangover cures but I never knew why, until Matteo gave us a brief lesson in the composition of certain alcohol types and how they lead to hangovers, and why Bloody Marys are so effective at curing them. Though his theory works on paper, in practice it is somewhat flawed as the quality of the drinks (hands down the best Bloody Mary I have had) were such that a hangover would more likely be compounded for the next morning, due to over consumption, than cured. Nevertheless it was the perfect companion to sip whilst deciding on the roast I would be devouring.

I decided to go for the Beef Carpaccio to start which was not the best choice. The plethora of flavors and spices still lingering in my mouth from the Bloody Mary was hard to ignore. Though fresh, rich and well presented, the flavours failed to stand up to the impression the cocktail had left. I chose an Australian Chardonnay (Shaw Smith, M3 Chardonnay, Adelaide Hills, 2009) to quell the Holy War of deliciousness left by the Bloody Mary. For the main I chose ‘Roast Rump of Lunk Lamb’ with all the aforementioned trimmings (including the massive Yorkshire puddings). The Lamb was outstanding but with the gravy and mint sauce – simply incredible. So much so that I broke one of my strictest rules and shared something A La Carte. I thought I could not be the only one to experience such perfection in roast cooking. Neither me or my guest left any trace that our plates had once held food such was the quality throughout. I had cheesecake as a dessert. My plate was empty before my guest even had a chance to pick up his cutlery. A caramel cheesecake with peach and amaretto ice-cream does not tend to last very long in my presence.

I have been to a number of gastro-pubs all over London whether be to review, to meet up with friends for a meal and just for drinks. The one thing that I have noticed with most of them is that they were pubs that served food – whether that be at your table or in a separate dining area, they were always ultimately pubs.  I believe for a place to call itself a gastro-pub the gastro side and the pub side must function as one but could also exist exclusively but still maintain a high standard. It seems Paradise is one of the very few that achieves this – a drinking area and a dining area under the same roof, entirely different aesthetically yet offering the same original charm and high quality. A dining area that achieves its purpose so effectively you are only reminded it is a gastro-pub when you leave through the bar. It really is quite a remarkable place. There are very few places worthy of the title ‘paradise’ in London, it seems this establishment would at the very least be a stones throw from the pearly gates.