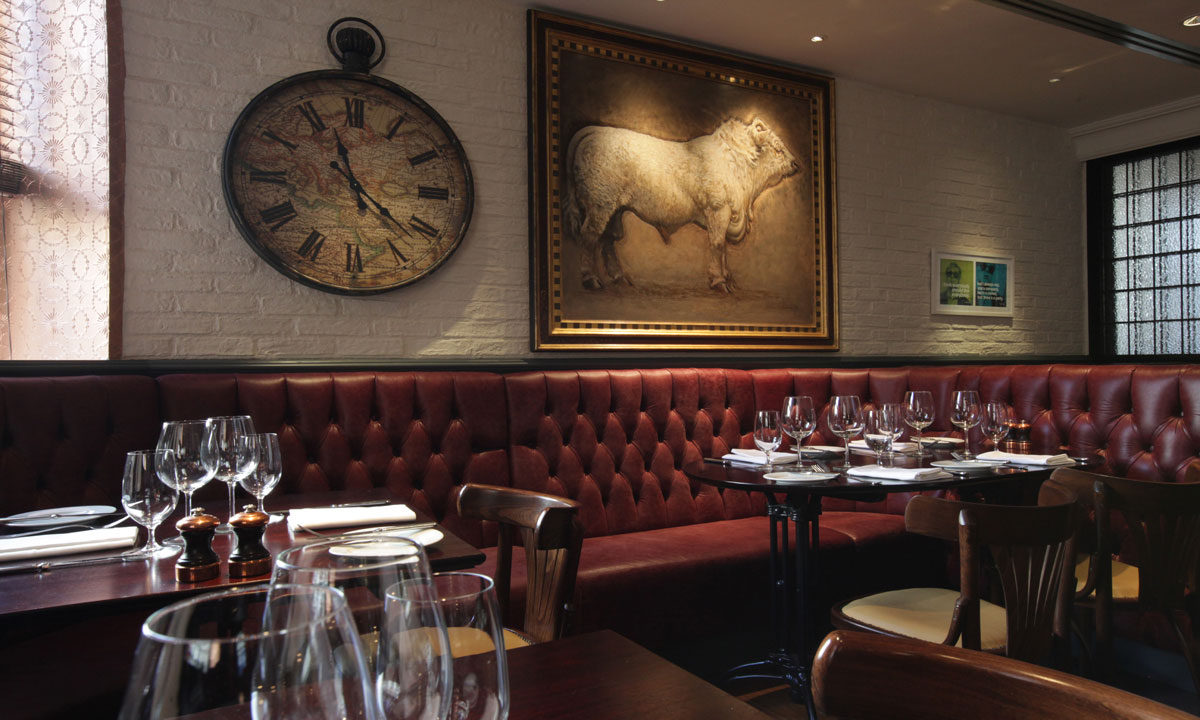 Tapas are taking over. There is absolutely no doubt about it. As far as I’m concerned, this new unrelenting fad has about the same appeal as that abhorrent technique of men tucking their jeans into their boots. The similarity is not only in the delusion that participation is a positive thing but also in that not everyone can pull it off… in fact, most can’t. It seems everywhere you go in London these days is a place where, during your first five minutes, you are presented with the new industry question, “have you eaten here before?” And a question, if answered negatively, that will invariably precede the use of the words “concept” and “fusion” (which should be abolished when describing food) and “sharing” and “fun” and “blah blah blah blah blah”. All of this is just a tedious and roundabout way of saying, “It is a tapas menu”.

Don’t get me wrong,I used to quite like tapas, but too much of something can ruin it, for example: what T20 cricket has done to test cricket. If tapas can be likened to twenty-twenty cricket, test cricket is undoubtedly a good old three-course-meal (something shellfishy, something meaty and then something cheesy). Will this new fad kill the old form of dining or are places like the ‘Reform Social & Grill’ the last bastions of hope to what seems to be a dying art?

First of all, Reform Social & Grill is located in the Mandeville Hotel. This means you get that unmistakable charm, elegance and beauty of the white brick Georgian townhouses that is prevalent in the City of Westminster, without having to experience the hell that is Oxford Street. Once inside the décor of the Reform Social & Grill explained the ‘concept’ without the staff having to – which is precisely the way it should be – a 1930’s speakeasy from the prohibition era. Instantly you know what to expect – cocktails, fishy starters, red meat and cheese. It can’t be much of a surprise that this was the route I took.

Having had a Chase vodka martini (easily the best vodka for martinis) I was asked by the mixologist, Tiago, if I wanted an ‘Old Fashioned’. Now, this is one of my all time favourite cocktails and is also the most difficult for cocktail bars to do correctly: they take 10 minutes to make and are extremely easy to blunder. Because of this, bartenders try and shy away from making it; being offered one by a bartender is just as rare as a bartender making one correctly. The only thing to match what seemed to be Tiago’s overwhelming audacity and swagger was the perfection in which he made this classic drink. Perfect. A cocktail which took ten minutes to make took the same number of seconds for me to finish. Sat in our banquette booth in the restaurant, difficult choices were made, but in the end I went for the good old shellfish, red meat and cheese trio.

The something shellfishy came in the form of a crab tart – this was exceptional. The crab is clearly fresh and succulent; the crust was just thick enough to suggest the pastry flavour without stealing the focus away from the crab. A starter which you wish were a main because it is so good, but the quality of which serves to excite you about the prospect of the main course is what restaurants should aim for. This was achieved with ease, the only downside was having to split it with my accomplice who went for the Duck Egg and Black Pudding Scotch Egg. Perfectly crispy panko breadcrumbs encasing a beautifully tangy black pudding which then gave way to an egg with a gooey yolk. Felicity Cloake needs to revise her article on ‘How to Cook the Perfect Scotch Egg’ after this experience. The red meat aspect of the meal was the Hanger Steak with Garlic Snails, I was half expecting to have to grapple with some snail shells but was very pleased to see that the little blighters had been relieved of their shells and dotted liberally over my steak which was pink, soft, juicy and almost creamy. Now hanger steak is not a cut I usually go for, I find it quite hard to look past a sirloin or a stomach stretching T-bone. I’m told by the restaurant manager, Richard, hanger steak gets it name from the butchers actually hanging this cut at the back of the shop to prevent customers from buying it.

The fullness of flavour is due to the cut being a part of the beast that is used the most – this being the diaphragm surrounding the ribs which is obviously used for breathing. The fact that hanger steak is the butcher’s choice is an indication as to the quality of the steak. Easily one of the best steaks I’ve had, ever. For dessert we had a cheese selection, presented on a wooden cheese larder with biscuits, a great finish to a very hearty meal. From start to finish; from entering the restaurant to leaving it, Reform Social & Grill was flawless. The cocktails, the food, the staff, the décor. Absolutely everything was spot on. What makes the achievement even more notable is the fact that Reform have managed to ignore the sharing food craze and created something so special in spite of it. There are many places I write about and say I will go again but this is more a gesture… as in I ‘would’ go but not necessarily ‘will’, the Reform Social & Grill however is a place I will not only definitely visit again but will encourage those who fall victim to my ‘food chat’ to visit also!! GO TO REFORM… NOW!