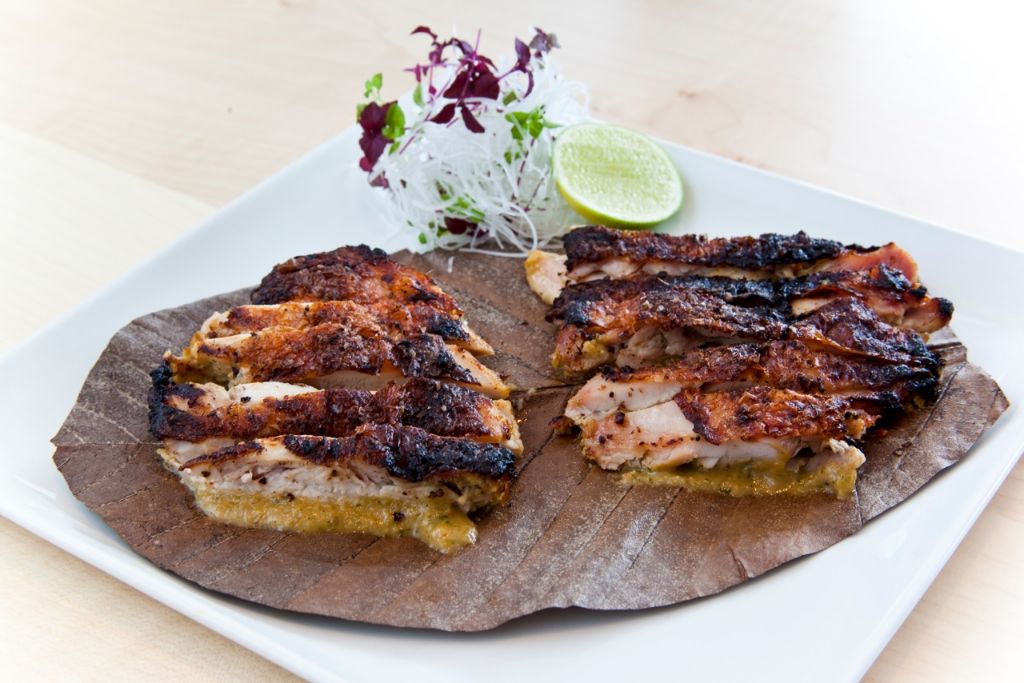 I have never been much of a fan of the West End. It has nothing to do with what it has to offer; it is the people. I can not stand large groups of people. I think this is due, mainly, to my impatience. I think people either walk too slowly, take annoying photos across the pavement which forces me to do an impromptu limbo to avoid being a permanent part of a stranger’s holiday memories, they are not consistent with their intended direction of walking, their prams or worst of all – a cocktail of the above. So when I am charged with spending an evening there, I pray the journey is worth the boiling cauldron of contempt that is building inside me on my journey.

I arrived a few minutes earlier than my guest, which is a pleasure that not many can boast have experienced – I’m sure those that know me will be unified in agreement to this fact. As I was checking my jacket into the cloakroom the receptionists insisted that everyone go to the Lounge Bar for a drink before they were seated. This was a good sign. Above anything it shows pride in an aspect of the restaurant. As they say, however, ‘the proof of the pudding is in the eating’. And just in time; I was thirsty – side-stepping tourists is exhausting and I needed a drink

As I approached the bar I could not help but notice the view the diners were treated to at Senkai – Piccadilly Circus and Regent Street. As I have lived in London all my life (I’m sure other Londoners can back me up on this) there is nothing more tedious than seeing a Hollywood movie showing Piccadilly Circus when highlighting the fact that the next few scenes take place in London a tedium that is only compounded when characters have nauseatingly out of place cockney accents. At night, however, in the warmth of a Japanese restaurant, with a cocktail bartender as gifted as Senkai’s Raphael, all of this is soon forgotten. And gifted he certainly was, during my wait for my guest I had a chance to speak to Raphael who, having asked me which my favourite drinks and spirits were, gave me an encyclopedia level mini-lecture on everything I thought I knew and more on the art of Mixology. I tried some of his home made cocktail ingredients – infused vodkas, fruit and vegetable purees, garnishes and mixers. Considering 99% of places have store bought ingredients, this was a good start. I was tempted to have another cocktail before my guest arrived but I knew, judging by Raphael’s obvious talent, I wouldn’t be able to stop and the night would turn into a drinking session as opposed to a dinner date. Just as well, my decision to briefly abstain from alcohol came just in time, as my guest arrived.

I usually have sushi as a side dish or a starter so making it an exclusive aspect of a meal was unchartered territory. It goes without saying that the premise nehind sushi is sharing so they suggest you order 6 or 7 dishes and share (between two) so having ploughed through the menu ordering everything that once had a pulse the wait began. The first dish to arrive was unsurprisingly the squid sashimi. Sashimi is essentially fresh raw meat, which as you can imagine isn’t to everyone’s liking. I love my steak cuts rare and having had the squid sashimi this love affair is likely to stay monogamous. As there is very little you can do to Sashimi, I knew this was not the restaurants fault but I just clearly do not like raw squid. The next dishes to arrive were the chicken and fois gras, and pork dumplings. I consider myself to be relatively mild-mannered but I would happily kill anyone for another plate of these dumplings and on death row my last wish would be for some more. There are two times in my life I have asked for thirds; the first being when they served banoffee pie for dessert at school and the second being when I had the chicken and fois gras, and pork dumplings at Senkai.

As I regained focus from delirium the dumplings had me in, I noticed more dishes had arrived. The Salmon sashimi was as delicious as salmon can be. The spicy tuna was rich and juicy, spicy enough for ‘pepper-heads’ to notice but not too spicy that the milder palates could not tolerate. The final rounds of food before desserts were the venison tataki with fresh red cabbage and delicious goma dressing, and prawn tempura; a great end to a great meal. For dessert we had the selection of Senkai ice creams and sorbets which came beautifully presented on a solid slab of ice. Alas, it was beginning to dawn on me that as the meal progressed, the further away I would be from those dumplings. I was cheered up somewhat when our cocktails arrived. The cocktail list was comprised entirely of drinks that are exclusive to Senkai with some variations of classics to boot. I maintain a sign of a good bartender is one who can make dozens of cocktails that are not on the menu. So I had two sweet Manhattans and a Mint Julep (bourbon fuels me). Neither of which were on the menu but are the only cocktails I drink and both of which were made perfectly.

In closing, Senkai is a great restaurant. Anywhere that served food good enough to kill for (my beloved dumplings) is worth at least a try. The reasonably priced sharing dishes means you can try dishes or go for seconds and thirds without breaking the bank. The cocktail bar is good enough to function as a top London bar independently and the fact that they have a club which closes at 3am means you don’t have to brave Piccadilly Circus at the end of the night but can indeed spend an entire night and early morning at Senkai.  I am now a West End convert it seems and all because of a dumpling.