The Lady in the Van – Brighton Fringe Review 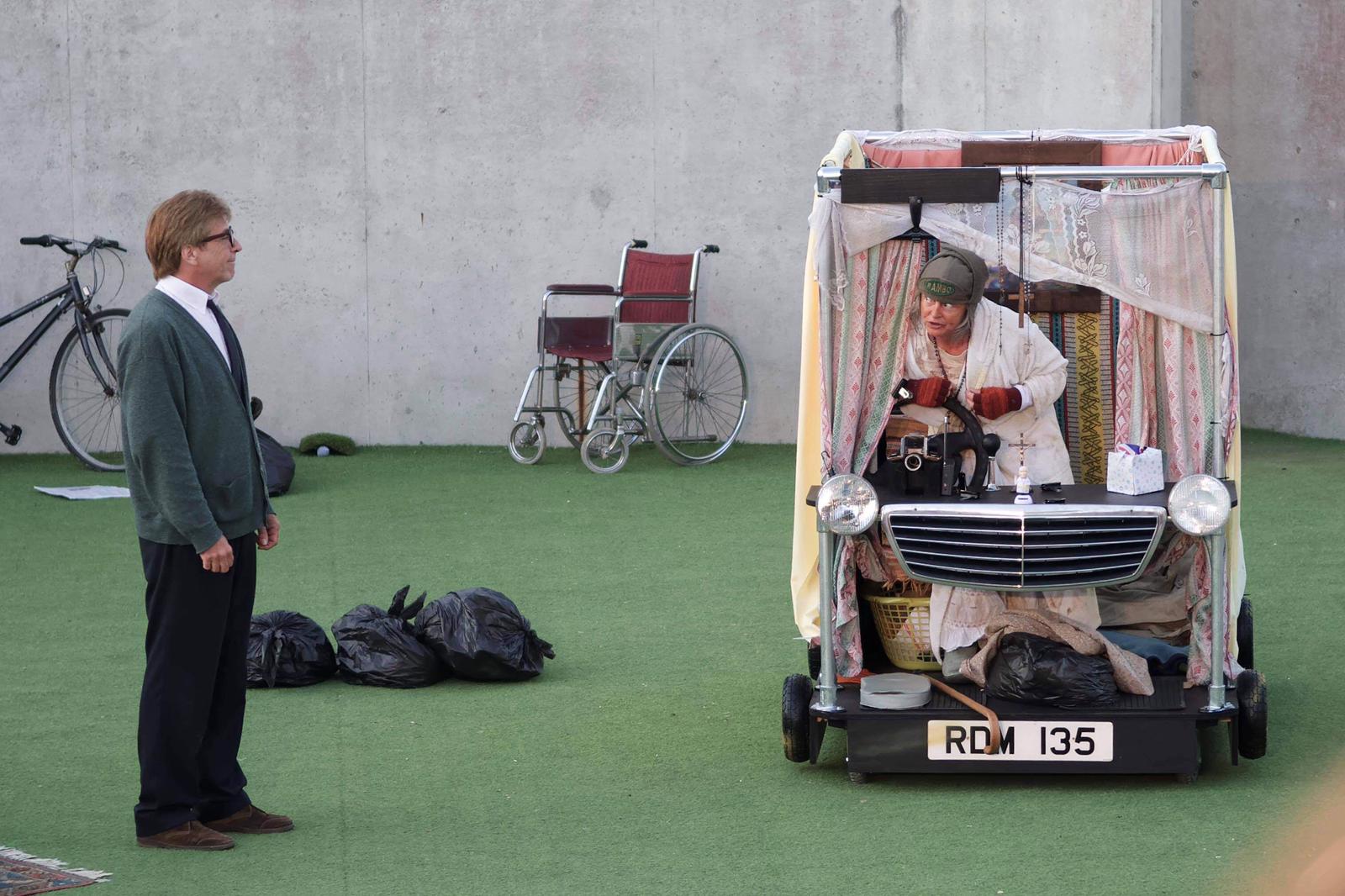 You may be familiar with Dame Maggie Smith’s interpretation of Margaret Mary Fairchild (AKA Mary Teresa Sheppard, Miss Shepherd or MT Sheppard) in Alan Bennett’s 2015 film, The Lady and the Van, and this true story transfers equally seamlessly to the stage.

The Brighton Fringe version of The Lady and the Van by The Sarah Mann Company, took place at BOAT on a glorious summer’s afternoon, where the audience soaked up the sun and the atmosphere in the open air amphitheatre. The actors themselves must have been hot as they were clothed in layers for multiple roles, but they remained fresh and calm as the infamous dialogue unfolded.

Directed by Nick Bartlett and Janette Eddisford, the story is long enough to warrant two halves which is just the right amount of time for the highs and lows of the pair’s rocky relationship. Albeit the second half is much less comical as it focuses on the guilt surrounding Bennett and his mother, and Miss S’s mental health. Thankfully the play was set in the round, so wherever you were sat you could see the desk marking the front room, where Bennett works- which overlooks the driveway where his itinerant guest resides in her eyesore of a van- which was a constant on the stage.

Much of the dialogue is between two versions of Bennett: the “writer Alan” (Paul Moriarty) who is a constant narrator on stage and pipes up with bitter hindsight, and the “real Alan” (Nathan Ariss) who engages with the world around him and bickers with his sidekick, in an authentic Yorkshire twang. However, Sarah Mann, who plays Sheppard only has eyes for Ariss, and so the complex relationship unravels, with the audience seeing both sides of Miss S’s contradictory personality.

Although there are two Bennetts, it’s “pretend” Alan who provides constant snidey asides about this cantankerous, deranged, filthy, smelly soul, who in turn annoys, amuses and embarrasses him. But we see the other Bennett as her saviour, and although the relationship is fraught, it is difficult to know who to believe. Meanwhile, Sheppard recklessly bulldozes through life by moving into Alan’s driveway, without a care in the world, and continues to relay stories of her paradoxical past, which in turn amaze, amuse and discredit any suggestion of truth. Was she really a nun? Why was she afraid of telephones? Could she really play piano? However, the last is confirmed as she seamlessly mimics Beethoven Waldstein Sonata when she thinks no one is watching.

With the rest of the cast doubling up into other roles, the play speeds along the timeline from the seventies to the late eighties in a flash- with the high energy/ grotesque middle class neighbours Rufus and Pauline (Pip Henderson and Jack Kristiansen) adding some much needed amusement, and morphing into social workers and ambulance crew; and although there are two Bennetts, it is definitely Mann who steals the show. With her comedy timing, expert storytelling and vulnerability. She is someone, like Bennett, you will love to hate.

For more information on The Lady in the Van at Brighton Fringe see online. The production will be transferring to the Ironworks Theatre, Brighton in early September.