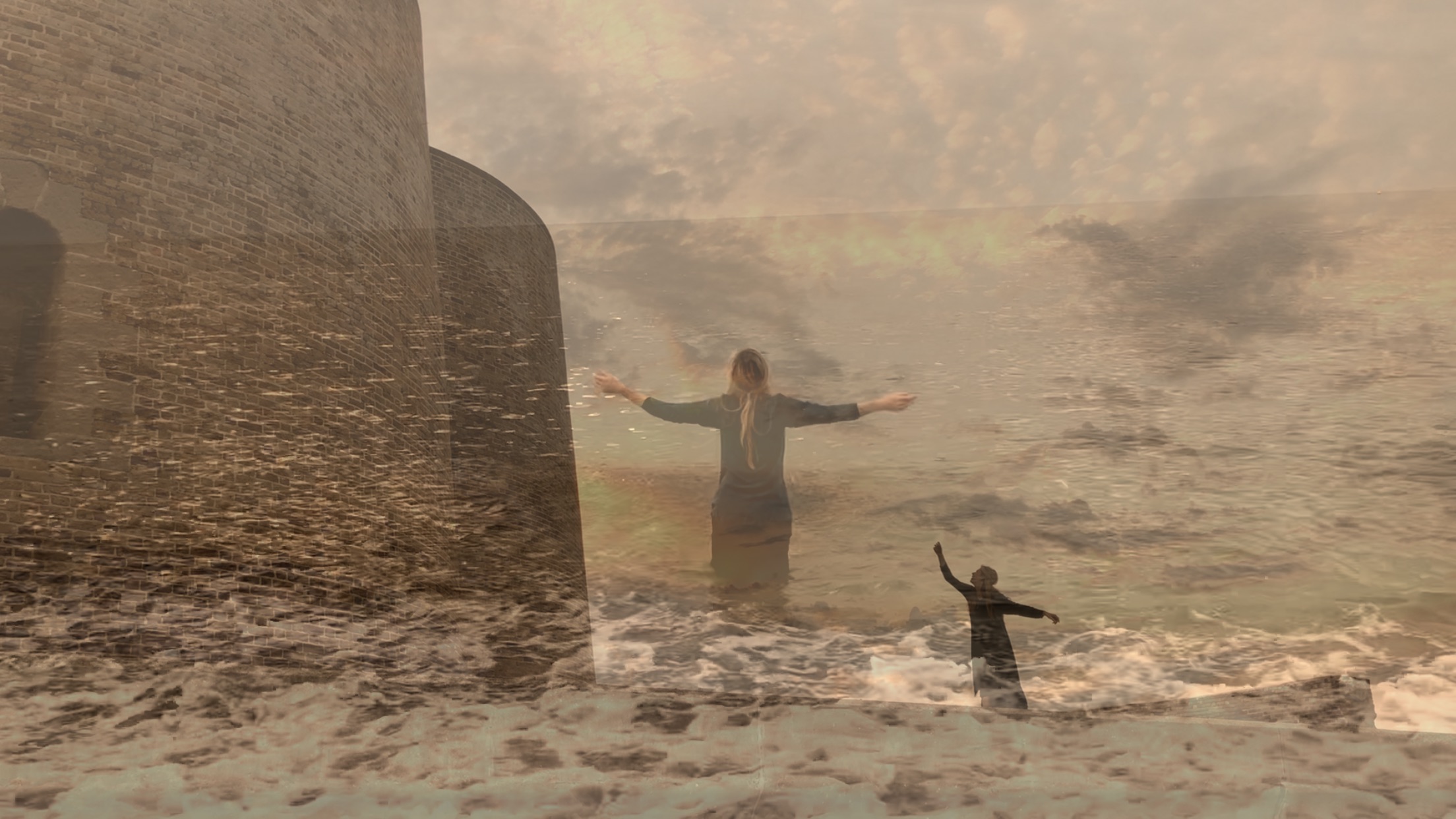 As part of the digital format for this year’s Fringe, Kate Maravan wrote and performed a solo show. Titled “The Old House”, which was inspired by her own experience of coming to terms with her own mother’s Alzheimer’s.

Maravan plays two roles – the narrator, and her 85 year old mother who is rediscovering moments as if encountering them for the first time – which is both painful and will certainly pull at the heart strings of anyone who has elderly relatives; but it’s not a weepy, sympathy-busting performance. It’s funny and true and the flowing dialogue allows us to see how difficult it is having a relationship with someone who is stubborn and forgetful yet mentally slipping away. During more lucid times, we are treated to joyful recollections – where Mother takes the lead, but these are regrettably scarce.

Directed by Kath Burlinson, the dialogue is set against an empty stage with only a soundtrack and clevermining to create the mood for the scenes. Maravan as the daughter takes on the role of storyteller, and although we are led by her vision of memory, there is a blurred line of who we are meant to have affinity with? Does Mother have any relevant input into her own history?  With equal weight on both characters, the story unfolds with Maravan portraying her mum’s repetitive questions, and her reacting as her daughter, with as much patience as she can as they drive back to their old house on the beach to relive their happy memories.

Even though there are no costume changes, the simple physical tweaks, articulation and subtle shrinking of her frame showcase Maravan’s favourable acting skills as she switches the narrative to her mother’s perspective. Furthermore, we are treated to occasional poetic narratives summarising and commenting on the situation, which are a tender aside and represent the reality of the situation.

Undoubtedly, Alzheimer’s has taken away her mother’s notion of self-awareness, and memory, but for the daughter, this is coupled with further grief as they have travelled to the seaside to scatter the ashes of her own dead child, who Maravan as Mother has no recollection of. Which adds a poignant dimension to the relationship – as we can see how the illness affects its victims by taking away clarity of thought.

The double loss of Maravan as daughter, is one which will linger after the performance, as her role of mother (to a living child) means that she has to remain self-aware and put on a brave face to cope. The Old House is a must see for anyone with a heartbeat. It will make you want to hug your relatives and appreciate the days are ticking and will all get older!

For more information on The Old House see online.