TING at The Shangri-La The Shard 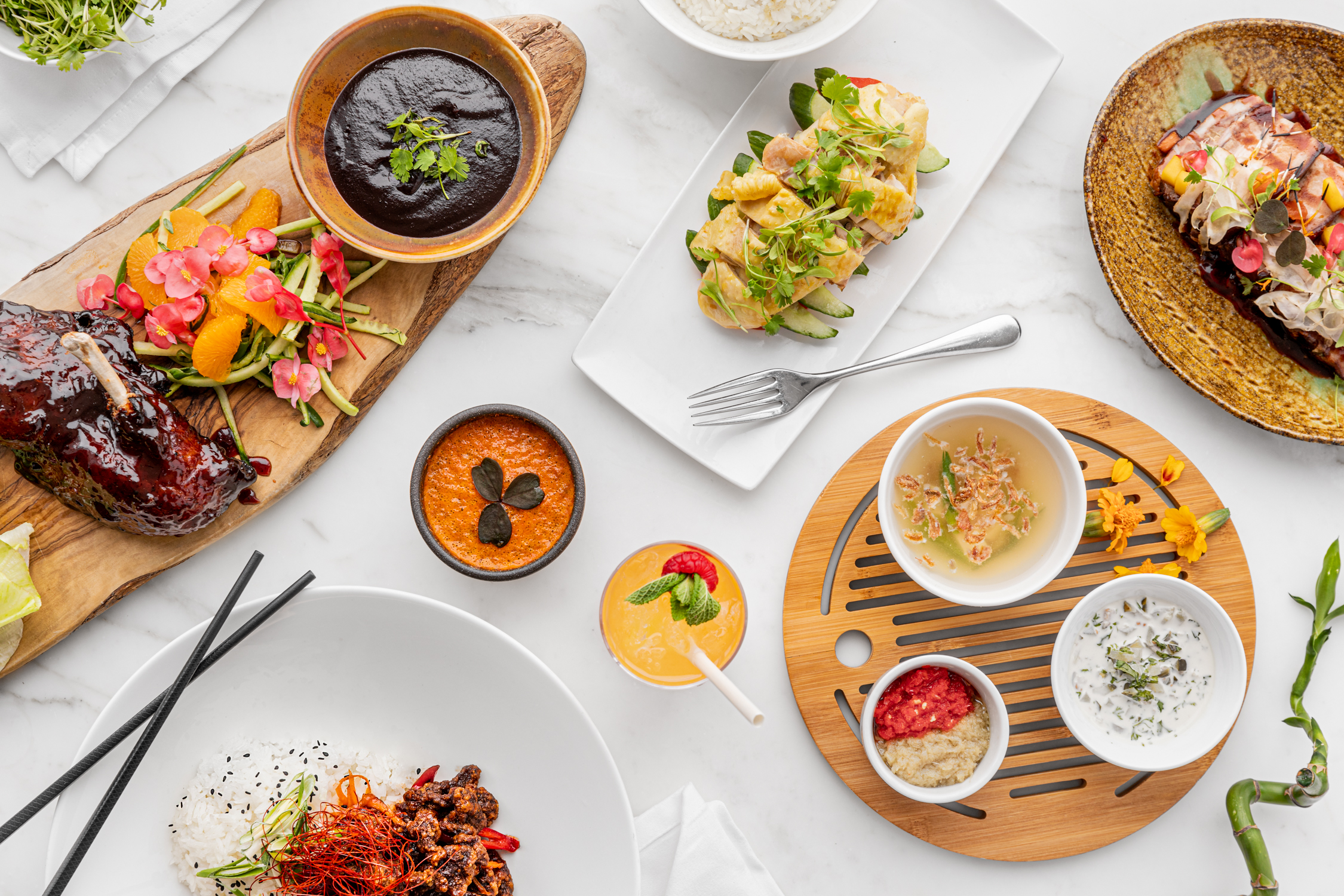 Some restaurants have style, some substance. Some, if you’re lucky enough to find them, have both. Then there’s TING. Perfectly located, TING at The Shangri-La Hotel, in London’s iconic Shard, is full of the understated Asian decor that Shangri-La connoisseurs will recognise. What’s more, the whole of London is visible from the windows, lights twinkling like a sea of stars as the night falls, but your attention will be captured by the edible delights that arrive at your table.

Our dining party arrived one evening in early summer, to find the lobby and restaurant decorated with blossoms and fans, giving the decorative lines of the restaurant a gorgeous seasonal twist. After being greeted by restaurant manager Spiros, we were lucky enough to be served by London’s Best Waiter (this is a BBB exclusive title), Francesco. Cheerful, funny, yet unobtrusive, Francesco immediately divined that some of our travel experiences had been less than ideal and spent the evening ensuring that our experience at TING at The Shangri-La was nothing short of perfect. We were also served by Head Sommelier Piotr and his assistant Kat, both of whom were eager to share their knowledge and this, combined with our recreational interest in wines, led to an odyssey of tastings that contributed to more than one fuzzy morning after.

TING at The Shangri-La Hotel serves a menu of ‘East Meets West’ featuring dishes from across Asia and classic British fare, as well as Shangri-La signatures, with a sharing ethos. We were able to choose from small plates and large plates, which led to some unusual fusion combinations, but we found the integration of styles intriguing rather than incongruous and polished off all plates that were served to us. We began with a glass of Louis Roederer Demi-Sec Champagne, the interesting complexity of honey and sweet apple flavours waking up our palates for the meal to come. We then ordered a few dishes to share and found the new menu just as divine as delightful as the one which has just been shelved (although I’m going to need a recipe for the crispy chicken skin with sambal…).

Our first dishes included the braised rabbit croquettes served with sorrel mayonnaise – five substantial fingers which had a scrumptious juicy filling coated in crispy crumb – and Thai-spiced crab tart, which was zingy with lime and ribbons of fermented radish. The showstopper was the lobster benedict, a perfectly cooked egg atop a heap of lobster meat and a wholemeal crumpet, with spiced butter. More than once someone commented that they would be very happy to see this indulgence on the breakfast menu the next day. Accompanying wine pairings from Kat included a Hamilton Russell Vineyards Chardonnay from Hemel-en-Aarde Valley, South Africa, a Chateau Plaisance Fronton rosé 2018 and a Maranoa Verdelho 2013 by renowned Australian winemaker David Traeger. The sharing of dishes as well as the pairings led to lots of discussion about wines, lots of laughter and plenty of other non-verbal noises of enjoyment, culminating in the perfect lively restaurant experience that we have all been recently reminded to appreciate.

As if we weren’t being spoilt enough, Chef de Cuisine, Scot Paterson, popped over to give us a taste of his salmon charcuterie, an art he has been perfecting during his three years at the Shangri-La. We were, however, ready for the main courses when they arrived. Half an aromatic duck was accompanied with all the necessary hoisin and cucumber, but iceberg lettuce was provided instead of pancakes, giving the dish a lighter twist. We also tried the seared Japanese wagyu beef, perfectly cooked and melting in the mouth, served on a bed of thick noodles in a deeply flavoured ‘sukiyaki’ broth, and – from the British menu – the Cornish halibut with bordelaise sauce, which was perfectly cooked and divinely savoury. We finished the meal with the cheeseboard, which provided quite enough for a couple of us to tuck in without feeling aggrieved about sharing, and the ‘cherries and pistachio’, a vegan dessert that was light and perfectly combined creamy pistachios in ice cream, sugared and pureed form with slightly tart cherries.

Fretting to Piotr about out upcoming WSET exams resulted in a spontaneous blind tasting which further enhanced the experience, including some unusual varieties such as a Chinese Chateau Changyu Moser XV and a Japanese Chateau Mercian, Koshu, 2019, aged on its lees to create a perfect combination of complexity and freshness. A Chateau Musar 2012 from Lebanon’s Beqaa Valley was one of the highlights for me, a powerful red with some noticeable tertiary aromas and a lingering finish.  Some dessert wines also made an appearance, an Austrian Kracher Auslese 2017, a rich Clos Thou Jurançon and a real treat in the form of a Graham’s 1972 single harvest tawny port. If you manage to get Piotr talking about his passion, you are bound to learn a wealth of interesting things!

TING at The Shangri-La would be perfect for your romantic meal, your gathering of friends or your business lunch. We had a delightful and unique evening and left feeling truly spoilt. Those who have visited the Shard will know that your instinct is to emerge from the lift and rush straight to the window to marvel at the way London stretches, in miniature, all the way to the horizon. But if you turn the corner and sit down to eat at TING, the staff are so responsive, the food so delicious and the wine list so simply to die for that you might even forget about the view…