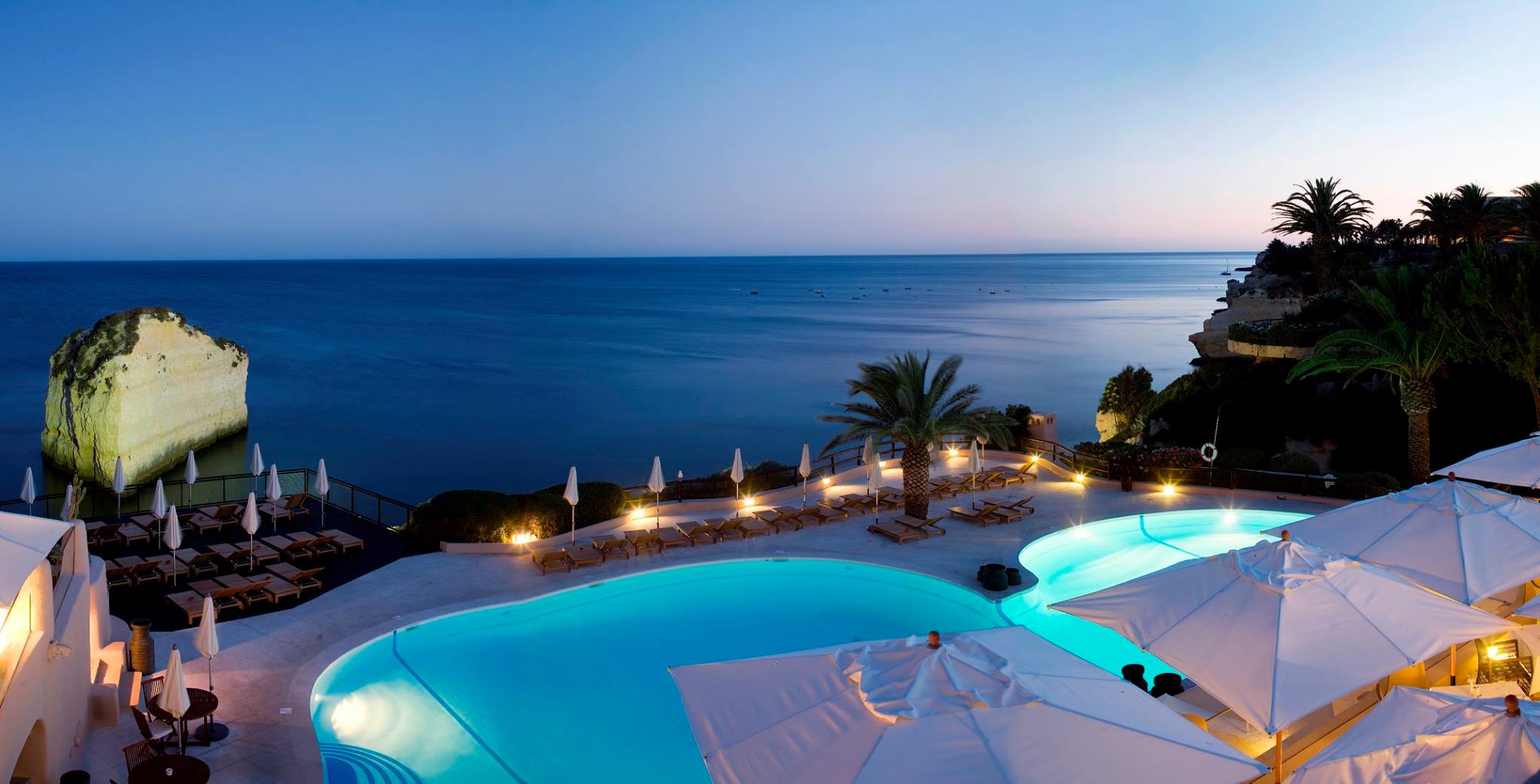 I’m lying on a massage table bed in the spa at the stunning Vilalara Longevity health resort in the Algarve. I’m not at all unwell, but I’ve recently become fascinated by unusual healing techniques like crystal baths, Kambo, energy healing and plant medicines. I heard that the luxury resort of Vilalara offers a range of alternative health services, including a program called the Vilalara Longevity Holistic Rebalance – it seemed like the ideal retreat.

So here I am, with a young osteopath/physiotherapist called Rosas chatting to me while he presses points on my legs, hips and arms. Suddenly, something feels a bit painful, stiff. “Hmm…what happened when you were between the ages of around 5-8?” he asked. “Something traumatic?” I think back…indeed, that’s exactly when my parents got divorced, I exclaim. “Oh, right. Well, you need to let that tension go. You’ve been holding it here for some time,” Rosas advises. I imagine that era leaving me, floating it up in time and space in an orange balloon. And the pain subsides.

Pioneered by osteopathic physician John E. Upledger, CST is a gentle, hands-on method of evaluating and enhancing the functioning of a physiological body system called the craniosacral system. This is made up of the membranes and cerebrospinal fluid that surround and protect the brain and spinal cord.

Using a very gentle touch, Ricardo moved my head around on my spine, cupped my skull and pressed on it lightly to listen to my body in much the same way a counsellor might listen to what I am saying. In doing so, he aimed to release restrictions in my craniosacral system to improve the functioning of my central nervous system.

Personally, I didn’t feel much different, but by complementing my body’s natural healing processes, CST should work as a preventive health measure by helping to boost my resistance to disease. For those with medical problems associated with pain and dysfunction, including autism, depression, anxiety and more, CST has been proven to be quite effective, and because it’s so gentle and non-invasive, it’s also suitable for everyone from newborns to the elderly. Mothers and babies often come for problems associated with difficult or traumatic births, too.

Ricardo seems to be finely tuned to the needs and subtle energies of each client unlike any rushed city doctor, and it’s clear that he loves his job. He tells me how Dr House is a kind of role model, and says the deeper the patient’s physical malaise, the more deeply involved he gets: “I like to think of every body as a mystery, waiting to be solved,” he says.

This is how microphysiotherapy works. I’d never heard of this French-born technique before, but Rosas is clearly enthusiastic about this mind/body technique, which he explains works by having an expert practitioner gently massage parts of the body that relate to key dates of the patient’s life and their relation to health problems. Putting gentle pressure on these points whilst reminding the patient of those stressful events helps the body to erase the scars around the internal body responsible for any negative symptoms.

Don’t think for a second that this is some kind mystical, supernatural or spiritual thing; this is a medical treatment that needs to be undertaken by a trained doctor, osteopath or physiotherapist. It acknowledges that what happens in the toxic, physical and emotional level is absorbed by the body; Ricardo’s role is to help me to discover these memories and erase them.

I didn’t come to Ricardo for any specific problem, but microphysiotherapy is advised for chronic health issues like cramps, migraines, herpes, allergies, anxiety, and arthritis, and works best when used in conjunction with mainstream medicine. It’s a new therapy that’s still being fine tuned, and three to four sessions with breaks of two months in between are usually necessary to see real results.

But this is not the only rather unconventional therapy Rosas specialises in; after this session, he introduces me to another: CranioSacral Therapy (CST).

And discover them I did. He managed to hit on literally every major traumatic event in my life from the age of 8 to the present, by just touching ‘scars’ where tension has been stored for decades. I didn’t even think about those problems much until this session – hopefully, but erasing all of those physically held emotionally based problems, my health has received a boost.

After these fascinating sessions, I move onto more better known therapy: meditation. Led by a young woman well versed in Vipassana meditation, we undertake a 45 minute session in a sunlit room strewn with cushions that starts with me focusing attention on the tip of my right toe. This attention slowly travels up the entire length of my body, accompanied by specific breath work. At some point, I became so relaxed I would have fallen asleep had it not been for my guide’s voice bringing me back. I left feeling completely liquid, light and armed with a technique I can bring home to use.

The rest of my five day stay was packed with activities, ranging from aromatherapy massages and a full body exfoliation to HIIT sessions in the gym and yoga classes. My meals included dishes like mushroom risotto, a variety of soups, salads and stir fries, all served on the restaurant terrace with superlative views over the sea.

Full disclosure: I went into this healthy, as a journalist. But by the end of my stay, I felt energised, refreshed, and even healthier. It was an absolute pleasure to walk through the beautifully planted gardens here, drinking in the scents of the fresh herbs, jasmine, honeysuckle, roses and being entertained by the antics of the ducks, swans and frogs that inhabit the local creek. My husband and I played paddle, tennis, ping pong, swam in the heated salt water pool, dipped our toes in the chilly ocean and shopped for pottery outside the resort.

There are some other spectacular luxury retreats along the emerald coastline of the Algarve, but what makes Vilalara really stand out from the crowd is its approach to health. When I signed up for the Holistic Rebalance program, I was eager to discover some unusual wellbeing techniques. But what I really discovered is that here, they understand that body, mind and spirit truly are interconnected, and they’ve managed to find a staff of expert practitioners in both traditional and innovative fields who communicate with each other to ensure the guest’s total wellbeing is considered. Perhaps this is the most unusual element of all.