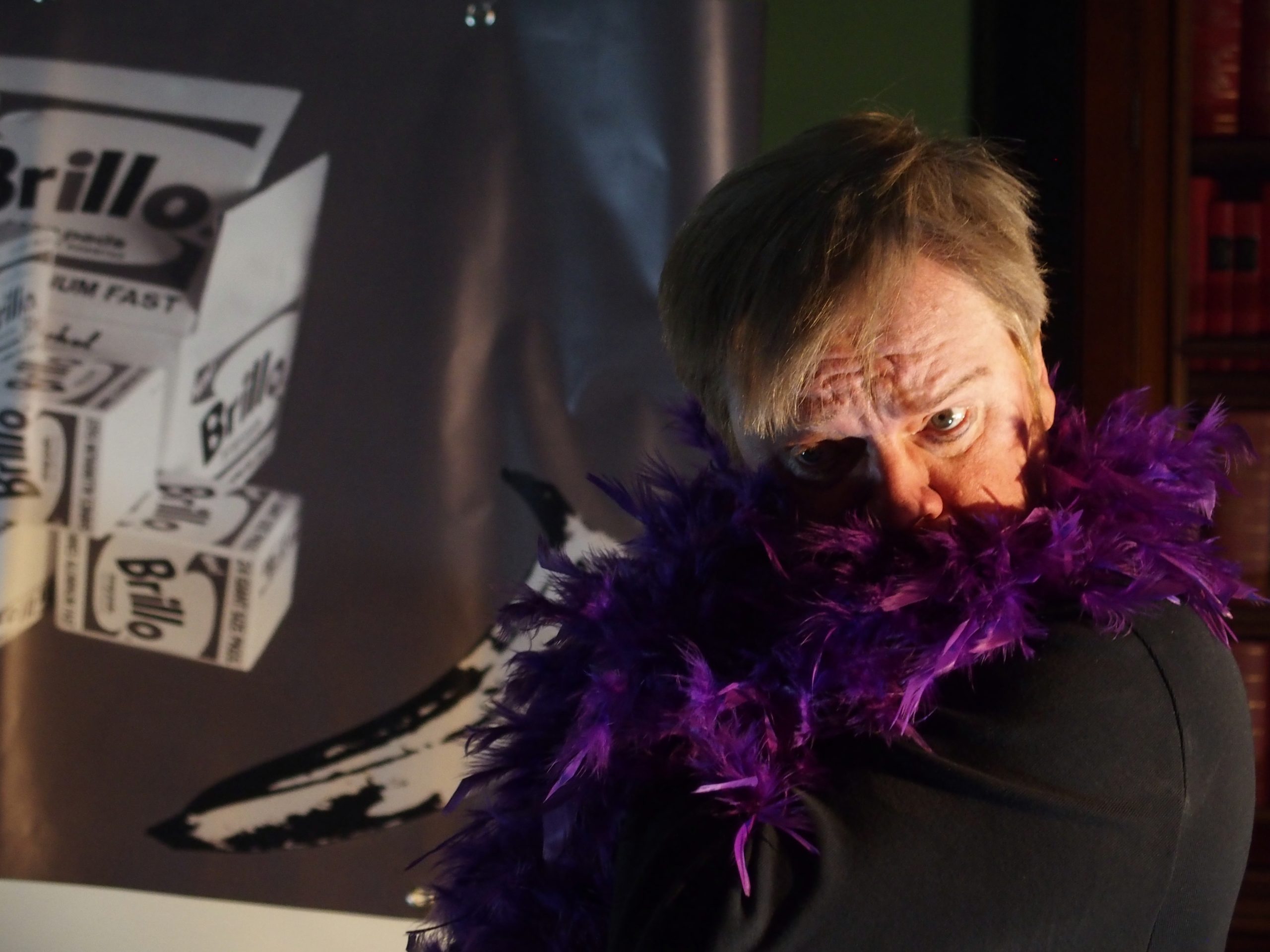 Andy Warhol’s ego would have loved this one man show all about him, Warhol: Bullet Karma, which I witnessed to a standing ovation at Brighton’s legendary Fringe festival. But although he was centre of attention for most of the time, kudos has to be given to writer and performer Garry Roost who donned a pair of glasses or a hat to slip into other characters who weaved in and out of his intriguing life story.

Directed by Kenneth Hadley, Roost blondes up wears a nondescript uniform of black jeans and t-shirt, which allows him to remain ageless whilst focusing on his colourful life in a whistlestop sixty minutes whilst almost chats with the audience as he accounts the last 40 years of his life, with a sparse soundtrack of sixties tunes.

Through his sincere dialogue, which is directed to the audience personally (the Rialto stage is perfect as an intimate setting), we learn that Warhol was a small town boy with big ambitions and eventually moved to New York with money from his father to study. New York was good for him, and he rapidly made a reputation for himself through his original and unconventional works and landed a job as a commercial artist which allowed him to set up his infamous ‘Factory’.

We join Roost as he is discussing his attempted murder by feminist and actor wannabe Valerie Solanas, who shot Warhol on June 3rd 1968. Obsessed with men, or rather, her dislike for them, she wanted to use the Factory to promote her infamous SCUM (Society for Cutting Up Men) Manifesto – a feminist tract with a goal to eliminate all males. However, we learn that Warhol had been playing her along and had no intention of giving her a platform, so when she was rejected, she wanted revenge.

The shooting, which Warhol survived, left physical and mental injuries, and the show ping pongs through his manic life and career after the event. It’s a dialogue of his favourite people, and an insight of his thought processes, which ultimately were his karma, and allowed him to produce the work he did. Warhol was a complicated character, and rather than paint him as a genius, Roost shows him as a human, complete with raspy voice and self-confessed flaws.

With a simple stage set – the whole play works against a backdrop of the iconic boxes of Brillo soap pads and the scandalous banana that appeared on the album cover of The Velvet Underground & Nico; there is just a table, some books, wardrobe props and a chair, which is a stark contrast to the party-loving Warhol we might have expected.

However, this serene set works well as an epilogue, where we are introduced to some of his well-known contemporaries, such as “it- girl” Edie Sedgwick, Truman Capote, Lou Reed and David Bowie who are all recognisable by their trademarks. Rather than a plea for forgiveness, the honest conversations show Warhol for what he was, as he unapologetically sashayed through the sixties with his massive ego. Nevertheless, karma always gets you in the end, and even though you can’t deny he was famous for more than fifteen minutes, he died an untimely death at 58 from surgery complications, which makes this show even more poignant and tragic.