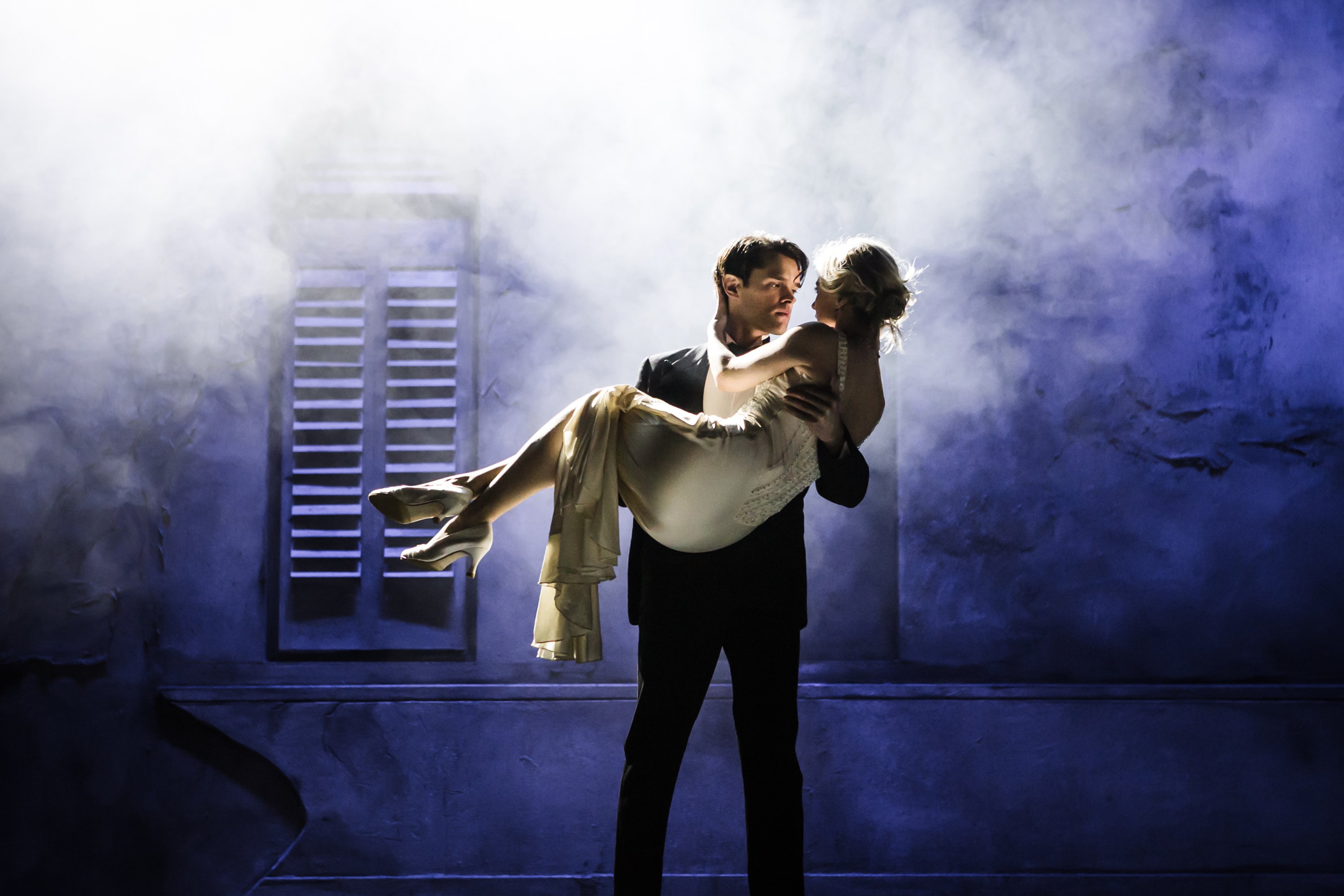 Death literally does take a holiday in this musical version of the play that inspired ‘Meet Joe Black’. This European premiere reaches Charing Cross Theatre after starting in New York off-Broadway in 2011. Reuniting artistic director Thom Southerland with composer and lyricist Maury Yeston, who also wrote the score for ‘Titanic’, which Southerland directed at Charing Cross Theatre last year.

Based on an Italian play by Alberto Casella that also inspired the film ‘Meet Joe Black’, ‘Death Takes a Holiday’ finds the Grim Reaper doing just that in an Italian Villa for two days. After letting Grazia Lamberti (Zoe Doano) survive a car accident that should have killed her, he drops in on her family for the weekend. Disguised as Prince Nikolai Sirki, Death sets out to try to understand why people are so afraid of him – and falls in love in the process learning about human emotions.

Southerland’s staging is pure gothic romance. The set a blue-hued, vine-covered Italian villa is backlit and produces clever moments with the set frames being moved and lighting used to great moody effect. The props are few but used well with chairs as the car at the start and stunning costumes by Jonathan Lipman.

Yeston gets a lot of mileage out of the show’s premise in his music. He mixes the baroque and the comic, with some affecting lyrics. Yeston’s score and lyrics range from a sardonic servants’ chorus, to the dark, velvety tones in which Death announces his arrival, to high-flown love duets and a happy waltz.

Chris Peluso is supernaturally handsome as Death. He’s also sinister on a coin-spin, flicking deftly between childlike joy at a plate of eggs to blank-faced menace when denied what he wants. But the other characters are pretty thinly drawn I feel the story of Dario and the Duchess (Gay Soper and Anthony Cable) would have been nice to investigate further but James Gant lends comic support as eavesdropping family servant Fidele, and Samuel Thomas impresses, nailing his one knockout number as a major who flew during the First World War with Grazia’s dead brother.

For me I feel Southerland never really tackles the show’s queasy portrayal of suicide as the ultimate romantic act, but the show is different to anything else on the West End and it is always nice to support new work and the Charing Cross Theatre.

Death Takes A Holiday runs at the Charing Cross Theatre until 4 March 2017.

Thanks to Cheap Theatre Tickets BBB readers can get an exclusive offer online with discounts off full price tickets!