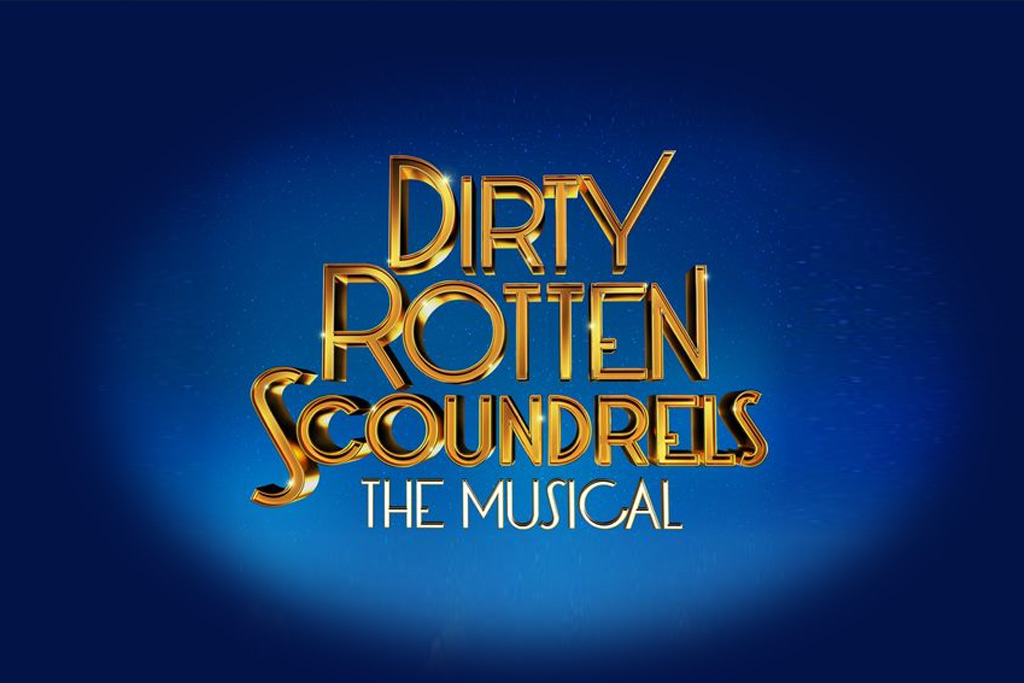 Dirty Rotten Scoundrels is based on the 1988 comedy starring Steve Martin and Michael Caine – a brilliant movie in my opinion, with some great comedy performances from the two leads and Glenne Headly. The film, which is in turn based on the 1964 movieBedtime Story starring David Niven and Marlon Brando, has been turned into a musical which opened in 2005 on Broadway and became a big hit! It has taken quite a while for Jeffrey Lane and David Yazbek’s show to reach the UK but I feel it is doing something more interesting than offering film fans a nostalgia trip. It is a great show with great numbers and brilliant staging.

Tempting Robert Lindsay back into musical theatre for the first time in sixteen years can be no waste of time either. This time he plays the suave English conman Lawrence Jameson (the Michael Caine character). Lawrence seduces and then steals from rich women on the Côte d’Azur such as Samantha Bond’s lovelorn heiress Muriel (a mixture of the various female roles in the movie).

His stings involve pretending to be a prince and extorting thousands from his victims alongside his helpful bodyguard and local Police Chief, Andre, played beautifully by John Marquez. Marquez gels well with the Samantha Bond and their characters add a difference from the movie with characters you root for in a romantic subplot. Samantha’s duet “Like Zis/Like Zat” with Andre is one of the many musical highlights of the show, and the dancing wouldn’t look out of place in Top Hat.

Joining Robert as the other lead is comedian Rufus Hound (One Man Two Guvnors), who is the much coarser Freddy (the Steve Martin role), a small-time American grifter. Freddy’s idea of a good day at the office is swindling $20 for a meal and telling a tale of his ill grandma! David Yazbek’s (The Full Monty, Women on the Verge of a Nervous Breakdown) clever score sums up the traits by allotting Lawrence a song about giving women “what they want”, while Freddy gets the aspirational “Great Big Stuff”, which covets “a life of taste and class, with culture and sophistication pouring out my ass!”

Freddy wants to be educated in the ways of the high class con and for a moment it looks as if Lawrence will be Henry Higgins to Freddy’s Eliza Doolittle. But, after an argument, they compete for the right to work the Riviera; the first dirty rotten scoundrel to separate 50,000 Euros from Katherine Kingsley’s (Singin’ In The Rain, High Society) endearingly naïve American Christine Colgate (the American Soap Queen) wins the territory and the other has to head home. Katherine Kingsley sure can dance and sing and did a great job of portraying the Soap Queen, her opening number: “Here I Am” and “Nothing Is Too Wonderful” are truly fantastic and reminded me of the original Broadway leading lady in the show, Sherie Rene Scott who did a tremendous job back in 2005.

There are witty gags and jolly, slick musical numbers including a deliciously incongruous hoedown with Lawrence’s unintended prospective bride (a terrifying, gun-toting Texan, who West End newcomer Lizzy Connolly plays with great fun in, for me, one of the stand out performances). The set and costume designer Peter McKintosh has done a great job, allowing the Savoy Theatre to seep into the set and become part of Laurence’s villa, keeping the art deco look which suits the show. I liked the way the actors interacted with the musical director and the twist at the end was played with great comic timing from Robert, Rufus and Katherine.

Overall the script is fast-paced and very clever, with plenty of atrocious foreign accents (and yodelling), plus some classic slapstick humour (mainly at Hound’s expense). The music manages to be cheerful, poignant and amusing and will have you tapping your toes. Songs range from the clever and amusing (the lyrics to “All About Ruprecht” just make you giggle all the way along), to the big ballads and not to mention the Dirty Rotten Number, which is a classic show finale. Book your trip to Beaumont-Sur-Mer now as you won’t be disappointed!