Dream of of a King 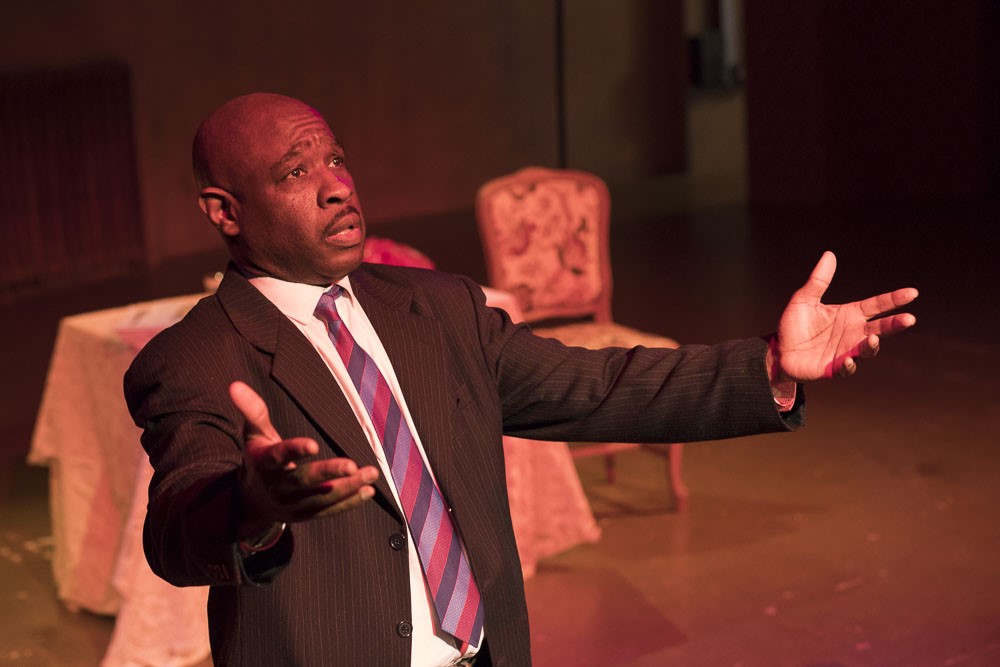 Martin Luther King was undeniably a legend; A larger than life spokesperson for Black Civil rights, a charismatic orator and a baptist minister who influenced and led a revolution. So portraying his his life into a one hour play at Brighton Fringe promised quite a task. However, Dream of a King, a one man play, written and starring Christopher Tajah, is a shortened version of the full play, which centres on the night of King’s assassination on 4th April 1968 in a balmy Tennessee motel room.

Beginning at the end of King’s remarkable journey, his life unfolds on stage as the audience learn more about how he became so inextricably involved in leading a revolution in a whistle-stop journey of some of the remarkable events that took place during his short life.

Set on an intimate stage, the audience could feel Tajah’s passion and vocal emotions as they travelled backwards through a pivotal time in black history. Despite his strengths and successes, King was racked with fears and weaknesses – with his career ultimately having a cost on his personal life which took him away from home and his family, and led to numerous affairs.

He was no saint, but Tajah portrays him as a respectful character, who was devoted to his cause, and his legacy has a world changing impact, and Dream of a King is a platform to showcase his philosophy and vision

As with all activists, paranoia is always present, and King was no exception. Petrified of answering the constantly ringing phone, Tajah cowers in corners as he knows he has upset many. Labelled the “most notorious liar in the Country” by the FBI Director J. Edgar Hoover, his phone was tapped, and rather than seeming strong and powerful, the play chooses to portray his vulnerable side. An emotional play which explores the extraordinary man behind the legend.