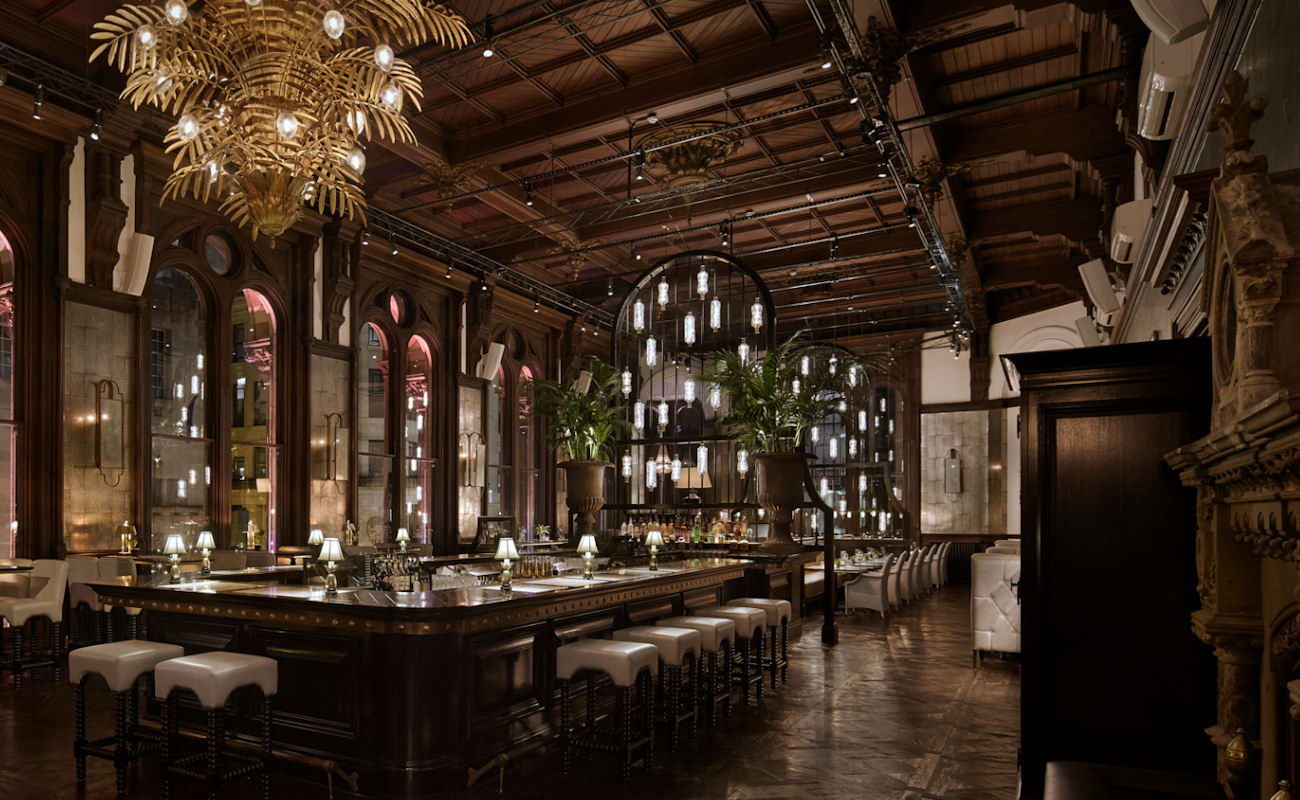 There’s a lot of good dining in Manchester these days. And I mean a LOT, at all levels, from the bargainous likes of The Hip Hop Chip Shop (I’m bemused how they serve food that good and that generous at those prices) to MANA, Simon Martin’s Michelin-tipped Noma-esque gamechanger that’s had the likes of Marina O’Loughlin waxing lyrical.

There’s another reason I picked those two as examples. They’re neighbours. Google Maps suggests their front doors are 25m apart. Also, if neither of those appeal, then there’s the excellent fresh pasta at Sugo kitchen… 20m away.

That pattern is being repeated all over the city, frequently in the sort of massive industrial space that are the stuff of every restaurant designer’s dreams, and across all price points as well as adding a level of, well, bling that befits a city with two Premiership teams (and, inevitably, restaurants owned by former players and at least one current manager).

Slipping into that slightly showier end of the spectrum is Grand Pacific, located in the city’s old grade II listed Reform Club. It’s an imposing space but, as my fellow diner, local writer Adam Whittaker, points out, it’s been given one hell of a makeover. “Well, ‘elegant’ is probably the word that springs to mind,” he says, as we take a seat at the bar, which has been inspired by Singapore’s Raffles Hotel. Red wine / martini in hand, we survey the rest of the colonial decoration, as Adam points out the level of detail from the “eye-catching intricate carvings” to the (remarkable, enormous) chandelier.

The menu, as the name suggests, skips around the globe with a particular bias towards bits of Asia, either in full or in part. Unable to decide between starters we take the simple, possibly greedy, way out with the Grand Pacific Thali Plate: sesame chicken wings, prawn tempura, “Forbidden” rice balls, glazed chicken skewers, chicken karaage, bakwan sayur (Indonesian vegetable fritters, in case you’re wondering) and duck gyoza. Sometimes such a platter is a bit lowest common denominator. Here however, it’s almost all good and, occasionally, as Adam points out between mouthfuls of duck gyoza “sublime… and superb value for money.”

Mains veer from the highly unusual to the slightly inevitable burgers and steaks. We stay on theme with the former though. Asian-spiced Duck Cottage Pie for Adam, Buri Bop Korean Hot Plate, with Sashimi Tuna, for me. The latter is fully interactive, requiring moderate dexterity with the chopsticks (or, of course, a simple request for a fork) as you mix rice, egg yolk and slivers of fish that cook rapidly on the very hot stone to a fun, tasty and satisfying whole. The Pie requires no such manipulation, just a decent appetite. It leaves Adam nodding very contentedly, pointing out the fine contrasts of the duck, the smart spicing, the home-pickled onion and the dusting of pork crackling for some texture. The one word review? “Impressive.”

Desserts are more easily selected. At some point in the future, Adam intends to publish a list of Manchester’s finest cheesecakes and Grand Pacific’s pineapple version will be on there. I have no intention of ever publishing a list. I just can’t say no to anything with peanut butter. Here Iced Peanut Butter Parfait, with caramel miso, chilli and almond brittle ticks that and several other boxes. It’s a seriously decent slab of pudding, basically.

Given the slight mish-mash of the menu, and the colonial theme, I admit I’d been sharpening my bitchier pencil on the train up, but Grand Pacific completely won me over. “It’s fighting in a highly competitive market,” says Adam, as we hit the espressos. “But unlike other venues who rely on food alone to lure in punters, here you have beautiful surroundings as well. And unlike other venues that are all about the beautiful surroundings, here you have an outstanding menu.”

It’s a crowded market at this level in Manchester currently but Grand Pacific deserves to thrive. “I think it will,” adds Adam. “These aesthetics, the staff, the natural light, the no nonsense, excellent plates on offer? It’s going to hold its own.”