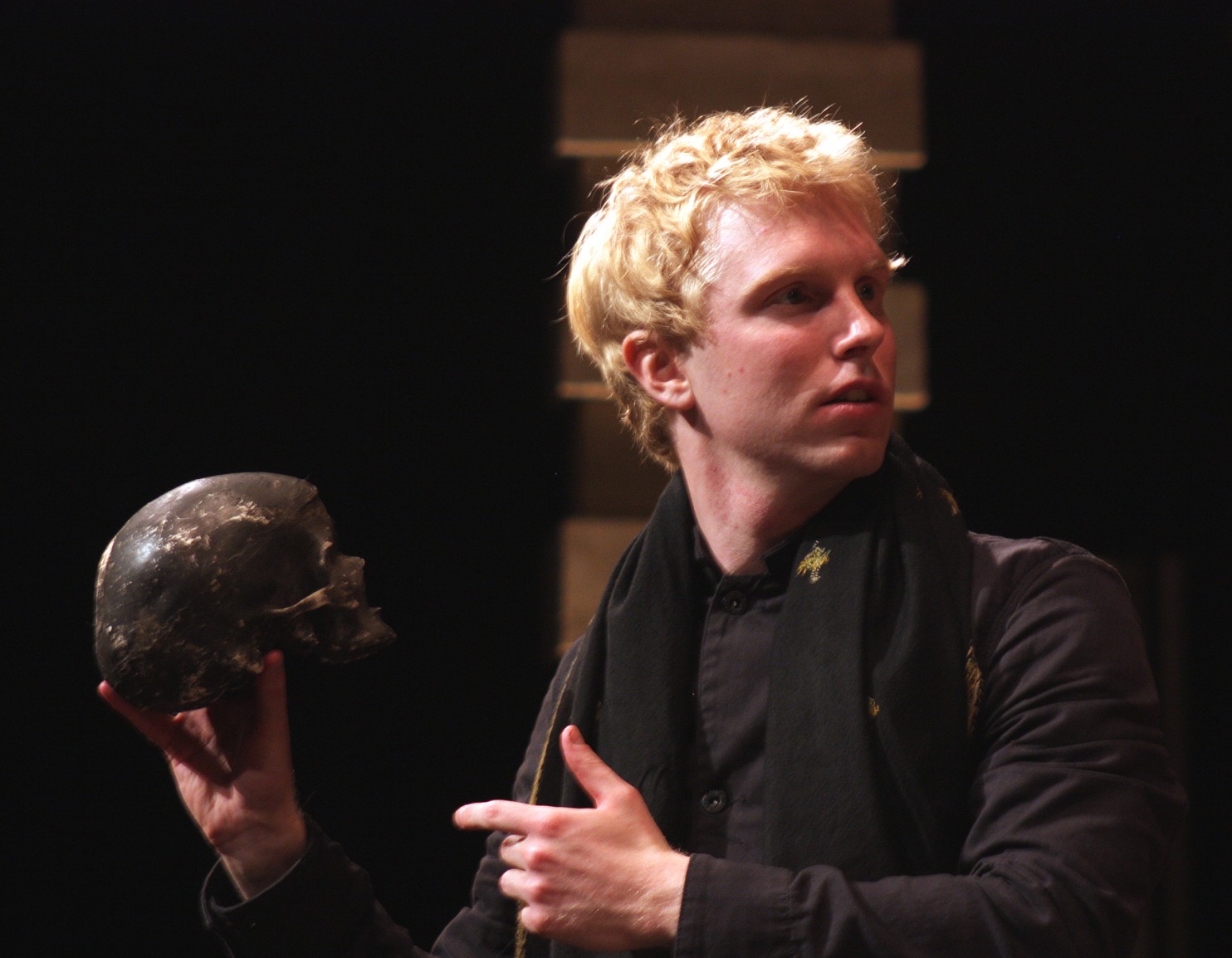 It may be said in the production “all is not well; I doubt some foul play” but a trip to the Globe is always enjoyable and Hamlet was thoroughly thrilling, all is well in this production. Hamlet is a famous tragedy by William Shakespeare. The play is filled with death and suicide, madness, incest, and the supernatural. The story is about Hamlet who’s father has been murdered, which inspires a whole series of events – bent on revenge and destined to bring destruction to all, at night the ghost of the old King demands that Hamlet avenge his ‘foul and most unnatural murder’.   Hamlet is one of the most popular plays of William Shakespeare.  Hamlet continues to be staged regularly in Britain, with actors such as Simon Russell Beale, David Tennant, Angela Winkler, Samuel West and Christopher Eccleston performing the lead role.

Hamlet encompasses political intrigue and sexual obsession, philosophical reflection and violent action, tragic depth and wild humour. This particular production is comical despite being a tragedy play.  The performance started with a ditty with the cast playing instruments. The intro was almost pantomime like, there was no hiding the fact we were watching a travelling troupe of players and the audience clapped and cheered with the start.  This play within a play was brilliant and hilarious, the crowd laughing and cheering and round of applause at the end by the audience was well deserved.

Costumes are 1930’s as base clothing with coasts, hats, waistcoats and armory used for scene and character changes.  The cast is made up of only eight actors and Michael Benz is a young, touchingly vulnerable Hamlet and reminded me of Tom Hollander, he was ironically amusing and had great timing on his speeches.  Tom Lawrence stands out in his performance as Horatio and is very animated in the role, a very gifted performer switching between his many roles seamlessly .  Peter Bray as the king is underhand and makes your skin crawl, a great characterisation.

The scene changes are crude but very effective – props are used to signify change in scene or location, when the production is touring this must help with continuity, but with any play at The Globe there is always an atmosphere that helps with any Shakespeare production!  The Globe Theatre is a perfect reconstruction of an Elizabethan playhouse that originally stood in Shakespeare’s day, featuring wooden seats in balconies, and a stage that is open to the weather, which can be somewhat of an experience when raining!

The Second Act – Hamlet’s madness was very well played out and was also funny, a real juxtaposition of emotions. The comedy duo of Rosencrantz and Guildenstern give an air of glee that contrasts the seriousness of the second act.  Shakespeare’s dialogue is farcical at times but Ophelia’s madness however is very sad and upsetting, the audience were coldly silent at the powerful acting from Carlyss Peer (last seen in the RSC’s A Midsummer Night’s Dream).

Lasting only two-and-a-half hours (shorter than usual Hamlet productions as text has been cut) at the Globe or when touring with an Elizabethan-style stage, this production directed by Dominic Dromgoole and Bill Buckhurst is a must. Season your admiration for a while and head online for more details.

Hamlet is on tour from 7th June to 2nd September 2012, for locations and to book tickets see online.