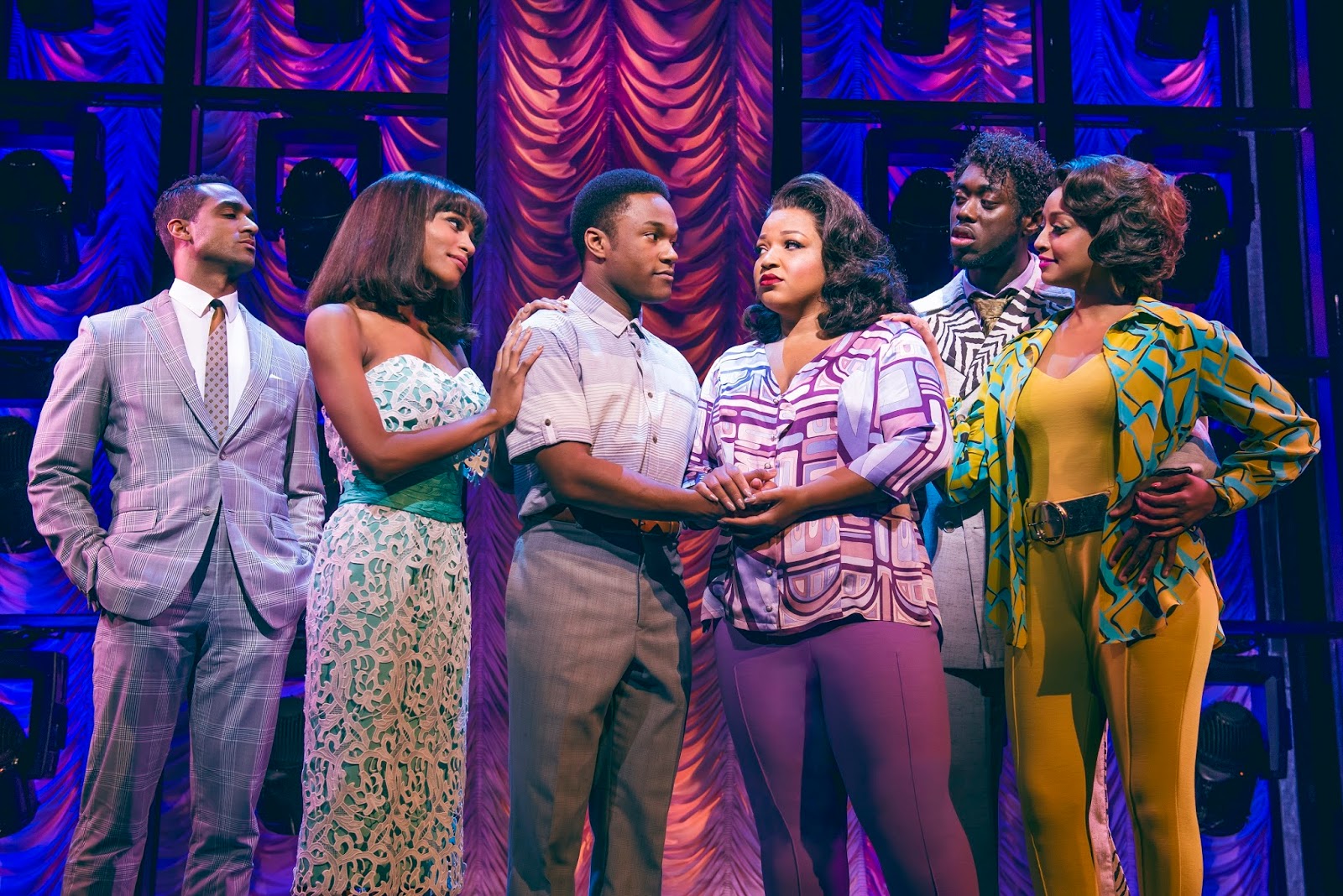 Ashlee Irish is currently starring in Olivier Award nominated Tina The Musical as Ronnie at London’s Aldwych Theatre. We got to speak to Ashlee about Dreamgirls, West End Live and Slipper gate!

I got into Acting from actually watching my Older Sister in one of her local theatre school shows and said to my Mum I want to be up there and do it too! She then found a local theatre school that she thought would be more suited to me called Ayres Clark Theatre School and I ended up being there from the age of 6 to 19! The teachers were a massive part and influence in why I actually decided to get into it all. I also loved film and Tv so used to do a lot of extra work as a Kid finishing when I was 13 however you might catch me if you look closely in “Kick Ass 2” ha!

My favourite role I have played has got to be Jimmy Early In Dreamgirls West End. It is such a massive part to play and a part I never thought I would have been given the chance to play. It was the most challenging thing I have ever had to do however I’m proud of myself for getting over the fear and doing it because its such a fun role and character to play!

Can you tell us about your current, show: Tina what drew you to the show?

Tina tells the story of the Life of the Queen of Rock and Roll with all the ups, downs and the in-between using the story of her life and her music. Tina has so many iconic songs and such a powerful story. I think people tend to think sometimes that the people at the top of their game have and had it easy but the story of how Tina Turner got to where she did and how hard she had it is so interesting and touching that I think its such a privilege for me to to be a little part in telling and sharing her story and hopefully motivate and empower others through it.

What can you tell us about your character Ronnie?

Ronnie is one of 2 sons that is shown in the show and the youngest son. He is the son of Ike and Tina Turner who will actually be brought to life by me in Act 2. He has gone through a lot of changes and challenges in his young life and has had to deal with a lot from a very young age. Tina finds herself having to balance her very challenging career and also trying to be a mother at the same time.

What is your favourite number in the show?

It is definitely too difficult for say my favourite number, there are so many! Come and see it and judge it for yourselves!!

How does it feel for the show to be Olivier nominated?

I think it is amazing that the show is Olivier nominated its is very deserving in my eyes to be up for nomination. I am very lucky for this to be the second show I’m in and another Oliver nominated show! I hope they get all they deserve on the night!

I think my favourite place I have performed was at West End live. The crowd were incredible and the biggest crowd I feel like I’ve performed to. I got such a buzz on stage and it was also so humbling to see how many people actually came out and how many enjoy and love theatre.

The most rewarding thing for me is connecting with the audience and seeing them have a good time. Many people at stage door have said that seeing a performance has made their year, has made them want to give up that negative thing in their life, has made them now want to follow their own dreams and I think that is the most rewarding thing because as much as we do it for ourselves, we are really doing it for them so to hear that means a lot and is very rewarding.

I think it has got to be slipper gate. I was downstairs ready to go on for my first number in Act 2 at Dreamgirls which was a Vegas style costume with a white boot. As I was just about to go on in 8 counts, one of my cast members shouted to me “WHAT DO YOU HAVE ON YOUR FEET” For a split second I thought ‘oh no I must have a black boot on and not a white’ but no, I had my slippers on that I usually put on in the interval and change out of. I then panicked and couldn’t go on and had to slip on at the back half way through! NEVER DO THIS KIDS!

I always find this a hard question to answer because I can never say one specific person or few people. I feel like I can find inspiration in almost anyone I meet. Anyone who is in the same field of work as me that I can watch and learn from whether that’s in a rehearsal room or watching on stage/screen. I have been in many situations where I’m watching people and it instantly inspires me. It could be a friend I’ve known for 10 years or even 5 months or someone that I’m watching for the first time!

What do you like to do in your spare time?

I love listening to music and generally going through youtube! Going to the theatre when I can is also important to me because I feel like its always good to keep watching and seeing the industry you’re in. This is the same for going to the cinema! I’m a very sociable person so I do like to make time to see friends and enjoy their company as sometimes in this field of work you don’t have a lot of time to do the “normal” things. Also maintaining the craft is also important!

I love singing “I could be that guy” from Sister Act. I find it such a fun song to sing. It also allows you to show many different sides of your voice and a great character song too which you can easily adapt depending on the part you’re auditioning for. Who doesn’t sing in the shower?! I sing about 50 songs a time!

I think I would actually love to play someone like Connor in Dear Evan Hansen. I love a comedic part and to have fun on stage so I think I would enjoy that. Also I would LOVE to play a Marvel superhero one day so just putting that out there! However who wouldn’t like to be lifted up and sing defying gravity from a height!