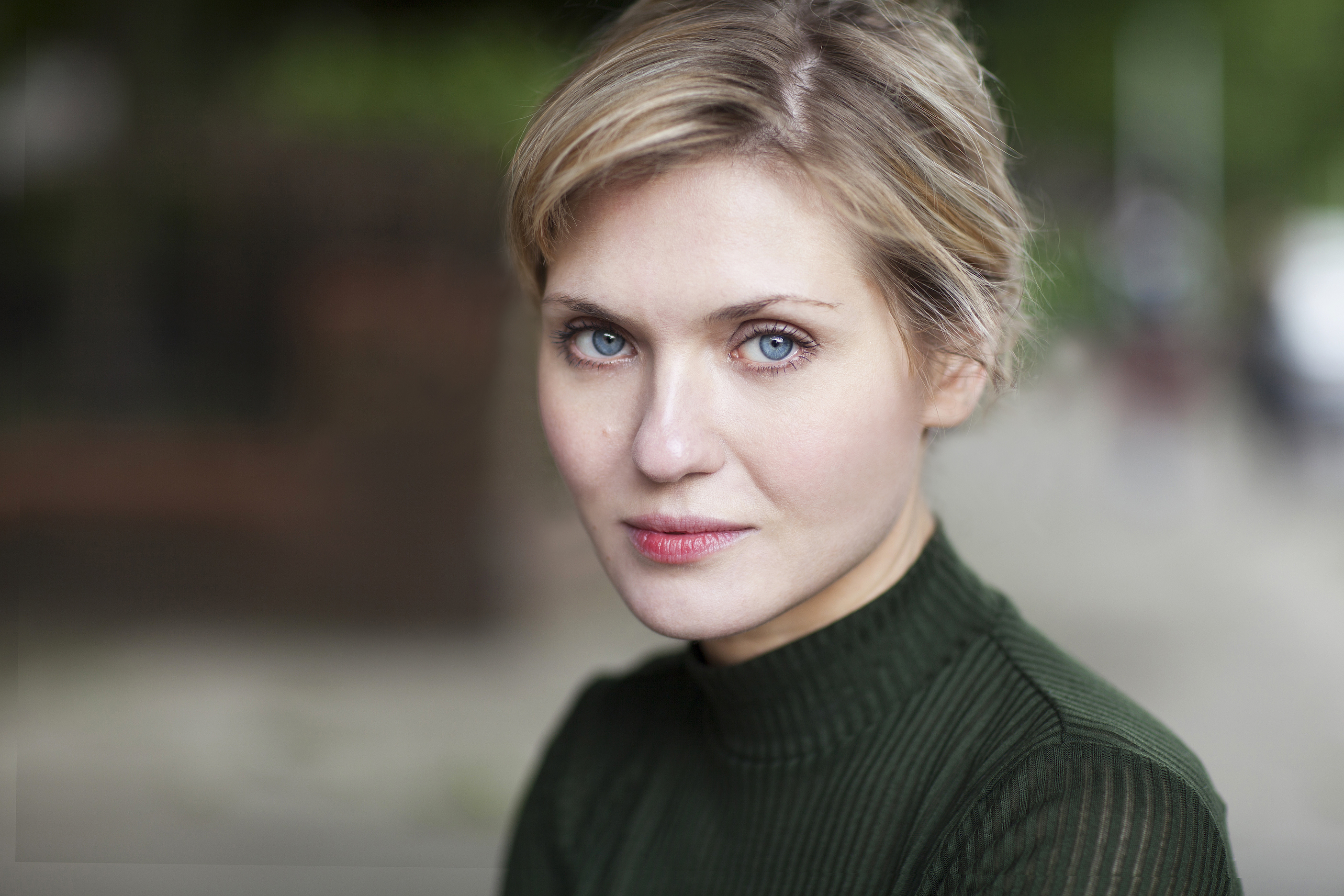 Carolin Stoltz is a Swedish actress, who is best known for her role as Ukrainian immigrant Olena Petrovich in the British TV soap Emmerdale. Theatre includes: Birdsong (Original Theatre Company); A Midsummer Night’s Dream, A Solemn Mass for a Full Moon in Summer, The Miser (Cochrane Theatre); I Stand Before You Naked (Unga Folkteater) and now the smash hit Witness for the Prosecution at County Hall.

To never completely grow up. Most people stop playing before they reach their teenage years. Actors get to play for the rest of their lives.

I once walked through the wrong door, thinking I was going through the door that led backstage, but realised as soon as I opened it that I was facing the audience… With a facial expression of shock horror I quietly closed the door and hoped no one had seen me. But of course the whole audience had seen me, which left them a little confused as my character hadn’t even appeared in the play yet and what was even more confusing was that I was wearing headphones in a play that was set in 1914.

Good old Meryl Streep has always been an inspiration. But Olivia Coleman is also a favourite.

A friend took me with her to her youth theatre group when I was 14. I was painstakingly shy, had never seen a play in my life and I didn’t really want to be there. They were doing improv exercises which made me extremely nervous. I felt I was going to vomit from just the fear of going up in front of all these people I didn’t know and make a fool of myself, my instinct was just to run away. But to my surprise, as soon as I was up there, all those nerves just seemed to vanish and I felt the most confident I’d ever felt.  After that, I didn’t necessarily know that I wanted to be an actress. But I knew I needed acting to overcome my shyness.

I think Romaine is definitely one of my favourite characters. She’s got so many layers to her. She’s intelligent, strong, fierce and unpredictable at the same time she’s extremely vulnerable. She ticks all the boxes. But there are many roles that I’ve enjoyed in the past. I really enjoyed playing DI Anke Strom in Shetland a couple of years back. I like playing strong complex women, who thinks for themselves.

Can you tell us about your current show Witness for the Prosecution, what drew you to the role of Romaine Vole?

As I mentioned before Romaine is a fantastic character. She’s survived the 2nd world war and the Russian occupation of East Germany after the war. She’s ended up in a post war Britain, where being German isn’t exactly popular, faced with her husband being trialled for murder. It feels like she’s constantly got the world upon her shoulder. But she knows how to survive at any cost. She’s so much cleverer than I am by a long distance.

Why do you think Agatha Christie’s work is still popular today?

Theatre Royal, Bury St Edmunds when I was touring the play ‘Birdsong’. It’s a small intimate auditorium with great acoustics so you could be very minimalistic and real, almost like a film set.

Probably because I’m Scandinavian, but I’ve always wanted to play Hedda Gabler. She’s a fierce and complex woman with great vulnerability underneath.

I have to admit I’m absolutely terrible when it comes to social media. I know nowadays you need to be good at self promoting, but I’m embarrassingly bad at it. Twitter, I simply don’t understand. Facebook, I’m on, but more just to spy on others than to post things myself. Instagram is probably the one I use the most, but again, not much self promoting going on, mostly cute photos and videos of my 11 months old daughter.

I promise from now on though, I’ll try to get better, as I want as many people as possible to come and see the show.

Witness for the Prosecution is at London’s County Hall. www.witnesscountyhall.com