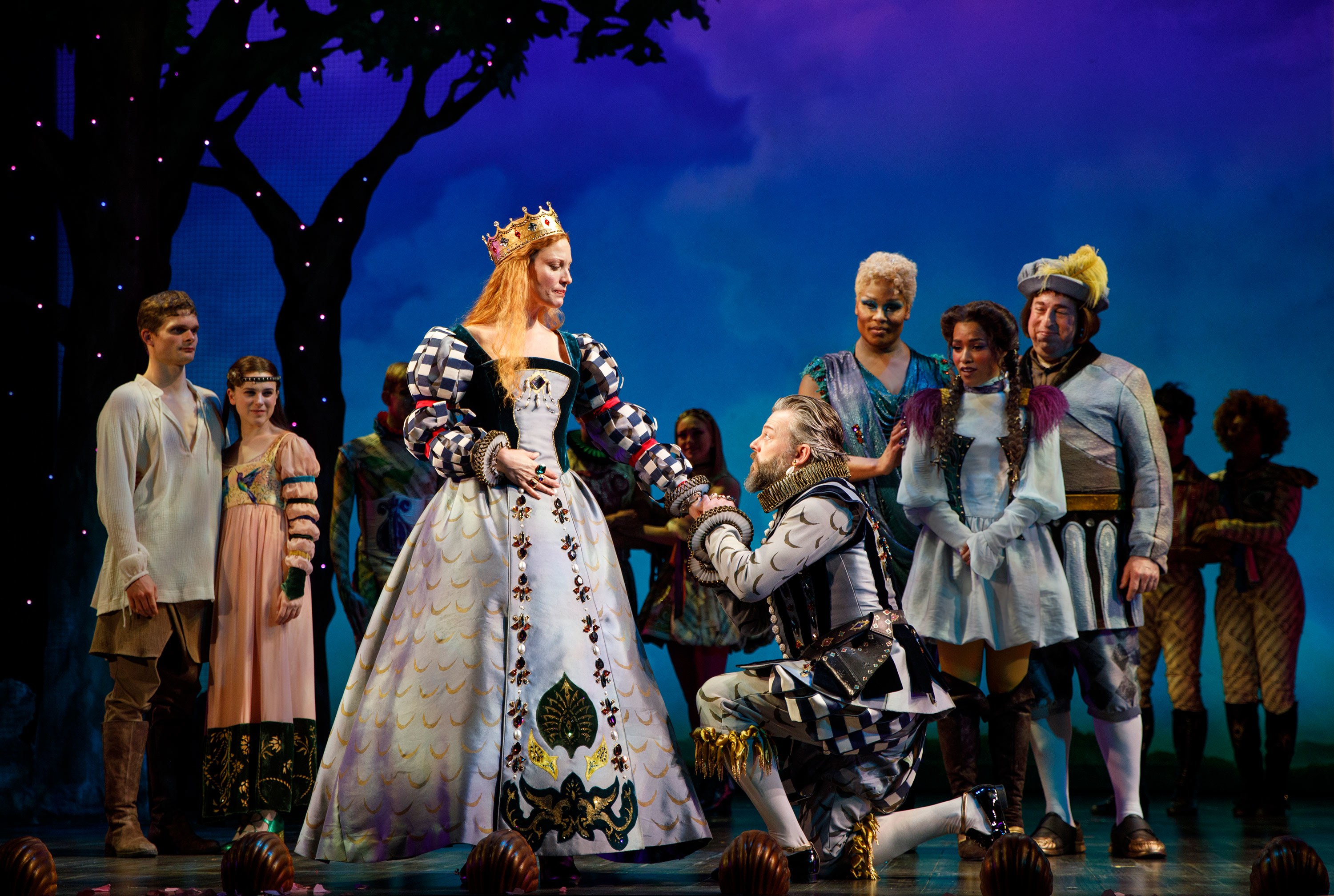 Jeremy Kushnier is a well-known musical theatre actor who has starred in many famous and renowned musicals on Broadway and across North America, including “Footloose”, “Rent”, “Jersey Boys”, “Tommy”, Jesus Christ Superstar”, and “Next to Normal”, just to name a few.

Back on Broadway in Head Over Heels a “jukebox” musical comedy with music and lyrics from the catalog of The Go-Go’s. Jeremy Kushnier plays the role of King Basilius, we got to speak about the show and his love of theatre on and off the stage.

I honestly got into performing by accident. I was nine and my cousin was auditioning for a children’s theatre production of Tom Sawyer. My mother volunteered me to go with her because she was nervous. Long story short, I booked the lead and I never turned back.

My favourite role to date would have to be playing Iago in the Pittsburgh Public theatres production of Othello. I was so proud of that show and that performance. I have never worked harder for/on a role and I loved it. It’s also the show that I met my amazing girlfriend Robin Abramson.

Hometown? Where did you train?

My home town is Winnipeg, Manitoba, Canada. I trained a lot as a kid. I was very fortunate to have lived in a community with fantastic opportunities for young people. From the Royal Winnipeg Ballet to Rainbow Stage, I spent the majority of my formative years performing and taking classes. I also grew up with a lot of very talented performers many of whom have gone on to performing internationally and on Broadway.

Can you tell us a bit about your latest show Head Over Heels?

Head Over Heels is an amazing show! I am so proud to be a part of it. It combines two of my favourite genres: rock and roll and verse. I get to sing like a rock star and also get to flex my Shakespearean comedic chops. However, that is all really just the surface of the stuff that I love. What I think is the best part of this show is that we a telling the stories of people that don’t often get their stories told on this level. I mean how many Broadway shows now have an openly trans actor (Peppermint) originating a role on Broadway let alone originating a role that identifies as gender non-binary? Or, a plus size actress (Bonnie Milligan) whose role as Princess Pamela has nothing to do with her size; in fact, she is considered the most beautiful woman in the realm. There are also lesbian characters and our show celebrates people for being their authentic selves – that makes me very proud.

What drew you to the role of King Basilius?

I love this role for many reasons but mostly because it gives me the opportunity to play with so many talented people. Getting to share the stage with likes of Bonnie Milligan, Andrew Durand and Tom Alan Robbins is like a comedy master class every night. Then, there’s absolute dream of getting to do not one but two duets with the Rachel York; I feel blessed to come to work!

New York will always be home to me. I pinch myself on the daily that I work on Broadway every day! Specifically, the Hudson theatre is an absolute gem of a theatre as well. It is the oldest theatre on Broadway, so just knowing the history of it gives me chills.

Meeting the folks at the stage door. To reiterate, this show embraces queerness in all its forms and seeing that represented at the stage door makes me so happy. To meet people at the stage door with tears in their eyes because they see themselves represented for one of the first times in this play – on this stage – is so moving and humbling I feel like there is no better reward.

There’s not really been any huge mishaps but I will say that there are a few moments that if we could pull back the literal curtain and show you what was going on behind the scenes, it would be as entertaining as what’s going on in front of it. It takes a lot of work to make some of the funniest moments happen and this cast and crew is up to the challenge.

If you hadn’t been an actor what would you be doing?

I love going to see theatre especially when I get to see it with my love. We have the best time going and seeing a new play then spending the night discussing it. It’s truly my favourite.

What advice would you give to someone who would like to get into the theatre industry?

Do it because you love it! Don’t do it to be famous or to be rich because, well… but seriously it’s really a hard existence. It’s amazing when you’re working but it can be very emotionally draining when you’re not. So, if there is anything else you might want to do, you should examine that. However, if you are called to this and really feel like there is nothing in the world that you could do otherwise, don’t let anyone tell you that you cannot. Fight for it every day!

I would say that the people I am work with are my major influences and inspirations. I love the people I work with. They are all such interesting creatures. I learn from them every day how to be a better performer as well as a better person.

Those who know me will laugh because it’s a bit of a running joke that I’ve been singing “Walking in Memphis” for the majority of my adult life for auditions. I am constantly looking for new songs but well if it works, it works.

Is there a role (regardless of gender) you would love to play in a musical?

I’m sure there are many but funny enough working with Michael Mayer always reminds me of how much I always wanted to play Hedwig. I have just always been in love with that show and score. It’s for sure one of my favourites.

Where can people follow your work on Twitter/Facebook/YouTube etc.?