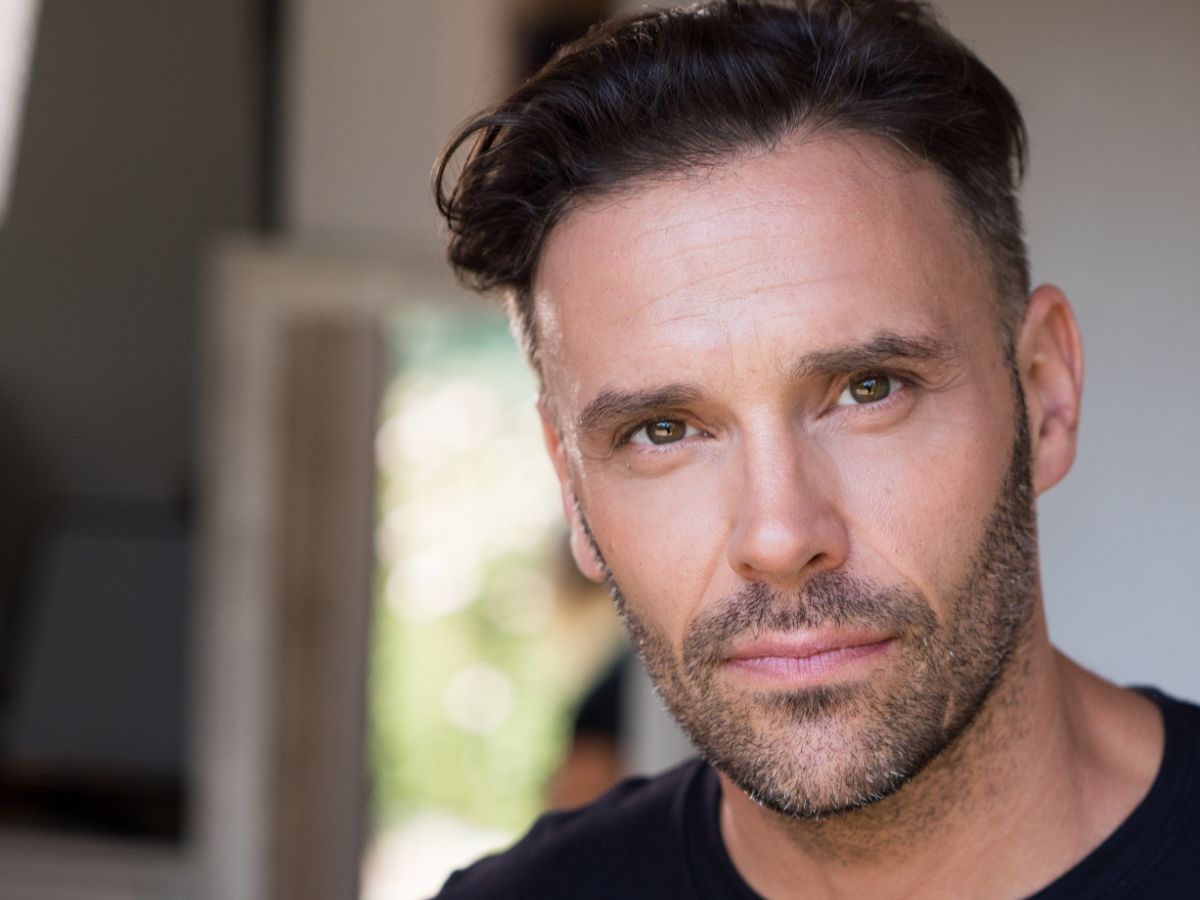 Currently starring in Mary Poppins in the West End we got to speak to Mr Banks himself: Joseph Millson about the fabulous Disney Production and his career to date.

I was a fairly late developer; I don’t think I really thought it was a thing you could actually do for a living until quite late in life.  But I remember a couple of things I saw on my TV as a kid that really hit me and made me think about who actors were and what it was that they did.

Harold Lloyd short films amazed me and made me howl with laughter, and one night as a young teenager I watched a late-night movie on BBC Two which had me enthralled by the two lead performances, it was MIDNIGHT COWBOY. Jon Voight and Dustin Hoffman both blew me away in that. I’ve been lucky enough to thank them both in person since.

Oh Lordy, so tricky, actually impossible to answer. I have had dozens of extraordinary roles on stage and screen, each felt like a ‘well, it can’t get better than this’ role.  Let’s just randomly pluck Matt Beer in CAMPUS for Channel 4 , Theodoro in DOG IN THE MANGER for the RSC and Alexander in EVERY GOOD BOY DESERVES FAVOUR at the National Theatre.

Can you tell us about your current West End show Mary Poppins: What drew you to the role of Mr Banks?

George Banks is a beautifully shaped role. A tightly wound ball of elastic bands, a lost child hidden in a confused man. Over the course of the story he unravels, finds his inner joy, the connection to his family and soars.

The show is much beloved due to the movies and P.L Travers stories what can people expect from this production?

Do you have a favourite number in the show?

ANYTHING CAN HAPPEN IF YOU LET IT.

What message would you like people to take away from the show Mary Poppins?

Help others and you help yourself.

Again, too many to mention but I’ve literally given more of my blood, sweat and tears to the swan theatre, Stratford upon Avon than anywhere else, so it has to be there.

Connection with an audience, the feeling of a disparate group of strangers becoming a unique audience every night. Hearing laughter from strangers.

Endless, too many to recount. I mean a heavy stage curtain fell on my head at the end of my first ever performance as a professional actor and its continued that way ever since.

My wife Sarah-Jane Potts is a bloomin’ brilliant actor, Eddie Marsen, Stephen Graham, Toby Jones, so many inspiring actors around.

I REMEMBER by Mr S Sondheim.

Where can people follow your work on social media?