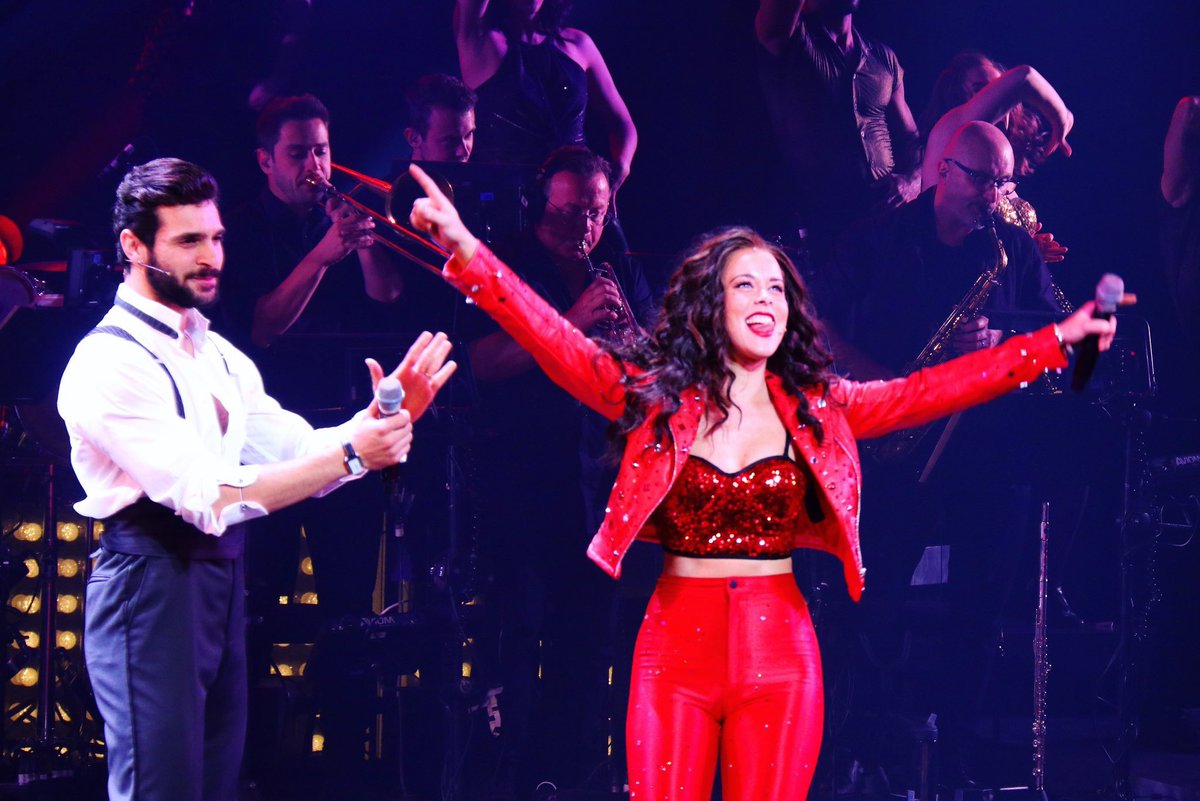 Philippa Stefani has many West End Shows credits to her name. Ghost. Wicked. Rent and In The Heights to name a few. Currently finishing off her Summer season as “alternative” Gloria in the smash hit musical “On Your Feet!”

We managed to get some time with Philippa before she heads off with the show on a UK tour playing the lead role of Gloria Estefan. Check out online for the upcoming tour dates.

I’ve always known I wanted to be a stage performer, but when I saw “Witches of Eastwick” in the West End, it just cemented it for me as to what I wanted to do.

I struggle with this question as the roles I have played, I have loved for different reasons. However, as a character that has fulfilled me the most I would have to say “Mimi” in Rent.

Can you tell us about your current, show On Your Feet what drew you to the role of GLORIA ESTEFAN and how was it auditioning for the lady herself!?

She’s a fighter. A strong independent, brave woman who faced an incredible journey to get where she is now. It was daunting for sure to audition in front of her but she has been nothing but supportive, loving, kind and encouraging throughout.

The show is about Gloria and Emilio Estefan – why do you think their music works so well for a musical?

The music is just so vibrant, colourful, upbeat and has such flavour that the audience has no choice but to get up on their feet and enjoy themselves!

Do you have a favourite number in the show?

I would have to say “Anything for you” it’s the first glimpse at a girl who then goes on to become a star.

How do you feel about taking the show on the road as Gloria?

I can’t wait to take on this role full time and be on stage with tis incredible cast every night.

What message would you like people to take away from the show On Your Feet?

This show is a message of love, bravery, commitment, representation, hope and inspiration.

I loved playing at The London Palladium, I’ve played that venue twice now and it is just so beautifully magnificent and etched in theatre history with so many famous performers over the years.

To see how the audiences, react and how we can transport people for a couple of hours into another world. When it moves people and people can connect and really touch people’s hearts, it’s a blessing.

I fell down out of a lift, centre stage at the Apollo Victoria in the middle of the first number in the original cast of “Wicked” all eyes were on me…….and not in a good way!

“No one but you” from We Will Rock You/Queen.

Since I was a little girl Éponine in Les Mis.