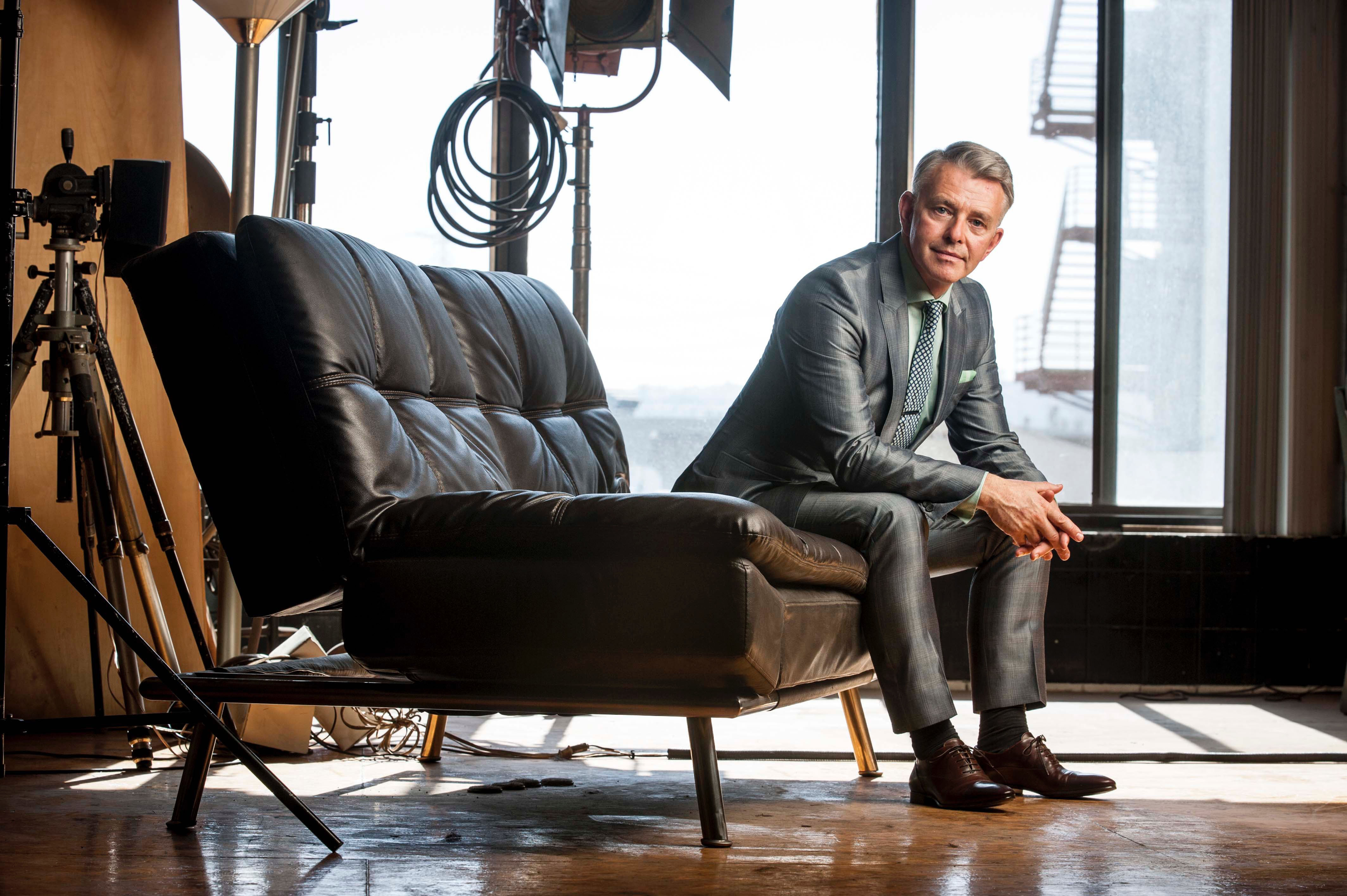 Richard Shelton is a Los Angeles-based British film, TV and theatre actor and acclaimed singer with a successful solo career.

Having played Frank Sinatra in the hugely popular West End show Rat Pack Confidential, Richard has portrayed Sinatra on many occasions and regularly performs at Ronnie Scott’s in London.

Currently bringing his new Frank Sinatra show ‘Sinatra: RAW’ to the Edinburgh Festival Fringe we managed to get some time with Richard to talk all things Sinatra and how to survive the Festival!

How did you get into performing, was there a particular performance you saw that resonated with you?

It’s a toss up between one of the Von Trapp kids in ‘The Sound of Music’ or Mark Lester in ‘Oliver! The Musical’. In fact, just after the film, ‘Oliver!’ came out, I started a new school and was hauled in front of the headmaster to explain why I’d told everyone I was Mark Lester. I suppose the pull was great, even then. My first public performance was as a dancing automaton at the Wolverhampton Grand Theatre and I was smitten.

I have a life long association with Frank Sinatra. I was nominated ‘Best Actor in a Leading Role’ for my portrayal of Sinatra in the hard-hitting drama ‘Rat Pack Confidential’ in London’s West End. The role required me to go deep behind the blue eyes of the icon to see what made the mercurial talent so special, so engaging and enduring. We share a strange sequence of serendipity between our lives, which continues to unfurl.

Can you tell us about your current show Sinatra Raw what is it all about?

‘Sinatra: RAW’ imagines Frank Sinatra at his last intimate gig in Palm Springs before his retirement. The air is electric and people jostle for position. He drinks ‘One For My Baby’ too many and starts to reminisce. But things take an unexpected turn. This is the 2am Sinatra you dream of meeting: Dangerous. Unpredictable. Startling. Brilliant. He addresses his accusers on subjects ranging from his alleged Mafia connections, his womanising, to his famed hatred of the press. And in-between, he sings in that smokey midnight voice on subjects from lost love to getting even!

Songs include ‘One For My Baby’, ‘My Way’, ‘I’m a Fool to Want You’, ‘I’ve Got You Under My Skin’ and a haunting acapella version of ‘My Foolish Heart’ which he sang to Ava Gardner from his hotel balcony at night in her bungalow below – true story!

How do you prepare to be Frank Sinatra?

I completely let go of me and open myself up to the possibility of him. I channel him. I never allow myself to get in the way.

Are you looking forward to taking the show to the Edinburgh festival? Where can people see you?

I’m very excited to be coming to Edinburgh. I’m no stranger to the festival – this is my 8th year performing but it’s the first play I have both written and performed, so it’s exciting and nerve wracking. I’m playing at Frankensteins Pub, 26 George IOV Bridge, Old Town, Edinburgh, ED1 1EN.

Do you have any survival tips for Edinburgh – both as a performer and visitor?!

A good sense of humour and comfortable walking shoes! Be open minded to any possibility and enjoy the ride. The energy is so unique and contagious – there’s literally nowhere else like it on earth. It’s fabulous!

I’ve performed in some of the worlds biggest concert halls and theatres, with philharmonic orchestras and big bands, on TV and in movies. Each gig is unique and requires a different energy but the root of every performance is connecting with the audience. I try make each person feel as if I’m singing to only to them. A room I enjoy doing that in is Ronnie Scott’s Jazz Club in London. The heritage is just fabulous.

Giving. It’s all about that. Be prepared, be confident, know what you want to say and then let go. That’s where the appreciation and reward comes from. And the learning.

Plenty! But this a polite interview!

If you hadn’t have been an actor what would you be doing?

My father prevented me from pursuing a performing career, so I ended up in the international hotel industry. I gave it all up at the age of 32 when I had all the corporate trimmings and none of the self fulfilment that being a performer has brought me. I risked a lot to get to this point and am enjoying the ride with all it’s up’s and down’s, twists and turns and no guarantees. It’s a gamble – sometimes you’re ahead and sometimes behind, much like the lyrics of the song ‘That’s Life’. I can’t imagine doing anything else right now.

Frank Sinatra as an actor and singer. Ella Fitzgerald and Diana Krall as vocalists.

I live in the world of jazz, big band and swing so don’t really have any audition songs. If I was asked to audition, I’d select something from that catalogue to compliment the job.

Do you have a favourite Sinatra song?

‘In the Wee Small Hours if the Morning’. The legend goes that when Sinatra recorded it, he was going through a very sad and difficult period in his relationship with the great love of his life, Ava Gardner.

He’s reported to have placed a life-size photograph of her in the studio with him and he sang it to her. If you bear that in mind, the lyrics take on an incredible poignancy, depth and melancholy.