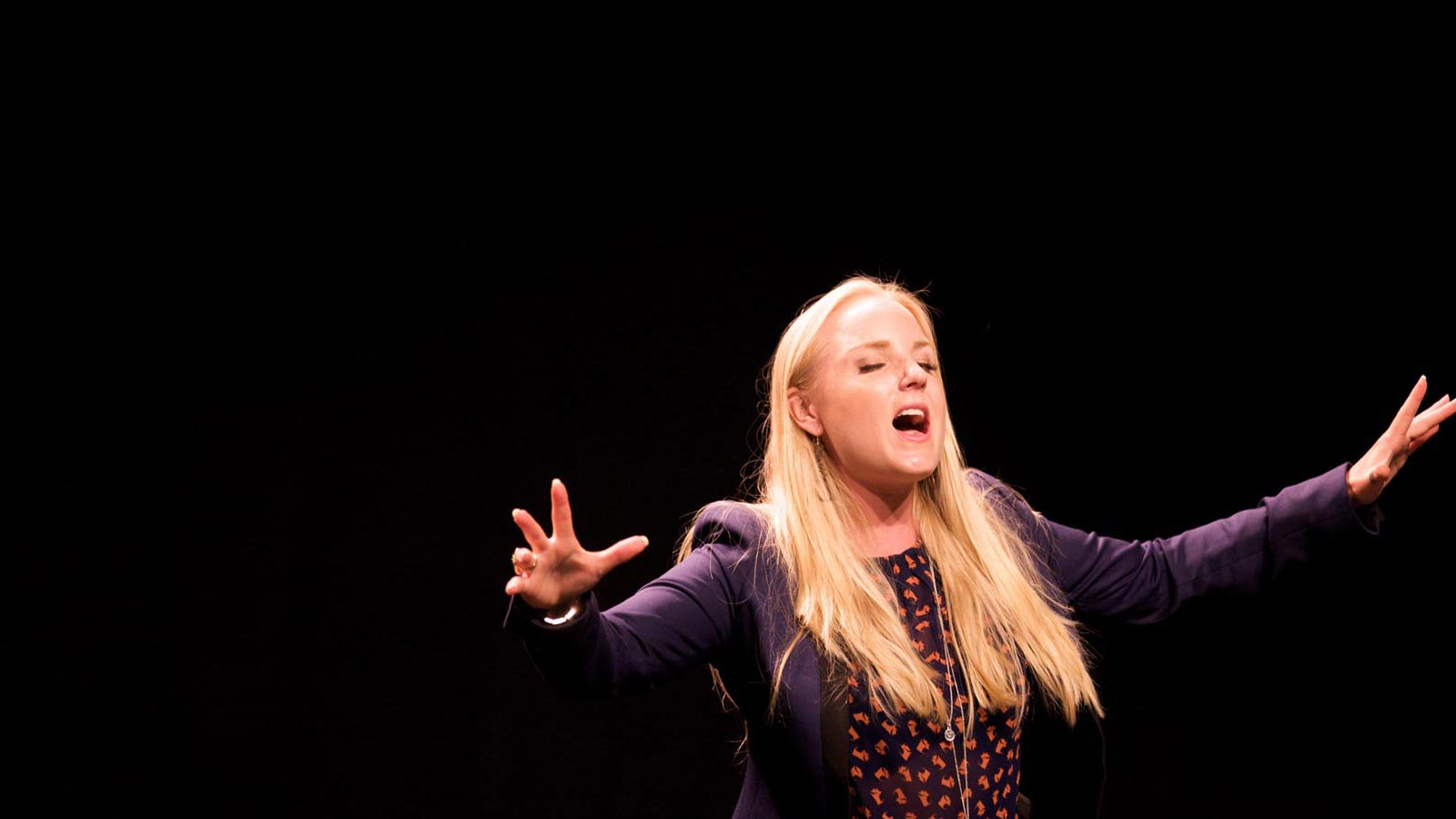 I could not think of a more perfect way to spend a Sunday afternoon than sitting in The Charing Cross Theatre listening to Edward Seckerson speak to Wicked Musical star Kerry Ellis about everything from Broadway to what’s on her ipod (some very good choices from Adele to Musical Theatre)!

The event is hosted by Edward Seckerson is formerly Chief Classical Music Critic of The Independent and wrote and presented the long running BBC Radio 3 series Stage & Screen in which he spoke to many of the entertainment’s greatest such as Liza Minnelli, Stephen Sondheim and Julie Andrews just to name a few!  Edward is a knowledgable muscial theatre host asking some brilliant questions and getting a great recation from his guest and the audience.

The guest on this afternoon was Kerry Ellis who made her first professional stage appearance in 1998 and went on to make her West End debut in the 2001 revival of My Fair Lady as Martine McCutcheon’s understudy in the role of Eliza Doolittle (Edward says he was “one of five people who saw Martine!” – which drew lots of chuckles from the audience). After meeting Queen guitarist Brian May in 2002, she landed the role of Meat in the original London cast of We Will Rock You and has subsequently played lead roles in West End musicals Les Misérables (also featured in the film briefly), Wicked (which also took her to Broadway) and Oliver.  As well as appearing in national tours and concert productions of musicals such as Miss Saigon, Chess, The War of the Worlds and RENT.

The Singular Sensations sessions at The Charing Cross Theatre involved Edward interviewing Kerry about her childhood, how she got into the theatre and what’s next, in Kerry’s case a baby in 5 weeks! The afternoon was a delight as it was a close and personal session with Kerry who told some fabulous stories and best of all sang some fabulous numbers.

Kerry who has worked extensively with Brian May sang some numbers from her album Anthems but being as this was a stripped back session the numbers were acoustic and just accompanied by a simple piano, which made them sound very different and really showed the power and strength of Kerry’s voice.

Songs such as Randy Newman’s “Feels like home” and “I’m Not that Girl” (from the musical Wicked) and “Crazy Little Thing Called Love” were sung live. In addition a few tracks were played, recordings from Kerry’s latest album Acoustic by candlelight and from Kerry’s performance in Chess which was recorded at the Royal Albert Hall.

The Singular Sensations session was a great afternoon for theatre lovers getting to learn more about a musical star and hearing some great songs. Edward Seckerson is a briliant host and the great news is he is hosting further events with Howard Goodall, Janie Dee and Jenna Russell just to name a few and hopes to make it a regular event at The Charing Cross Theatre; I hope that does become true as the afternoon was great fun and very enjoyable to learn the craft that goes into being a musical performer.