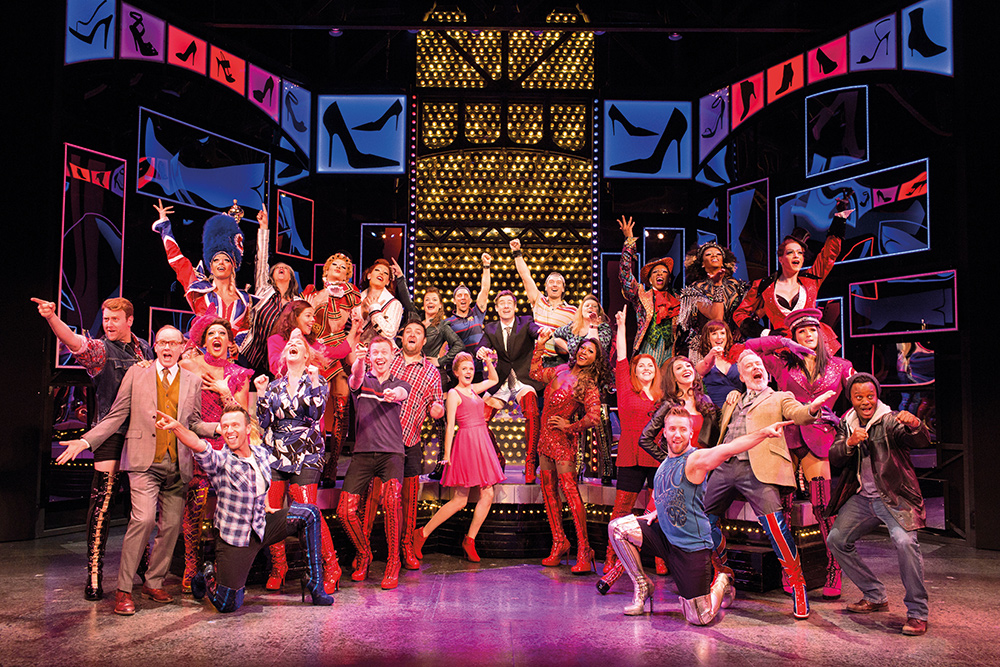 Now in its second year in London’s West End, Kinky Boots remains one of the most uplifting musical in London. After opening on Broadway in 2013 where it went on to win the Tony Award for Best Musical, Kinky Boots features a score by Grammy® and Tony® winning pop icon Cyndi Lauper, with a book by Broadway comedy legend Harvey Fierstein.

Inspired by true events and based on the hit 2005 British film of the same name, this feel-good musical whisks audiences from the factory floors of Northampton to the catwalks of Milan and features stunning costumes, a hilarious book and a powerful message of friendship and acceptance.

Having won the Olivier Award for Best Musical in 2016 Kinky Boots remains one of London’s most popular new musicals. The show has now opened productions all over the world in Australia, Sweden, South Korea and Japan, spreading the life-affirming message of “be who you want to be” all over the globe.

Fans of musical comedy won’t want to miss this hilarious show, complete with a fresh and vibrant musical score by one of the music industry’s most recognisable songwriting talents. Strap on your heels and journey to the Land of Lola and take in one of London’s most exciting shows.