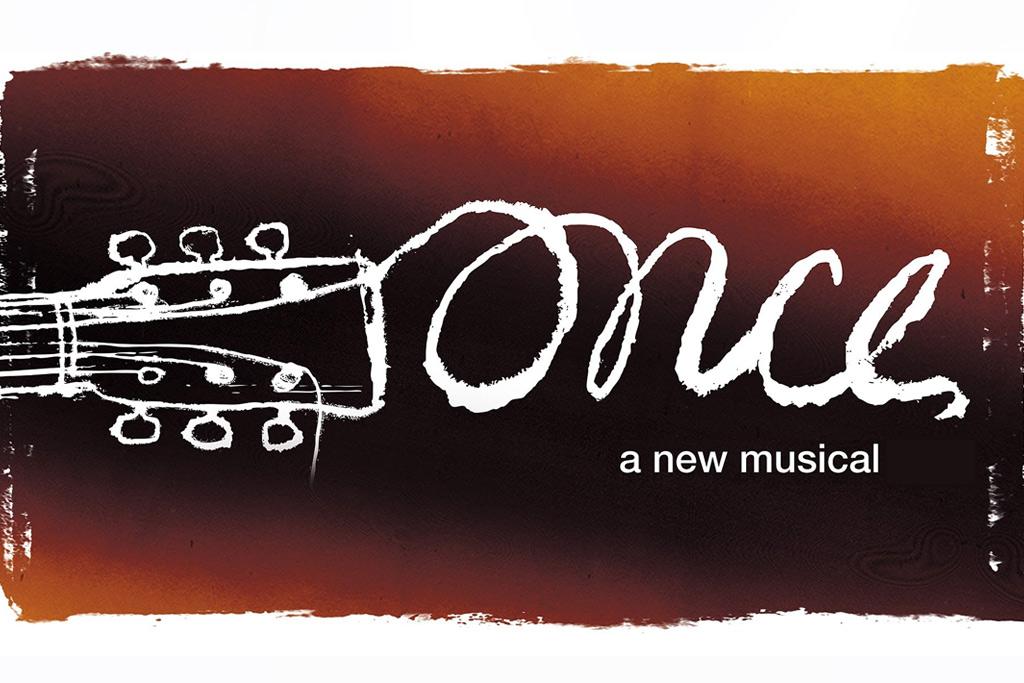 The magic of the musical Once is how wonderfully understated it is; something that threatens to question the very notion of the ‘musical’. It is pure and organic and it gives the audience a glimpse not only into the characters’ souls but into their own. It tells a story that many have already experienced one way or another in their own lives and where there’s undeniable pain, love and heartbreak, but there’s also hope.

The book’s writer, Enda Walsh, seemingly had a very large project to deal with in translating this story from screen to stage. Walsh surpassed himself and, in my opinion, created a much fleshier story with characters that are easier to empathise with. The film like the show is not glitzy and in your face and it’s nice that they have kept this for the theatre production. The set is very simple: it is a bar on stage with red and white tiles and all the action takes place there (apart from one scene where our two main characters look across the sea).

Girl and Guy are the main characters in the production and are brought to life on the stage by Jill Winternitz and David Hunter. Girl is straight to the point, witty and a hilarious counter-part to Guy the melancholy he injects into the songs is whole-hearted and the high notes are spine tingling. Both Hunter and Winternitz have excellent chemistry and not for one second do you doubt their feelings. Hunter is most known for his part in Andrew Lloyd Webber’s reality TV show, Superstar and Winternitz is a Californian actress, trained at RADA and has been on the stage in London as baby in Dirty Dancing.

Once has the power to carry its audience away to a paradise where nothing matters but the heart-wrenching, exquisite music and the emotions it invokes. There were a number of times where I found myself either closing my eyes – merely wanting to absorb the beauty created by the band (who are the actors on stage) or leaning forward so as to not miss a single beat or moment.

The film’s stars, Glen Hansard and Marketa Irglova co-wrote the score and the show has new additions and whilst all songs are wonderful, there’s no denying the epic, Oscar-winning ‘Falling Slowly’ stands out on its own, to hear it live was beautiful and I heard a few people crying as the performance was stunning and made me listen to the soundtrack all the way home.

A fun element to the show is the bar set as before the show and during the interval it is a real bar! As you walk into the auditorium you have musicians/actors on stage playing away and you can stand and watch while drinking out of a souvenir Once cup!

Less is more here and it really works I hope Once will give rise to a new breed of ‘musical’ and I would definitely go and see it again as Once is not enough.

Once is playing the Phoenix Theatre and booking until March 2015