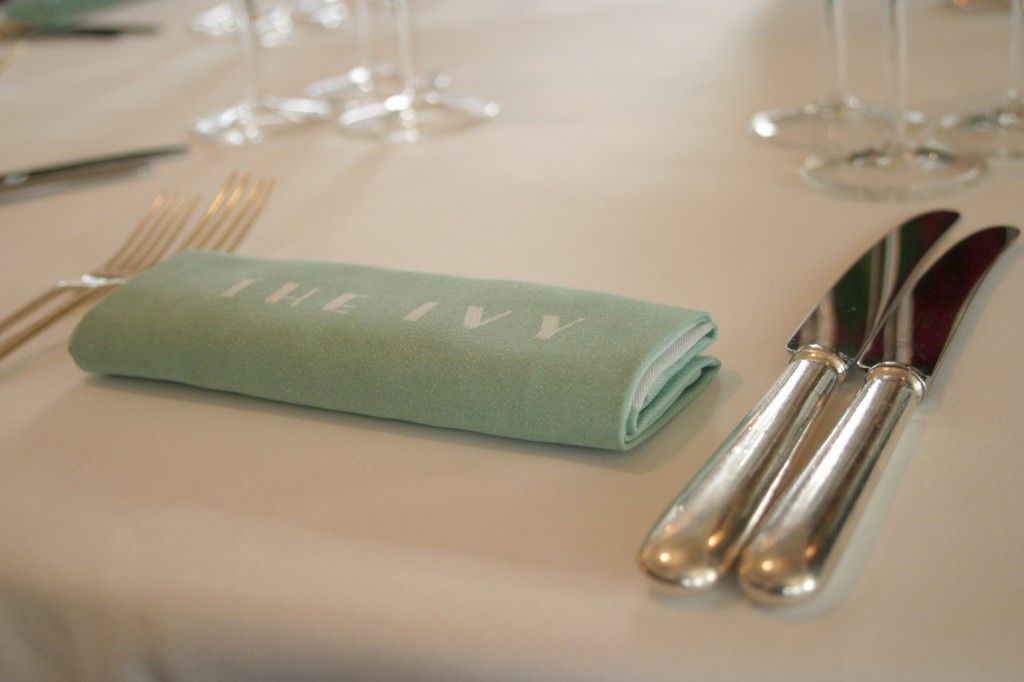 The Ivy is one of those places that does not need much of an introduction. Irrespective of class, eating habits, budget or location; I am sure most people in London have heard of The Ivy: its sterling reputation not only derives from the food and service but also the patrons. A meal here could involve brushing shoulders with some of London’s most famous celebrities – Daniel Craig to Kate Moss, Sir Elton John to Clive Owen. It is where the fabulous and famous seem to flock to dine. This would be my third visit (my last being three years ago) and since then, they have taken on a new executive chef, Gary Lee, so it remained to be seen whether the Ivy’s quality would keep up with its seemingly indestructible reputation.

I have always maintained that over the span of a traditional three course meal, one can experience certain dishes that enhance the night from an average meal to a great one or even a great meal to an unforgettable one. Usually one dish stands out or, if you are very lucky, two but a place in which every single plate is exceptional is a rare thing; surely one of the most famous restaurants in London stands the best chance of achieving this ‘triple crown’?

The first dish to arrive was the Spinach and Ricotta Tortelloni – Excellent, bursting with various flavours, light but exciting and a dish which can also double as a main course. Right, it seemed we were off to a good start, one down two to go. For the main I had Bannockburn Rib Steak – Perfectly cooked, served on the bone (which I like) but is quite a fatty cut, which could certainly put some diners off. For those that have met me, I’m sure are aware, weight gain is not much of a deterrent when it comes to pleasure in my life.  The steak was accompanied by “pomme allummettes” (French Fries to you and I) which were good but in no way surprising.  The Bernaise sauce, however, was spectacular: fresh, creamy and delicious, an exquisite addition to any steak. If they could bottle it, I am sure the powers that be at Heinz and Hellman’s would likely have sleepless nights. As side orders I went for the Fried Courgettes with Parmesan and Salsa, interesting but lacking seasoning, and the Cauliflower Cheese.  Rarely does a side dish deserve high acclaim but this cauliflower cheese, served in a shallow bowl and with the cauliflower finely chopped was mouth-watering, not too heavy and a perfect compliment to the steak.  So far extremely good, now all that remained was the dessert.

The Ivy is famed for their desserts. I had tried the White chocolate and Iced Scandanavian Berries on a previous visit. To date it is one of the best, simplest and most inventive desserts I have ever had. Luscious warm white chocolate is poured at the table over Fresh frozen berries in a performance akin to an M & S advert. In the same way, it certainly qualifies as ‘food porn’ and tastes as good as one would expect. The chocolate slowly but persistently breaks the icy reserve of the berries, which become increasingly softened and juicy. Each bite is a different experience. The pudding transforms as you eat it and no matter how much you have indulged in the preceding courses, you are invariably left wanting more.

This time I opted for the White Chocolate Cheesecake, and what a choice it turned out to be. The bullet-shaped cheesecake shot over to my table. Rather than the crumbly base that orthodox cheesecakes are supported by, this novel sweet lay on its side, accompanied by a bourbon-style biscuit. Whether or not its leaning tower of Pisa constitution contributed to the taste, it is a remarkable dish, an absolute triumph. White chocolate flakes are delicately woven into the creamy body. The finishing touch is inspired: blood oranges surround the cake and add a bitter, fruity factor to the fluffy mix, without riling the mellow mascarpone.

Dining at places like The Ivy is comparable to choosing your favorite super-car. You know the quality will be abundant, you know it will be a memorable occasion and you know the person you have taken along on the ride will have a fantastic time. It is the little things that make the difference; that can really enhance an already fantastic outing – the décor, the atmosphere, the service and so on. The atmosphere is aided by a décor which was classic and stylish, classy without a contrived pretence which prevents people from feeling uncomfortable or misplaced. The Service was rather mechanical and cold which is entirely unsurprising – I’m sure the waiting staff is warned against putting off some of their more famous diners by coming across as star-struck or sycophantic, where as in other places that could be detrimental, it seems to work here.

So there you have it . . . the perfect meal. Every single course perfectly made and delicious. Even the simple and classic dishes made to stand out and served with an interesting and original variation. Perfect for any occasion (particularly a romantic date or a treat), open until late for the post Theatre crowd and open seven days a week.  The Ivy is a real Tour de Force in restaurants and with an aura that seems solid enough to survive even nuclear war.

We’ve got a brand new look! Today we relaunched

Soaring temperatures yesterday reminded us of the