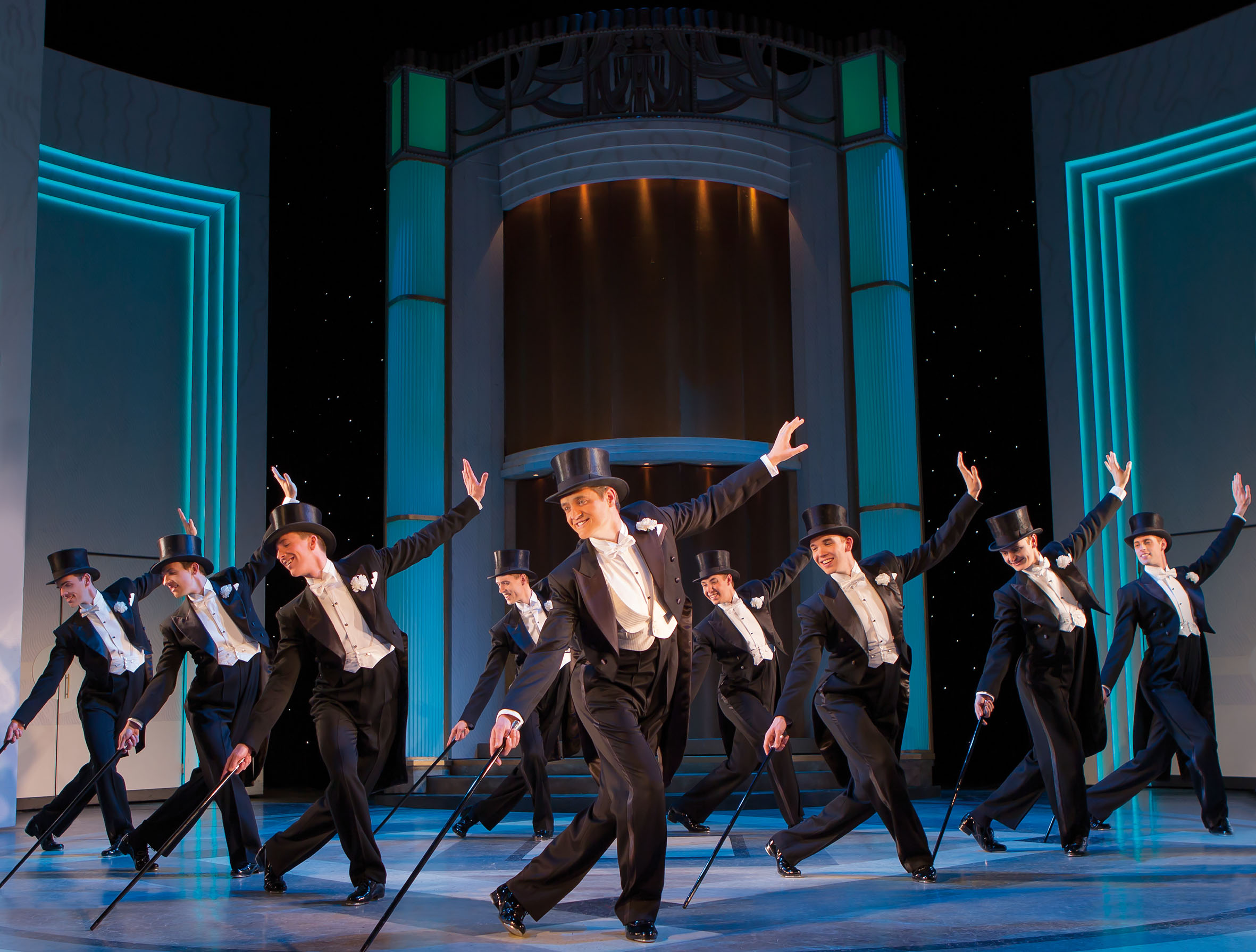 Top hats, together with white tie and tails, are seldom, if ever, donned these days, but after a trip to see the musical Top Hat at The Aldwych Theatre I feel a new trend should begin for the summer!  Based on the well know RKO picture starring the legendary dancers Ginger Rogers and Fred Astaire this 1930s musical brings all the joys of Irving Berlin’s beautiful tunes to life with great costumes, dancing and scenery.

Tom Chambers and Summer Strallen, as the sassy wisecracking pair who fall in love, can both dance and sing like a dream. The plot – of boy meets girl, boy falls in love with girl, but girl gets him mixed up with another boy – is little more than a linking device for Irving Berlin’s big numbers, yet it’s still great fun and exquisitely written.  Tom Chambers is as light on his feet as Astaire (he even helped choreograph a number in Act 1), but he has a bit more testosterone about him, which gives his romance with Strallen’s ditzy blonde, Dale Tremont a real oomph!  Strallen is simply sensational as the object of Jerry Travers affections. All too few modern actresses can manage the looks, the voices and the deportment of women from the Rip Roaring Twenties, but Strallen, magnificently, achieves the hat trick, she is a joy to watch and looks stunning in the costumes.

The big dance numbers are skillfully choreographed by Bill Deamer (Jekyll & Hyde, Love Never Dies, The Boy Friend), especially the climactic first-act closer, Top Hat, White Tie and Tails, which has a couple of dozen hoofers, immaculately dressed as the title dictates and tapping their hearts out with terrific panache, it’s a great close to the first act and leaves you wanting more!

There are entertaining comedy turns, too, from Martin Ball and Vivien Parry, as a bickering couple, and Stephen Boswell as their wonderfully lugubrious butler. Ricardo Afonso is hilariously over the top as the vain and vengeful fashion designer Alberto Beddinii, a role he created in the workshop production of Top Hat.  Matthew White (Rent, Cabaret, Oklahoma!), the director, has created a sublimely performed, choreographed, orchestrated and costumed musical in glorious Technicolor.

A musical like this comes around once in a lifetime and I suggest you put on your top hat, white tie and tails and head to the Aldwych Theatre now to be dazzled in a classy evening of song and dance.

Top Hat tickets are available online or at the theatre Box Office.