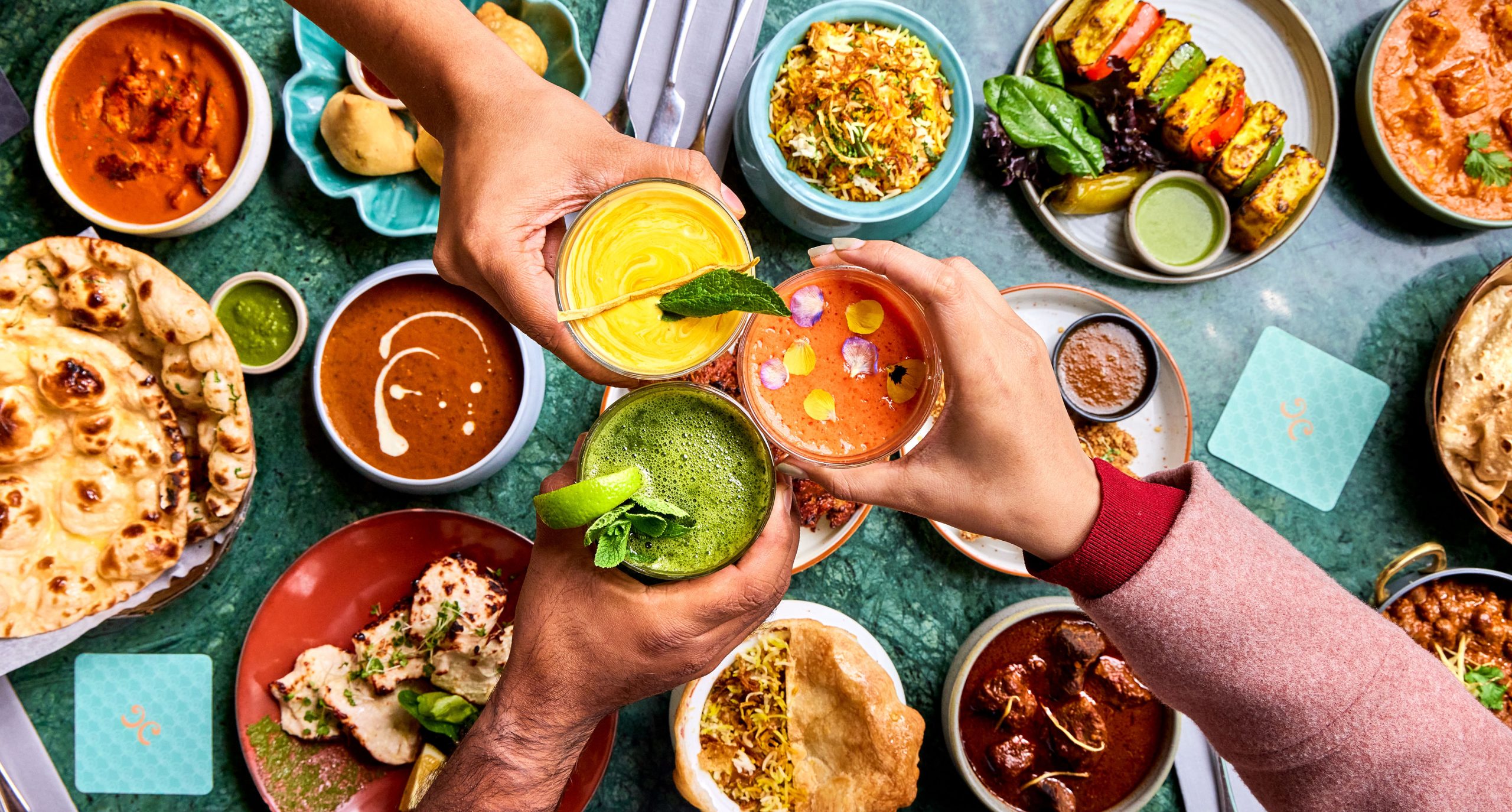 The hottest day of the year and I was about to eat a curry outside of a shopping centre, it wasn’t exactly the most enticing invite I’ve ever had. However, as I walk through the doors, the friendly staff and the soft breeze from the wooden fans above made for a cool welcome.

Nestled on the strip alongside Westfield shopping centre are an abundance of restaurants and bars ready to welcome shoppers. Usually in a location like this you don’t expect to have a warm atmosphere, the quick turn over sometimes makes for a canteen vibe however, with soft, traditional furnishings and mood lighting, there is something about this place that allows you to sit back and let time pass you by.

The menu is an extensive and delicious mix of North Indian cuisine mixed with classics. Bamboozled by choice we decide to op for the tasting menu which gave us options for both vegetarian and meat/fish choices for starters, mains, sides, and deserts. We both decide to go for refreshing non alcoholic drinks to cool ourselves from the heat outside which complimented our plethora of dishes. We start with samosa chaat and Amritsari shrimp, they both burst with flavour and delight. We move on to tandoori sweet potato and the chargrilled cheese broccoli, both of which I have never had before and the broccoli was a clear winner here, the sweetness of the chargrill against the cheese was mouth wateringly good. For our mains we have paneer masala and butter chicken soaked up with dahl, rotis and a vegetarian biryani. There was a lot of food for us to plough through, we even had enough for a doggy bag the following day.

The Copper Chimney has been going since 1972 with its humble beginnings in Bombay. After decades perfecting recipes and welcoming thousands of guests through their doors, the restaurant now has branches in four different locations across the globe and has a host of notable awards under its belt.

My one comment, if I was being very picky, would be to have more variety of dips with the dishes as it was very samey, other than that if you are after a post shopping pick me up or want to sample some delicious north Indian cuisine, Copper Chimney is well worth a visit.

In part 1 of her musings, @being_yemi_king gives

Built in the 1880's as part of the East Borneo Com