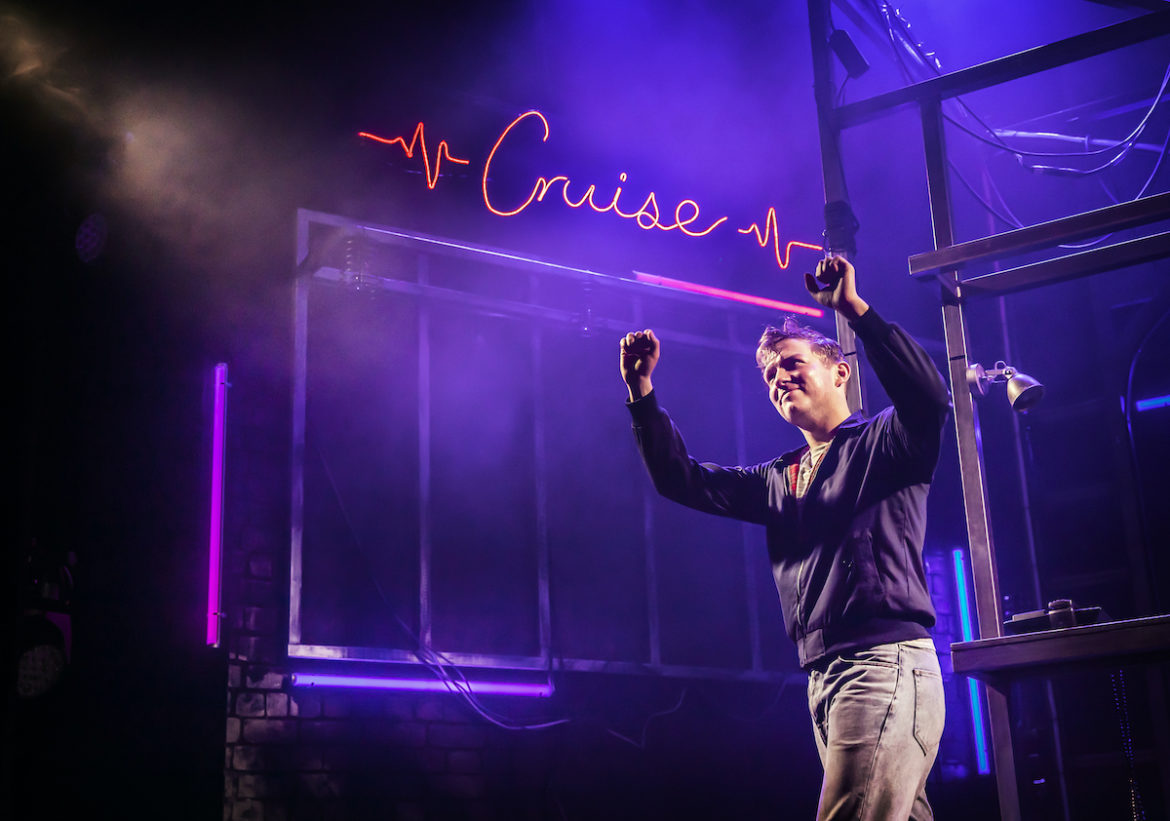 Writer/performer Jack Holden sees his play Cruise coming back to the West End in August. Jack returns to the stage to perform this unique, true story about his time volunteering for LGBTQ+ listening service Switchboard.  I got to speak to Jack about the powerful piece and his career.

Can you tell us about Olivier-nominated Cruise coming back to the West End for people that may have not seen it last time?

Cruise is based on a true story I heard when I was a volunteer for Switchboard, the LGBTQ+ helpline. It was a story of a man who moved to Soho in the 1980s, found himself, found his tribe, fell in love, and then, in 1984, was diagnosed with HIV. At the time, with no effective medication available, it was a death sentence. So, this man and his partner decided to sell their flat, sell the car, spend all their money and party, drink and dance their way through the end of their lives. In burgeoning, seedy, kaleidoscopic Soho of the time, there was plenty of opportunities for hedonism. The play tells this man’s story, while bringing to life a lost Soho through music, dance and about 30 different characters – all of which are played by me!

Do you have a favourite moment in the show?

It’s a tough call, but my favourite part of the show is probably my performance as the Royal Vauxhall Tavern’s most vulgar drag queen, Jackie Shit. I had been dying to explore my inner drag persona, so I really relish getting to that part of the show every night. I daresay I milk it juuuust a little.

Why should people come and see Cruise?

Cruise is about a serious and painful time in LGBT history, but it’s also a celebration of life, of the madness and excitement of Soho in the 1980s. The action of the play takes places from 1980 to 1989, and we mark the passage of time with music from the era – from disco, through synth-pop, via Chicago House, right into Acid House and Rave. It’s a thrilling, uplifting, foot-stomping evening at the theatre. 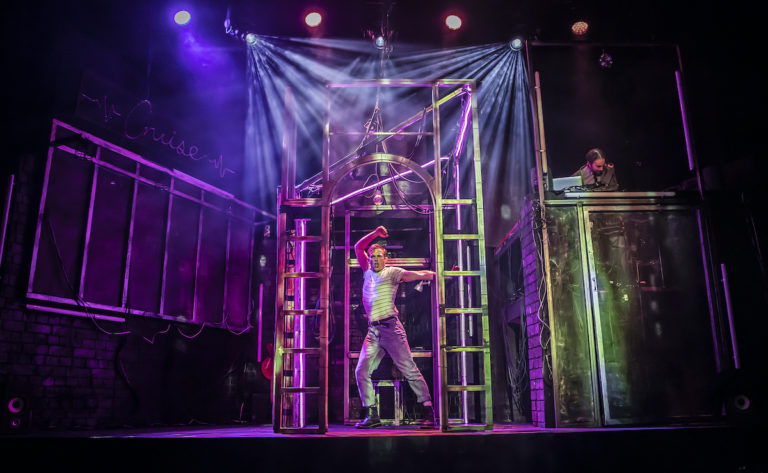 Cruise marks your West End debut as a playwright, do you have any other ideas for projects as a writer?

I’m interested in so many things – so many that I keep finding new things I want to write about. But right now I’m working on a play about the 1990s, a tv series about the climate crisis and a film version of Cruise!

What has been your favourite role you have played in your career and why?

That’s a hard one – I’ve been lucky enough to play a lot of brilliant parts. I loved playing Lysander in A Midsummer Night’s Dream at the Royal Shakespeare Company. Also fun was playing the first Page Three photographer in James Graham’s INK at the Almeida and in the West End. But it all kicked off with my first role as Albert Narracott in War Horse in the West End. A baptism of fire and the most fun year of my life.

How did you get into acting, and was there a particular performance you saw that resonated with you?

I loved all things creative at school, and fell in love with acting during my drama GCSE. When I discovered that drama schools existed, I knew I had to go to one straight after school. I was lucky enough to get into Bristol Old Vic Theatre School and had a great time there. I only really got to see the odd musical when I was young – but the magic of the theatre, the thrill of the performances caught me even then. After leaving drama school I saw as much theatre as I possibly could, usually three or four times per week. But there are performances which change British theatre: Mark Rylance in Jerusalem, Denise Gough in People, Places and Things for example. 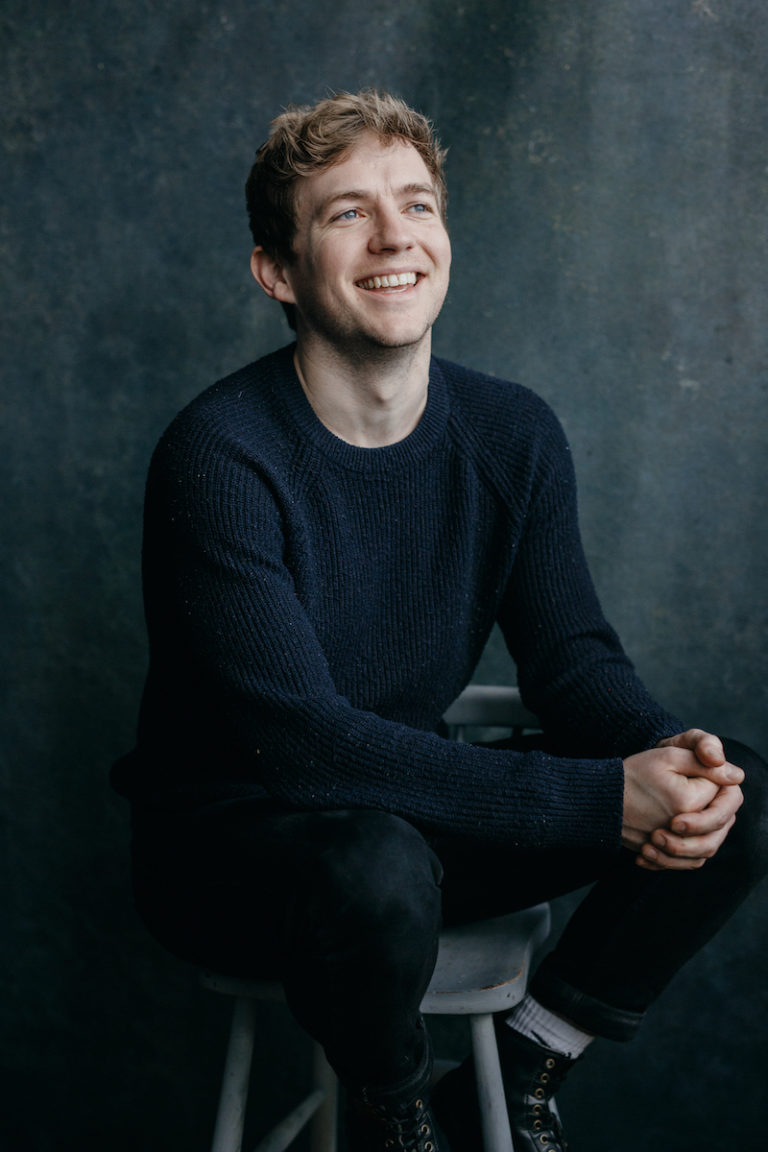 Being able to do what I love. It sounds a bit obvious, but it was actually something I took for granted before the pandemic. 2020 really made me savour every opportunity I get to do this silly, expressive, magical job.

I love character actors above all others: Daniel Day Lewis, Philip Seymour Hoffman, Alan Rickman, Michael Stuhlbarg, Carey Mulligan, Julie Walters, Kristin Scott Thomas. I’m also in awe of artistic directors of theatres: it looks like the most stressful job in the entire entertainment business, and you must only be able to do it if you absolutely love theatre. That love and dedication to the art form is inspirational.

Where can people follow your work on social media?

Our culture editor @bespokenbeyond caught up with