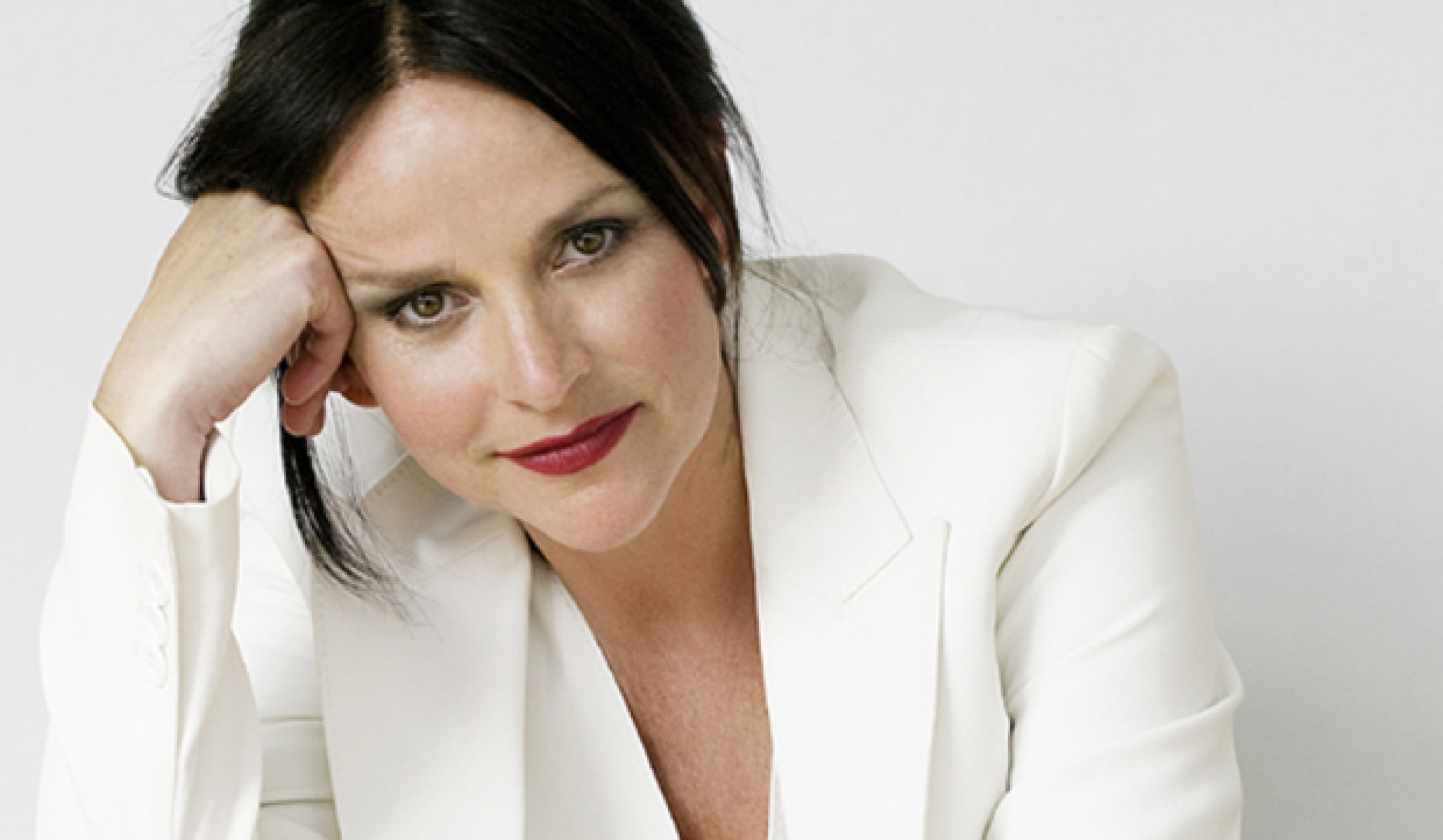 West End and Broadway star Sally Ann Triplett has joined the UK tour of the critically-acclaimed stage production of Irving Berlin’s White Christmas.  We got to speak to the legendary star about her stepping into the role of Martha in White Christmas at short notice!  Plus, amazing career from Eurovision (twice) to The S.S America, Singapore and more!

White Christmas on stage sounds an amazing wintery treat, what can you tell us about your character Martha Watson, what drew you to the role?

Well, I took the role onboard with less than 24 hours’ notice, so I didn’t have a lot of time to think about it! But since working on it for the last week and a half I’ve just fallen in love with Martha. She’s such a busybody and wants to know everyone’s business, but she has a heart of gold and wants what’s best for everyone. She loves showbusiness, it’s in her bones, so it’s a great character to get into the skin of. She’s great fun and lovely as well, which is always a blessing!

What can people expect from White Christmas from screen to stage?

I grew up watching White Christmas, like most people. I’ve watched it every single year, maybe twice every Christmas, since I can remember. It always gives you that warm glow and that love of Christmas, getting you into the festive spirit.

This production floors me every time I watch it from the wings (the bits I’m not in) because it’s so brilliantly done – so brilliantly choreographed, brilliantly directed, and the music! Irving Berlin’s music is off the charts, it’s incredible, and it’s so touching and so moving, it never ceases to fail. If anything, it’s more moving than the film.

You have appeared on Broadway and The West End what is that experience like in each country as a performer?

I’ve been in the West End for nearly all my life, coming up to 42 years, and it’s my home – London is my home. It’s an amazing place to work, and I’ve always felt like part of a family. When you get on a plane and arrive in New York it is different, because you don’t know as many people, and they don’t know you, but their work ethics are incredible. It’s quite cutthroat there, which means that they think about themselves a lot more because they have to make it work for them. The main difference for me, is that when you get in a room in the UK (if you’re lucky), everyone is on the same page, and everyone is doing it for the good of the whole show. Whereas in the states it’s a little bit more like, ‘I’m just going to look after myself’ –there’s lots of different things in play for them, including ensuring their healthcare cover! Both places have incredible things going for them. Broadway are the masters of the musicals, and have always been seen to lead the way, but I do think in the UK we’ve got a bit of an edge because we listen a little bit more. I think we can certainly learn from each other.

This is kind of full circle. My favourite show I’ve ever been in was Anything Goes, which started at the National with Trevor Nunn before we went to Drury Lane for a year. Anything Goes was like being in an MGM film every night, it was an amazing experience and one I shall never forget. Stephen Mear choreographed that show, and he’s also choreographed White Christmas! I hadn’t worked with Stephen since. It’s been 19 years since we worked together, so it has just been heaven to be back.

Goodness! I’ve been lucky enough to do some many things, in so many amazing places. One of the things that sticks out in my mind was when I got asked to go to Singapore to do Next To Normal – if you don’t know it you should, it’s one of the most unbelievable musicals of recent years. I got to play a bipolar mother who believes her dead son is still alive. It’s a mammoth, wonderful role. Not only that, but the company were amazing, it was such a family experience and I loved Singapore. I loved the heat and humidity; I’d go back there in a heartbeat.

I think as you get older the answer to this question changes. I think the most rewarding thing for me is the people I’ve met and the experiences and the memories I’ve shared with people along the way. It never stops. Right now, doing white Christmas is the most wonderful feeling in the room. I just hope I can keep doing jobs like this and being happy. That’s my reason for doing it because I love it.

There’s always something that goes wrong. My favourite things like this are the last afternoon or last matinee gags if they’re done well. One of my favourites was in Anything Goes – my husband was in it with me, but he was leaving after 6 months. He was not a dancer employed in the show, but he is an amazing dancer. There’s a bit where I’ve got a partner and I go down to the front of the stage and I turn back up to the back and dance with my sailor partner. Anyway, my husband had learnt the whole routine and on his last matinee I turned upstage, and my partner was him. We did this dance together and it was amazing.

They’re not probably who you might think they are. When I was growing up, I was listening to Ethel Merman, Sammy Davis Jr, Frank Sinatra, and Judy Garland – they’re all my kind of singing inspirations. Then there’s people like Jodie Foster, and Kristin Scott Thomas. My ultimate favourite male actor was Paul Newman. There are so many people, and then everyday there are more and more things that influence you. I’ve been watching the TV series Succession; I just think it’s so inspiring! It’s brilliant that you’re always inspired.

I never really think about this too much, but there are a couple of things I’d still like to do. Kiss of the Spider Woman would be one. I’d also still like to do Blood Brothers – I almost did it many years ago, but I got a job at the National which I ended up doing instead, which I almost regret because it ended up not being the best thing I’ve ever done in my life, and I’d loved to have done Blood Brothers in town.

You have iconically performed at the Eurovision Song Contest in 1980 and 1982 – what are your memories of that time and would you do it again?

I think I’m too old to do it again! Although my daughter and my son are both songwriters so we were joking that they should write me a song and I’d perform it. I have amazing memories from it. The one in 1980 I was still in college, so I was only 17 years old. The Saturday night I was at The Hague representing Britain (we came third which was great) and on Monday morning I was back at my 9.30am class at Arts Ed. I was quite proud of myself for that! The second time with Bardo, we got to number 2 in the UK charts and were a bit of a success, it was a mad whirlwind but now I look back on it with great affection. At one point in my life I didn’t tell many people about Eurovision, but now I’m so proud of having done it. To come third, and then seventh, was not bad. Now we never seem get a point!

You can catch Sally Ann Triplett in White Christmas at a venue near you, tickets available online.