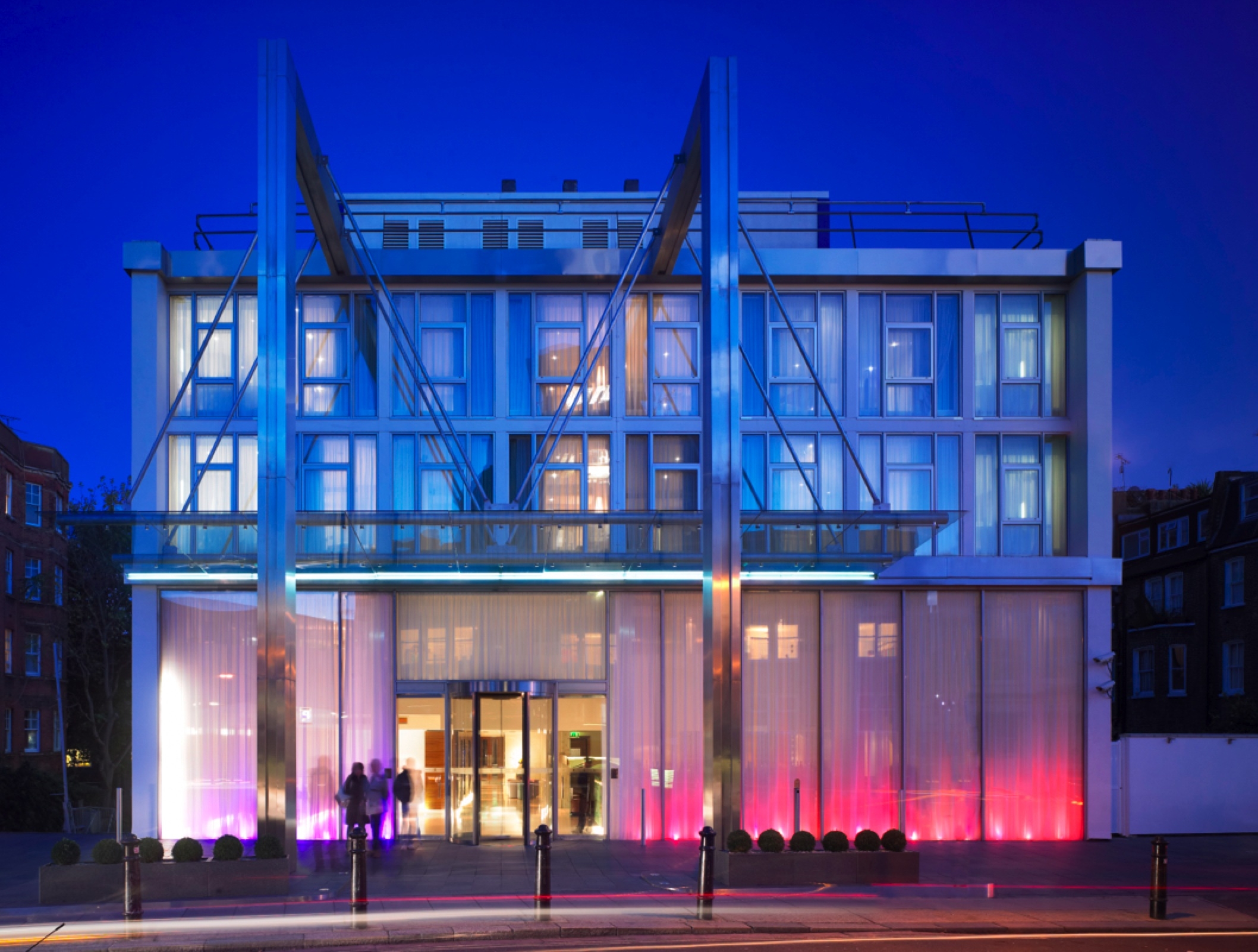 It’s Christmas, and the season of love and light, festivities and frivolities, mulled wine and…burn out. Shopping till the early hours, rushing around with grocery lists of turkeys and sprouts, trying to please the in-laws and trudging through late nights in the office cramming to get things done. These seasonal challenges were all too much for N and I as we battled through the crowds of Westfield Shopping Centre in Shepherds Bush, on a cold December Sunday.

But, there is a saving grace in Shepherds Bush: amidst the towering flats, media hubs, busy roads and gigantean Westfield shopping complex, lies an oasis of comfort and calm – the K West Hotel and Spa.

Recently redesigned, the K West Hotel and Spa is inspired by the cult West London hotel’s rich music heritage and history of musicians staying at the hotel. Formerly the BBC Building Kensington House in the 60s, an endless list of Rock ‘N’ Roll royalty has stayed and played at K West including Bob Marley and the Wailers, Bowie, The Kinks and Roxy Music. Musicians young and old still enjoy staying here after playing at the O2 Shepherds Bush Empire and the Apollo.

As a result, the hotel isn’t your average formal 4 star London venue, nor is it of the bleak and soulless chain variety. Rather, it has a relaxed and serene atmosphere – minimalist nude colours, dim lighting, roaring fireplace, and a permeating gentle golden glow throughout – that keeps the vibe warm and soothing. A perfect retreat from the busy hub that is Shepherds Bush. N and I were pleasantly surprised to enjoy the lobby bar (named the Studio Bar) as a genuinely appealing and attractive chilled upmarket lounge bar – and noted we would happily enjoy an evening here on a normal week night – or on a Friday / Saturday when DJs play from 10pm – 2am. Indeed, the extensive drinks menu follows the legacy of the K West musicians and showcases six signature Bourbon Whiskey Cocktails available, plus the quirky K West special ‘Pickleback’ shot of Jack Daniels whiskey accompanied with a shot of pickle juice. By day, the Studio Bar is a light and airy space for creative meetings over coffees and laptops – plugs abound, the wifi is strong, and guests can use complimentary iMacs if they need.

Of the 219 guestrooms, we had a twin executive suite with a generous living room area. The décor retained the hotel’s theme of calming and neutral nudes, and the space boasted an LCD flat screen, sandblasted glass, and original artwork which gave the room a distinctive K West stamp. The bathroom was large and comfortable, with Aromatherapy Associates toiletries and elegnat designer Philippe Starck double-ended baths and fixtures.

Not only the hotel itself but the spa complex inside can be a saving harbour in the stress and crazy life of busy city. The spa complex is available to the hotel guests as well as to non-residents. Awarded ‘Best Spa in London’ at the Good Spa Guide Awards 2015 and winner of a World Luxury Spa Award, K West’s holistic spa offers a range of exclusive treatments. Guests can enjoy the Spa Chill area for just £20 per person but we decided that there is no better Christmas gift than wonderful therapy so we booked a 50-minute Distressed Muscles – Deep Tissue Massage (and let me tell you how hard it was to choose amongst the long list of suggested treatments!) and received complimentary spa access. The spa complex is located on the lower-ground floor of the hotel and is organized in a very convenient way where the changing rooms are equipped with everything you might need before or after Spa (from aromatherapy toiletries and bath robes to hair straighteners). The changing rooms also lead to the Chill area so there’s no awkward wandering around the hotel in your robe. Inside, K Spa has a Scandinavian Sauna and Steam room so that you can choose which is more preferable to you: hot but dry air of Sauna or dense humid air but gentle heat of the Steam room, or maybe enjoy both? The steam room had eucalyptus oil, which added to the steam generating system and made it not only a relaxing and balancing experience but also helpful for your health. If you’re not a big fan of extreme temperatures and humidity or it’s not for you due to potential health issues, then the aroma scented Sanarium with its gentle heat and reduced humidity is a perfect option for you. To increase the beneficial effects of the heat treatments, K Spa offers London’s first Snow Paradise. The room is full of snow and chilled to -15*C, this cabin complements the spa’s hot-cold therapy alternating between steam and ice environments. The sudden and extreme change in temperatures will stimulate blood circulation and will encourage your immune system to cope with the usual autumn-winter colds attack. After a few intense heat-ice cycles it was nice just to rest in the Hydrotherapy pool with warm bubbling water which together with the strong stream of a thundering waterfall shower mimic a good massage. To relax after the treatment, you can rehydrate your body and share your experience of all the spa adventures with your friend by staying in the Chill area with a glass of cucumber or mint water. Decorated with white and gold mosaic, this comfortable Chill area is completed with foot salt baths to cleanse and relax your feet. All in all, K Spa is enjoyable memorable experience, which make your body feel revitalized and reenergized – priceless feeling in the modern day reality.

The massage I had by Norbert was excellent – a deep tissue, firm and rigorous – attack on all my knots and stresses. 60 minutes of bliss.

After a restful nights sleep, we had our cooked breakfast in the morning on the mezzanine floor above the Bar, in the Studio Kitchen which is an informal eatery with an urban New York vibe. Breakfast was perfectly tasty with adequate portions and good service, rendering the venue as less of a hotel than a normal café one would enjoy breakfast in over a weekend. During the rest of the day, the menu is of US style ‘dude food’ such as Green Chilli Cheese Burger, Buttermilk Chicken Burger and Truffled Mac and Cheese, as well as a selection of modern European dishes. After breakfast we checked out and retired back to reality as we left our oasis of chic calm and re-entered the hustle bustle of the festive season – but now, relaxed, rejuvenated, and replenished after a perfectly restful stay at the K West Hotel and Spa.