Massimo at the Corinthia Hotel 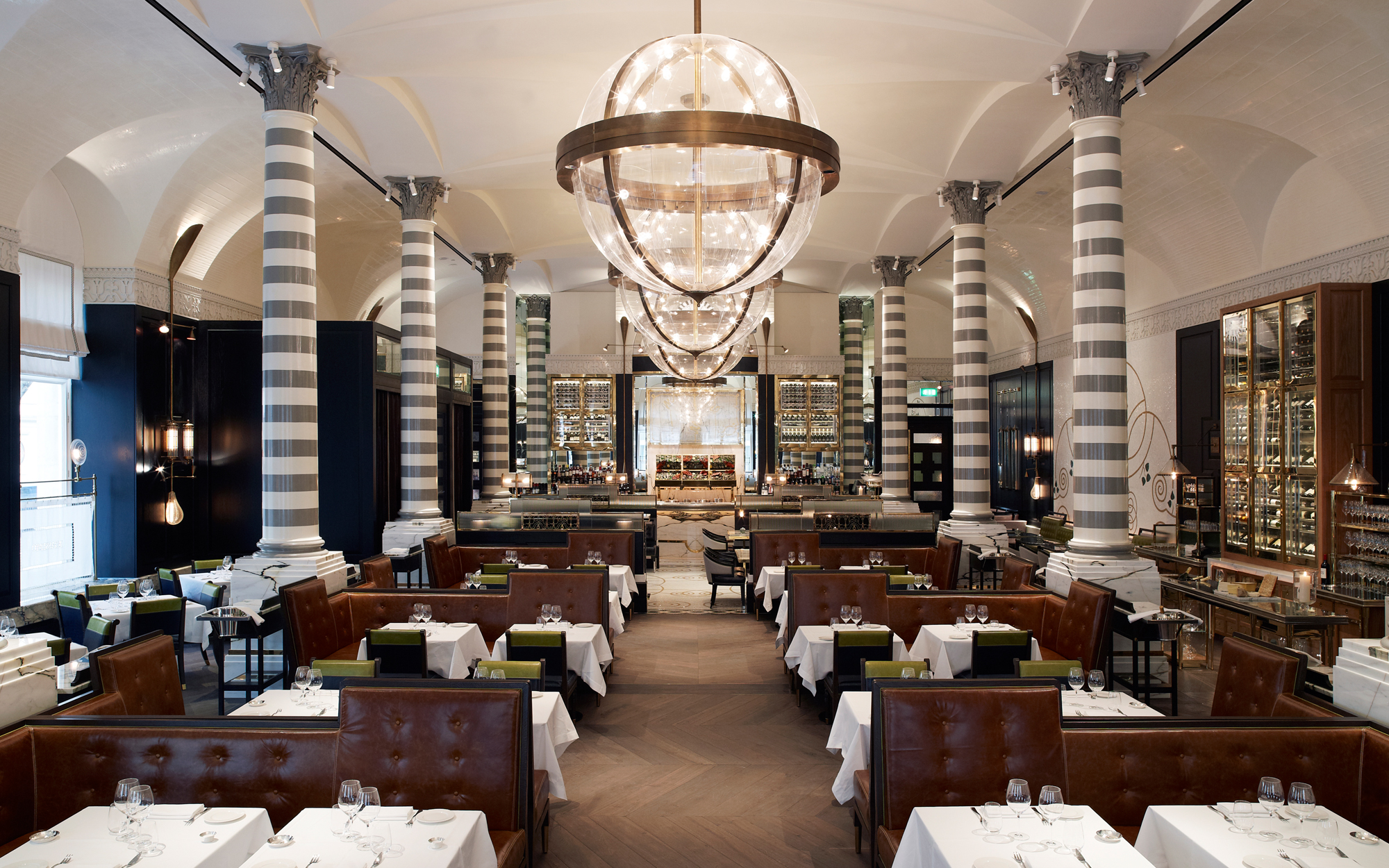 Whoever christened Massimo at the Corinthia Hotel, there is no doubt about how they felt the restaurant was to fare. At Black Book towers, you’re never far from a pun (I’ve used one already – did you spot it?) and I often look to the name of an establishment for inspiration. ‘Massimo’, popped into a translator, transforms into a cornucopia of positive extremes: utmost, highest, maximum, peak, ultimate… A succession of superlatives, indeed, but could the restaurant live up to its name?

Recent changes have led to the success of the establishment resting in the hands of Head Chef Andrea Cirino. Hailing from southern Italy and with a background in an impressive list of London restaurants, Cirino’s inspiration comes his grandfather, a respected Neapolitan pastry chef, and from the fresh seasonal ingredients that he seeks out himself at farms and markets. The result is a menu that uses modern culinary flair to showcase the sun drenched flavours of the Italian south.

Tucked into a corner of the Corinthia Hotel, the opulent marble and mahogany restaurant is an ideal romantic destination with the majority of seating arranged into intimate booths. Our table gave Charlotte and I a fine view of the room, but it was also very easy to forget that anyone else was there! In the spirit of Italian dining, we began with an Aperol spritz and some antipasti nibbles, including a variety of crisp and flavourful breadsticks. Our waitress, Rafaella, was very enthusiastic about the food and gave us some excellent recommendations while aspiring sommelier Marco impressed us with his knowledge of the wines… Superlative service, but what of the food?

I began with huge, juicy scallops with aromatic saffron dressing and tart apple and celeriac salad; the scallops were incredibly tender and the flavours very artfully combined. Charlotte chose a similarly fruity take on fish – marinated swordfish with pink peppercorn, pink grapefruit and fennel – which was a light and palate refreshing way to start the meal. As we had both opted for a marine starter, the wine was appropriately zingy – a Sicilian Centopassi Bianco from grapes grown on lands seized from the mafia.

Italian dining demands an additional ‘primo’ course that consists of pasta, soup or risotto, in a slightly smaller portion than one would expect as a main dish. If you’re not as gluttonous as we are, you can, of course, skip straight to the ‘secondo’ meat or fish, or order the ‘primo’ in a larger size. My portion of ‘cacio e pepe’ (cheese and black pepper) bucatini was still very substantial, but so simple and flavoursome that it was gone as quickly as my fork-twisting would allow. Definitely a dish for the turophiles, it might be the cheesiest thing since the pick up line… Charlotte had taken a leap of faith with the pasta special, ravioli of rabbit with pumpkin. Each raviolo had delicately thin pasta containing succulent rabbit meat and the pumpkin sauce was complex, with rosemary and saffron running through it.

Clearly in a game mood, Charlotte’s choice for secondo was rabbit again, this time in the culinary style of Ischia, roasted with spring garlic and chili. The garlic was served as an almost entire bulb, roasted to gooey perfection, and, although the chili was implicit, the rabbit itself was rich and tasty. The superlative here was definitely ‘largest’ as the amount of meat was substantial! My dish, grilled cuttlefish with crispy polenta, was also enormous, with the spicy, dense flesh of a cuttlefish arriving in what can only be called a slab. It was fresh, moreish and, given its size, I was pleased that the polenta turned out to only be two thin crisps sitting on top of the garnish. Our wine pairings diverged at this point, naturally. Charlotte had a Montefalco Rosso 2011 and I had a Klaus Lentsch Lagrein Riserva 2013, which was pleasantly earthy with a touch of spiciness.

To end the meal, I chose the ‘Degustation of Chocolate, which consisted of bite size chocolate delicacies, ranging from ice cream to dark chocolate ganache. The Sauternes dessert wine that accompanied this was fragrant and provided a natural honey sweetness through the sexy cocoa richness. Charlotte chose rhum baba, a dessert which relies on its light pastry and boozy flavour to overcome its less-than-refined appearance, but was suitably rum-soused and texturally delightful.

Massimo adds an authentic Italian option to the already diverse options for food and beverages at The Corinthia Hotel. Fabulous, delectable, incandescent… Massimo served us a meal that was perfect for the season, that exceeded expectations without overcomplicating, that whisked our taste buds all the to way southern Italy to celebrate the vibrancy of regional flavour. Only a succession of superlatives will do.