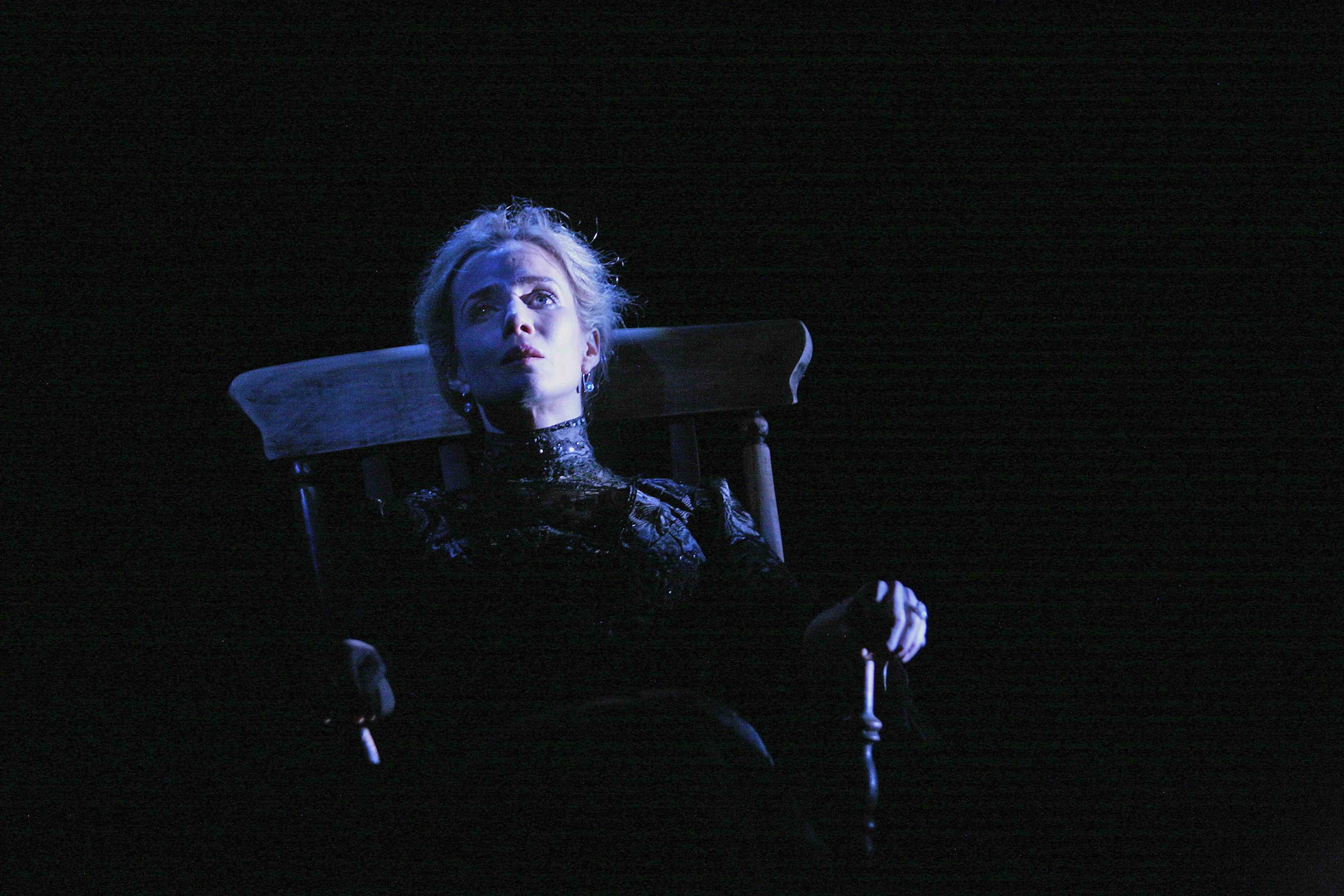 Samuel Beckett is often considered one of the most influential writers in recent history and his avant garde and minimalist works are perfect subjects for the progressive approach of the Royal Court Theatre, where Not I was first performed forty years ago and to which it returned last year. Having come to the end of its run there, the show recently moved to the Duchess Theatre in the West End and two more short pieces were added, Footfalls and Rockaby, all performed as a one-woman show by Irish actress Lisa Dwan.

Known for his bleak outlook, Beckett’s plays will probably not provide the feel-good family experience that most tourists look for in the West End, nor is it a great show for a first date – you might be better off reserving this type of play for someone you already know to have an interest in theatre. It might also be advisable to avoid this production if you’re scared of the dark… However, with these caveats established, I would strongly recommend this to newcomers to Beckett, as well as those who are familiar with his work.

Not I, written in 1972, features an illuminated female mouth that seems to float, disembodied, above the stage, while the entire auditorium is in complete darkness. This is no exaggeration; emergency exit lights are switched off and it was impossible to see the heads of those in front of me! The text centres on a woman’s repression of an event that has caused her to begin her rushing verbosity after a lengthy period of mutism, but leaves some doubt as to what the specifics of this event might have been. Lisa Dwan tackles this challenging performance with confidence, having received coaching in the role from Billie Whitelaw, who herself received substantial training from Beckett himself. The breathless speed-of-thought performance is unsettling and, although there are just four movements written into the script, the effect of having the mouth as a single point of light in the dark is swaying vertigo.

Director Walter Asmus, a long-time friend of Beckett, has remained faithful to the original in-text directions, working with lighting designer James Farncombe and sound designer David McSeveney, to create the most minimalistic effects that really focus on the character. In the second piece, Footfalls, the room remains in relative darkness, with only a dim glow around the white-clad character of May and some minimal illumination of Lisa Dwan’s face when she turned to the audience to speak. May paces back and forth across the stage, her very footfalls dictated by Beckett in his notes, pausing only to have a conversation with her dying mother, also voiced by Dwan, who is apparently offstage and who may already be dead, or even an invention of May’s mind. Although Footfalls describes the relationship between mother and daughter, May’s ghostly appearance and metronomic pacing recall to mind the hysteric of early psychology and evoke mesmeric focus in the audience.

The final piece, Rockaby, is popular among Beckett’s later works and features an older woman in evening dress, seated in a rocking chair. Again, the lights remained low for this section, allowing Dwan’s face to disappear completely when she leant backwards on the chair, leaving only her hands brightly illuminated as they gripped the chair arms. Dwan’s pre-recorded voice is the only sound throughout most of the piece, although there are some specific lines spoken live as well. The circular nature of the monologue acts like a lullaby which describes details from the life of the character and which seems to be accompanying the characters final decline to death. The monotone voice acts on the audience too, and you can feel yourself being lulled by the tone, even if you are aware of the frightening emptiness of meaning that is attached to this woman’s last moments.

Between the three short pieces, the thread that runs between them is the theme of movement, specifically movement which is at once futile and absurd, with the disembodied mouth, the pacing and the rocking. The audience is left with a sense of movement that persists when they leave the theatre, a strange swaying motion that might mark the passing of time or an impending totter towards insanity. Lisa Dwan manages to occupy the perfect liminal position, between embodiment of character and departure from realism, that characterises Beckett’s work and the characters are tragic and comic simultaneously, the ridiculousness of their situations allowing us to laugh at their despair.

The trilogy will be at the Duchess Theatre until February 15th 2014, with tickets available from the Royal Court website. Whether you want to see Beckett performed as he himself intended or you have never seen any Beckett before – and if you are able to stand the dark – you will certainly find this production illuminating.