The Vaults presents Sounds and Sorcery 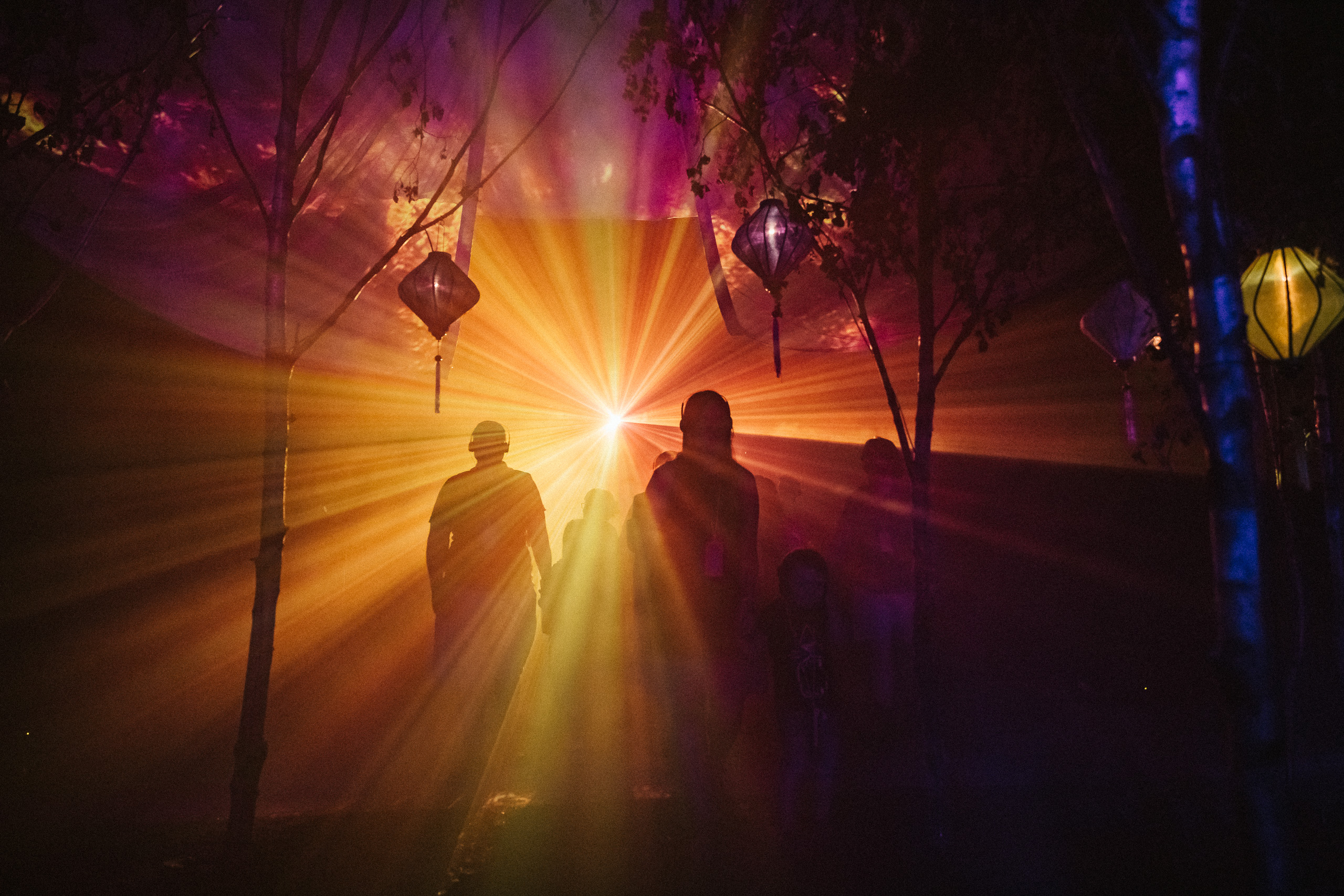 Those of us who grew up with a VHS tape of Disney’s Fantasia in the family film collection are likely to have vivid memories of colours, hippos, fairies dancing to swirling music and the scary tale of the sorcerer’s apprentice, which tells the sorry story of young Mickey Mouse daring to acquire magic for himself. Fantasia was a daring feet for Disney, as unlike previous movies this 1940 animated piece had no narrative but consisted of eight shorts using well-known classical music pieces.

Director Daisy Evans (Founder of Silent Opera) has now taken the plunge and put wizardry (with a lot of creative brain power) to work to create an immersive experience celebrating the music and magic of Disney’s masterpiece. Deep under Waterloo Station in The Vaults, her team have conjured up a fairy tale world of frozen lakes, hissing volcanoes, babbling brooks and comical cabaret.

As soon as you walk down the graffitied tunnel at Leake Street you feel you have walked into a magical world with the vivid imagination of the artists work spray painted onto the walls, I recommend taking a walk down the tunnel as the art changes regularly!

After a bag search and a final check you do not need facilities (but don’t panic there are toilets in the bar area) you come into the purple haze of the reception area where you collect your headset and await your allotted time. Make sure you put your phone to flight mode as the connection can interfere with iPod used to play the score.

As the kingdom opens, audience members don headsets that render the classical music which was at the heart of Disney’s film, synchronised with the performances and animations. The first section you lie on your back and listen to Bach with psychedelic overhead visuals of swirling instruments then you step into the next section.

You are invited to wander freely through the mystical underground landscape that has been created through beautiful set design, video projections, clever lighting and performance pieces. Kitty Callister’s designs pay homage to the original movie and there are some cute set pieces, such as the Frost Fairies of the Nutcracker Suite.

A couple of moments stand out in particular. I very much enjoyed the bold re-imagining of the Dance of the Hours, which featured a hippo, a crocodile, an elephant and an ostrich in the original, here performed by actors in a cabaret style bar setting. Not only can you have a giggle you can have a drink and relax with the score playing as the clouds move above your head.

Thankfully the masterminds behind Sounds and Sorcery have not tried to create a copy of the film version, but instead have developed a new, visually brilliant and hilarious rendition which works for the space and format.

The cleverly adapted scene from the Sorcerer’s Apprentice is well staged, using actors rather than brooms (as per the original cartoon) the dancers take turns to jinx each other while scrubbing the floor in a whirling wet dance. Although be warned, you will get wet if you dare to sit in the front!

The volcanic wasteland in the Rite of Spring: is cleverly pieced together in an obstacle course kind of way and although it gets dark don’t be scared, as I crept about through the tunnels in the darkness I wondered if someone was going to jump out at me – but they did not so don’t panic! I also pondered on how many people find the Dinosaur’s egg?

Unfortunately for an immersive show celebrating the magic and music of a film created over 75 years ago, the sound from the headphones was patchy and grainy – all the more frustrating as the music is so powerful and beautiful and is central to the experience. Hopefully these were initial teething problems which will be sorted out shortly – but kudos to the staff who quickly helped me with my broken headset and who were always on hand to help with any queries.

I also feel there could have been more interaction with actors and audience goers, a bit like The Drowned Man where actors involve you in the piece. But I did like the fact you can take the show at your own pace and go where ever you wish – you do not have to follow a set path. They say it takes 90 minutes but I ended up in the world of Sounds and Sorcery for over 2 hours!

Sounds and Sorcery deserves credit for giving people an opportunity to engage with classical music in a different way. It was wonderful to see lots of different people starting to sway and dance to the tunes amongst the fir trees and children enjoying the sights and sounds in a theatrical experience that is different to sitting in the stalls for two and a half hours!

It’s a wonderful production, but there could be a few changes to make it spectacular. Whether old or young, go open that sorcerer’s book, and let the magic do the rest in The Vaults!