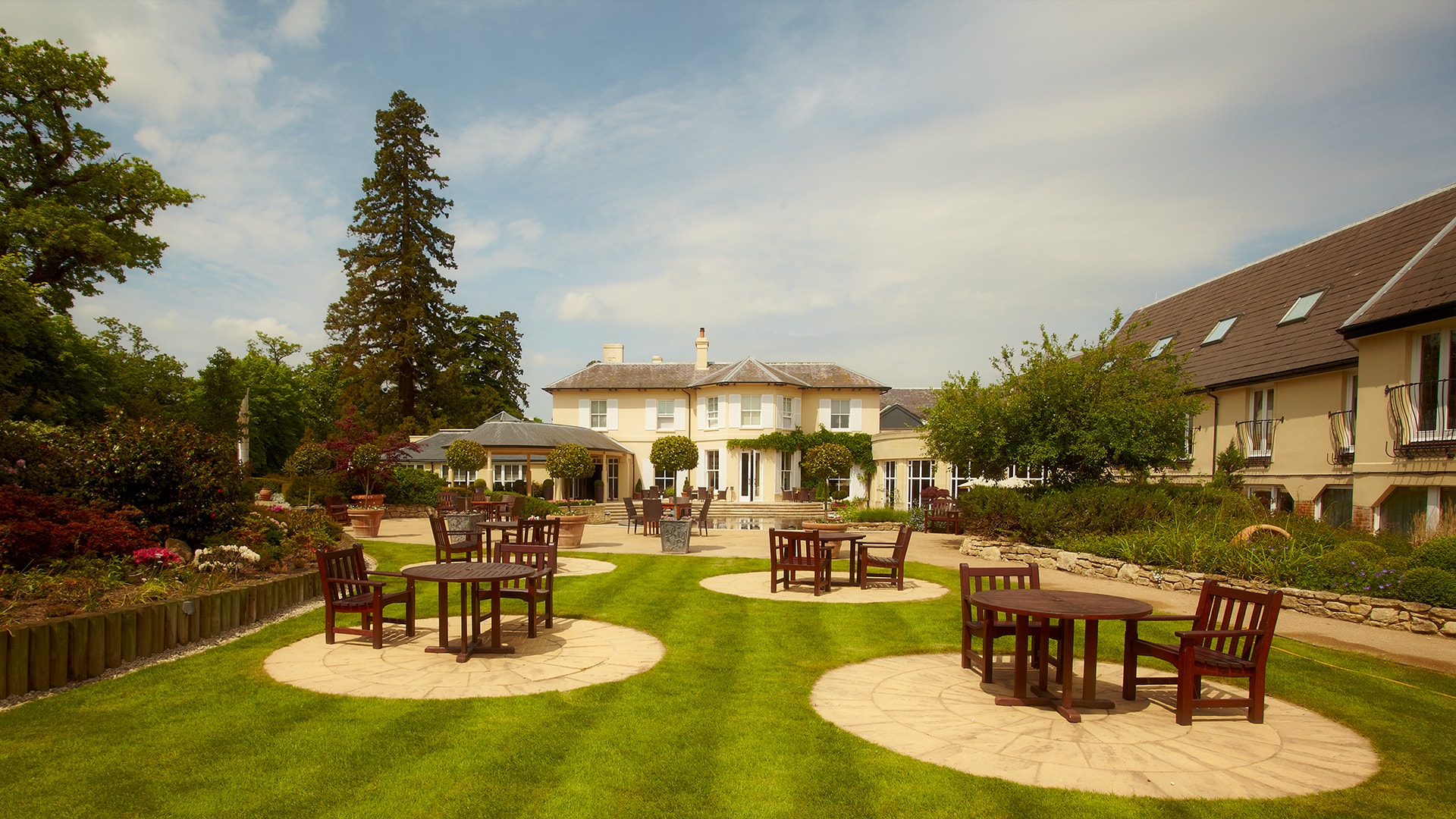 We were off to relax for the weekend, in one of the top wine hotels outside of London. Just 1:30 hours west of London, just outside Newbury sits the country retreat The Vineyard where we were to test our taste buds on their wine collection and fine cuisine. From the outside the Hotel looks fairly new but once you enter the design echoes the style and elegance of Regency and Georgian period modern touches here and there that hint at a Californian influence. The walls are decorated with original paintings from the 19th and early 20th century, such as Boris Smirnoff’s portraits and nudes; obviously the owner has an eye for style and design. In fact the owner of the hotel is Sir Peter Michael, British engineer and entrepreneur who founded Classic FM the Peter Michael Winery in California, hence the influence in the interior design of the hotel. On first walking through the door one is hit by the display of fine wines, with glass walls to the sides and a glass floor under one’s feet there is a feeling that this glass tunnel is just the tip of the iceberg that hides 30,000 bottles of wine in the cellars; this was going to be a fun weekend indeed. With 32 suites, 17 bedrooms and Five AA Red Stars we were also going to be in for very relaxing time.

So, why the Vineyard? Back in the 70s, Sir Peter visited San Francisco where he discovered a Chardonnay that blew his socks off; this was like nothing that he had ever tasted before. In fact this particular wine was to go on to play a leading part in the story of ‘Judgment of Paris’. In 1976, in small room in a Paris hotel, a dual was afoot; a battle that would rock the centuries old status quo in the wine industry.  In a blind tasting with some of the leading French wine aficionados of the day, Californian wines were chosen over and above France’s very best wines including some of the biggest names in wines. This particular Chardonnay totally rocked Peter’s point of view of European wines, so much so that he longed to create his own vineyard in California and create unsurpassable wines himself. Like all good entrepreneur the passion was ignited, Sir Peter went in search of the perfect Californian terroir and in 1982 he discovered a volcanic rocky hillside on the side of Mount St. Helena in Sonoma county and the rest is as they say history. To commemorate Sir Peter commissioned a giant wall painting of the gathering of France’s wine specialists at the ‘Judgment of Paris’. This can be seen when you walk through the glass tunnel of wine; if you look closely, you might be able to find Sir Peter hiding amongst the aficionados.

Once Cheeky had unwound in the spa, we freshened up and sipped a G&T in the lounge it was time for our ‘Tasting Menu’ gourmet and wine extravaganza. We were about to take part in the story and experience the ‘Judgment of Paris’ for ourselves. We were to eat seven course each accompanied by two wines per dish; one French and one Californian. The task at hand was to guess which was from a French vineyard and which was from a Californian vineyard, so the competition was afoot. First course was a crisp and delicately seared Salmon with wasabi ice cream. The two wines arrived, one was a minerally French Bordeaux Blanc ‘S’ de Suduiraut from 2014 whilst the other was from Sir Peter’s Vineyard a clean and very crisp L’Apres Midi. We both followed our intuition and guessed correct, phew!. Next we had tuna prepared like a smoked Norwegian meat, served with a fine Chateau Montelena Californian Chardonnay and a French Meursault White Burgundy Lafouge, Cheeky won this round. By the third course, the competition was in full swing when suddenly the rules changed to keep us on our toes; only one glass arrived, but it was black so that we could not tell the colour of the wine, so we had to pick the colour and the origin. As we ate our pan-fried Foie Gras which was almost like a dessert with its candied walnuts we mused over the mystery contents of our stunning black wine glasses. The taste was very interesting, it tasted like a European red grown at altitude, however it was all a ruse because when unmasked it was actually a white Château Peyreblanque Graves Blanc from France, which apparently tasted like a red! Both Cheeky and I were fooled.

A balanced sweet and savoury cod with hints of india in the flavours was served next, with a heavy but young French 2015 Frédéric Magnien Gevrey-Chambertin and a rounded and rather refined and rounded Pinot Noir le Caprice from Sir Peter’s vineyard; on this occasion I won this round. The next course was right up my street, a true caveman’s dream. A tender Black Angus sirloin served with marrowbone, shredded beef cheek, sweet and delicate onion with lovage and carrot, certainly my favourite course so far. We drew even on this course guessing the Californian Griffin’s Lair Syrah and the French Cote Rotie, La Germine. It seems that the chef knows how to get the best out of their ingredients, even getting Cheeky to eat foods that she would not normally touch!  It was now time to change from savoury to sweet as we were served a symphony of flavours with lime, coconut, pineapple and basil; what a mix of flavours all paired with two equally delicious wines, a 2002 Clos du Marquis of France and one of Sir Peter’s Au Paradis from 2013. Despite the age difference the wines were equal in stature; Cheeky and I both guessed correct.

Lucas from Lyon served our wines throughout the evening and made the experience that much more entertaining with his knowledge of the wines and fun bravado. The food was superb, and I particularly enjoyed the very final sweet dessert of salted caramel, manjari and tonka bean. This is possibly one of the most entertaining dining experiences in memory and we finished the evening if not a little squiffy after 12 glasses of wine. If you are looking for a fun night away with your partner or perhaps a group of friends then I can not think of a finer way to while away the hours swilling wine whilst discussing, debating, deliberating, confabulating and even guessing what is in the glass.