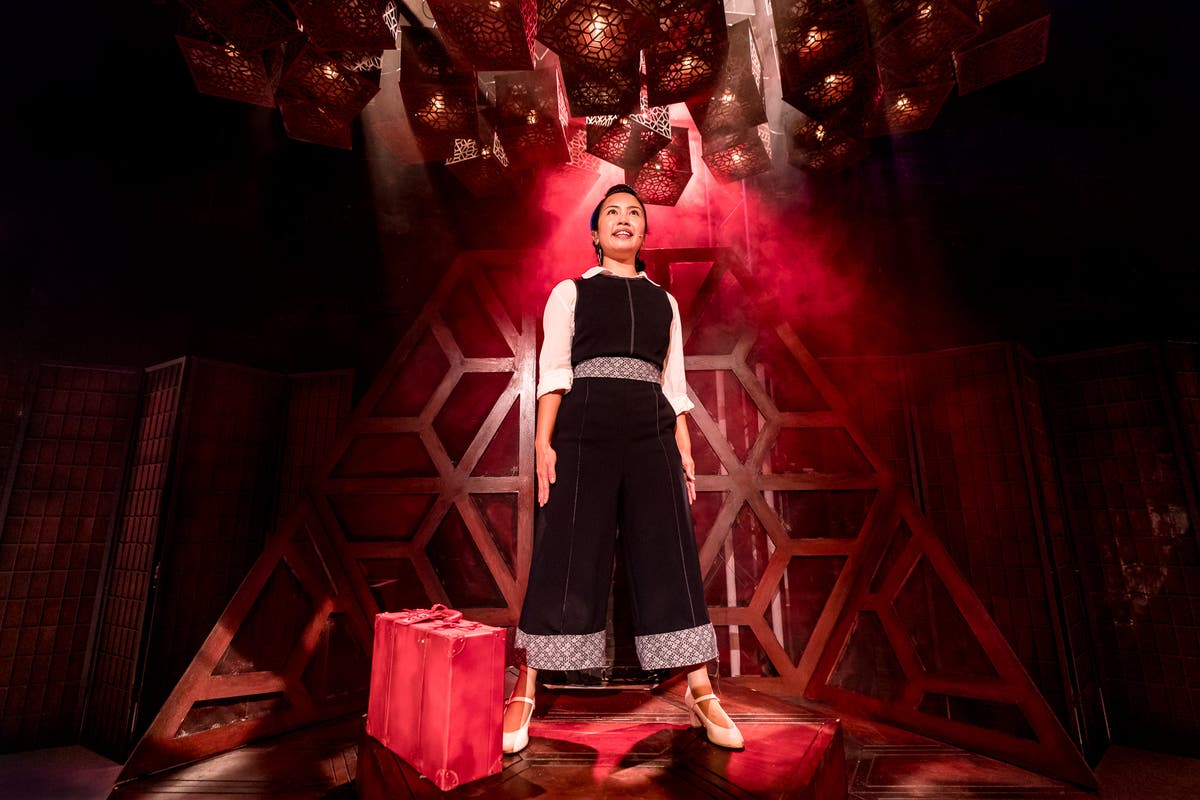 The musical tells the true story of a young American woman, Iva Toguri, who is wrongly accused of broadcasting Japanese propaganda to military troops during the war between Japan and the US in the 1940’s. Toguri, who came to be known as “Tokyo Rose” visits family in Japan to learn more about her heritage. During her time there, the war erupts, unable to make it back to her native home, she takes a job as a radio announcer for the Zero Hour resulting in an historical trail that saw her falsely imprisoned for six years and spending another thirty trying to clear her name.

The six-strong female cast burst onto the set with a thrilling pop number, a theme which runs throughout the entire show. The vocal performances are fierce and, while individual performances are incredible, sometimes when the group come together it can feel a bit shrill in parts. The script is minimal and simply links each song together making this wall-to-wall with pop bangers, however, a variety of musical styles would not have gone a miss.

The show sees Iva’s heart-breaking story brought to the stage  by this practically all-female cast, and creators. Hannah Benson, who not only directed, co-wrote, vocal arranged and co-choreographed the show, had a huge task on her hands with this ambitious story. Delivered as a courtroom trial in the US, we flash back to wartime Japan.

The cast are also stagehands to Luke W Robson’s mobile set. They interweave between characters, taking on different personas with each scene change, taking set and props with them as they go. Lucy Park gives a wonderful performance as Iva’s father and various comical characters along the plot. Maya Britto’s performance as Iva takes her from an innocent college graduate to a strong and fierce woman ready to take on the world and the American justice system.

The story, although a fascinating one, felt rushed in parts and drawn out in others. The show’s run time of two hours and twenty minutes felt exhausting at times with the non-stop, pop video style choreography. However, I’m sure with a little finessing this could be a wonderful tale that could well reach the West End.

Showing at the Southwark Playhouse until 16th October, to book see online.