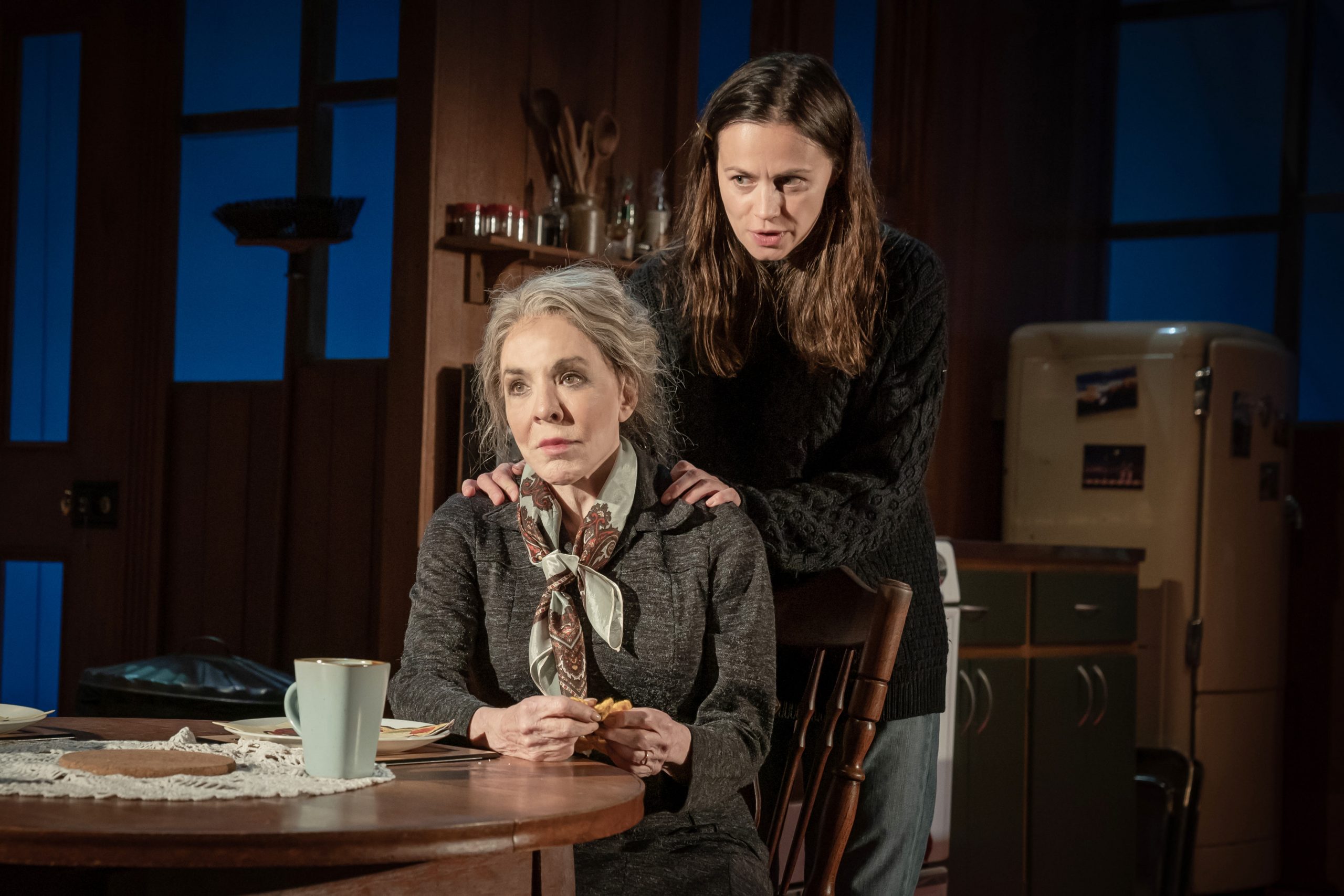 Marsha Norman’s Pulitzer Prize-winning drama, Night Mother, has been revived at the intimate Hampstead Theatre – where it originated – in a new production directed by Roxana Silbert. This two-hander focuses on the lives of mother Thelma (Stockard Channing) and daughter Jessie (Rebecca Night). A shocking revelation early on in the play reveals that this may be the last night the pair spend together. The play unfolds in real-time, making the 90-minute show the same duration as the play’s action.

It’s a gripping revival which may not be an easy watch, but proves to be an absolutely fascinating one. The script touches on a wide range of tricky topics – illness, suicide, divorce and more besides – which are considered with sensitivity. It leads us as viewers to question whether a person really needs a ‘reason’ to want to end their life, or if it is a decision, you simply make; something as easy as getting off a bus if you have had enough of the ride (as Jessie states).

Rebecca Night portrays Jessie with abject resignation, which is not necessarily a bad thing. She presents a facet of depression that isn’t ordinarily shown. Jessie is epileptic and living with her mother, her husband has left her, and her son is going nowhere in life. It’s a lot, but she is not a woman without options or means. This is where the nuances of the illness she is battling comes in, she is not simply sad, or overwhelmed with problems looking for a way out, she is ill.

Stockard Channing as Thelma plays her reaction to Jessie’s announcement with ranges from platitudinous disbelief to hysteria and finally a steely calm any sympathy to be had is mostly for her character – she gives a charismatic performance. It is always a pleasure to see Channing on a London stage.

Both Channing and Night are convincing in their portrayals and the mother/daughter dynamic works well in this two-hander. Marsha Norman’s writing is worth experiencing, she doesn’t shy away from the intricacies of how families hurt each other, even if the intent is good, and her exploration of a woman contemplating suicide is even more relevant today.

The play is not so much about saving Jessie as it is concern over what will happen to Thelma when Jessie is gone. What is about to happen, is happening to them both

Night Mother is at the Hampstead Theatre till December 4th 2021.