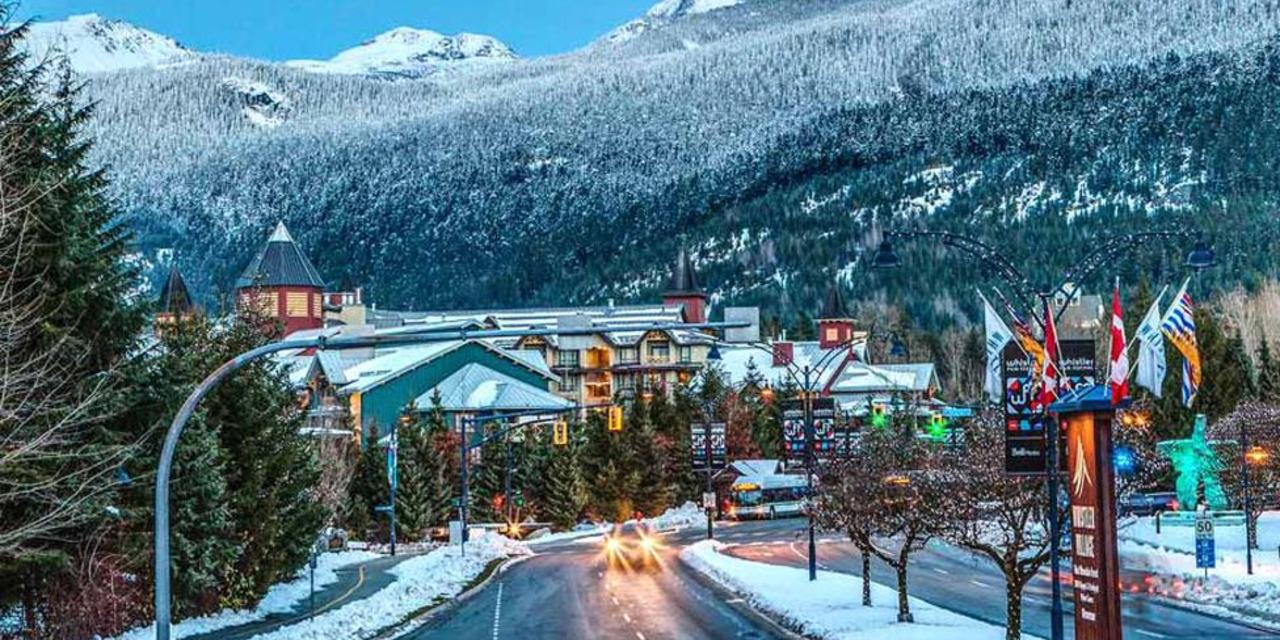 Have you ever wanted to be one of those people who go ‘up the mountains’ for a holiday? Or perhaps you wouldn’t think twice about travelling all the way to Canada for a film festival?

As a non-skier, but a lover of movies, I fall into the second category, and although the flight was long, the movie buff in me thought it was worth it!

Although Whistler is renowned for its quality of snow, the film festival is gaining momentum on the circuit, and is in it’s seventeenth year. After all, what’s better than watching a film in the warmth of a movie theatre whilst the snowflakes are falling down outside. And it’s the perfect opportunity for folk like me to binge on a huge variety of morning to night films! And the fact that Whistler is such a pretty village- easily accessible to get around by foot, and has a host of restaurants and bars meant that I didn’t feel out of place not being on the slopes!

This year, 87 films were shown, including 18 World Premieres, (16 from first-time filmmakers) and 37% directed or co-directed by women or non-binary individuals.

Known affectionately as Canada’s ‘coolest’ film festival, the five day event was spread across some of Whistler’s most happening venues, so as a tourist, I got to see the culture along with the latest offerings. And I got to rub shoulders with writers, producers, band members and Hollywood actors! If the Toronto hosts the grown up, North America film festivals, WFF is the mischievous, risk taking little sister!

With five chokka days of films action-adventure flicks to appeared high on the agenda (as adrenalin seems to radiate in the lively town), and six features made the shortlist, to celebrate the great outdoors.

One of the contenders was ‘Tsirku’, directed by Eric Crosland and Tim Symes. The pair documented a sixty-kilometre snowmobile journey to get to their final destination of the infamous Haine’s Pass. Transversing deep crevasses, severe winds and avalanche zone, the pair eventually came to the infamous “corrugated” spine lines of the Tsirku on April 1st 2016. For anyone who like a challenge, this tense documentary could definitely make you think twice!

It’s not easy being a full time skier, and ‘Fountain of Youth’ showcases veteran, pro-freeskier, Mike Douglas on his travels to Japan in search of the secrets to perpetual youth and longevity. Between skiing sessions, and apres ski, he explores the Japanese diet, fitness and temples. It also unearths the psychological and physical levels that skiers undergo to push their limits, and suggests that age is nothing but a number.

But snow sports are not all that are on offer in Canada. In spite of the weather, there is a lot more to do in this enchanting town than hit the slopes, and the Canadians are extremely proud of their culture and history; Filmmaking is definitely on the increase, as is the creative industry in general. And although it might be lacking in fashion kudos, the arts and culture scene are blooming.

Women are hugely influential on the Canadian film circuit, and namechecking the next big thing is always exciting, especially for a journalist; Coming back to the UK with new talent to promote is incredibly satisfying, so jumping on the bandwagon that the Whistler Film Festival Board recommend, I’m delighted to have been introduced to the some Canadian actors who are ones to watch.

Babyface actress Julia Sarah Stone was a winner of ‘Stars to Watch’ for her role in ‘A Worthy Companion’, where she plays 16 year old Eva, alongside Evan Rachel Wood.. Wood plays the role of an abused woman in her 20s who develops a fascination with anonymous, violent sex with strangers. Stone plays the teenage runaway she forms a disturbing relationship with. Looking at sexual exploitation from the female psyche, the film​ examines the complexity within the predator- victim relationships and the manipulation and power that comes with it.

Actor Kevin Zegers is another name to know. Playing Kurt in the première of ‘Someone Else’s Wedding’ (also starring legend Kathleen Turner), it is a family rom com, which coms and roms at the most inappropriate moments! Laugh out loud hysterical, it is a no holds barred expose of a dysfunctional family, who are forced to confront their familial demons at a family wedding. Needless to say Zegers character cocks up most of all!

Whereas ‘Story of a Girl’ is a gritty, coming of age drama, based on Sara Zarr’s award winning novel. Starring Kevin Bacon (and a cameo by his daughter Sosie), the movie was directed by his wife Kyra Sedgwick, in her directorial debut. One to watch actress Ryann Shane pleays Deana – a teenage girl dealing with the fallout of modern-day bullying from an exposed childhood sweetheart sex tape. Close to the bone for anyone who has children, or is prone to sending saucy pics, this film might make you think twice!

‘Permission’ is a steamy movie, that got me quite hot under the collar! A together-forever couple who have never played the field, decide to sample the delights of someone else’s loins before settling down for good. With Rebecca Hall and Dan Stevens as the good-looking, loved up couple, you might wonder why would they want to…

But when they realise they that they have permission- they promise each other and themselves if anything happens with a stranger it will only be physical, their sex lives become a whole lot more fun. Prickly and complicated, “Permission” questions monogamy and adultery, and after watching my advice would be- keep your hands on what you know or you might just let go!

I was also lucky enough to see the premier of ‘The Darkest Hour’. Starring Gary Oldman as Winston Churchill during his unforgettable era as Prime Minister. Once I could comprehend that it was actually Oldman, who was stuffed to the brim with foam, silicone and spandex, the fat suit became invisible, as he became Churchill with a replica voice and mannerisms. Complemented by Kristin Scott Thomas as his sharp-witted wife Clementine, and Lily James as his long-suffering secretary, this film which sensitively covers one of the most intriguing periods in British history is set to be stratastophic.

Fashionistas should not miss the documentary ‘The Gospel according to Andre’ which is based on the impressive and charismatic persona, Andre Leon Talley. Telling his life story from his humble beginnings in North Carolina, where fashion is non-existent and racism prevalent, it tracks his passion and headstrong determination to do something with his life, as he heads to New York in the ‘70s and gets his first job answering the phones for Andy Warhol.

With original footage from his personal archives, his schoolmates, family and fashion designer friends are also happy to share their memories and anecdotes. Much gratitude is expressed on legendary fashion editor Diana Vreeland, who Talley regarded as a second mother. If it wasn’t for her encouragement and connections, he declares, he wouldn’t be where he is today. And who knows, he might never have been Editor at Large at American Vogue. As the gentle giant, and as he turns 70 this year, this movie is a beautiful memoir.

Alas there was not time to see and do everything that the festival offered. Films, musics, talks, showcases, networking events and parties (as well as taking in some sights and art) made my fly by, visit fly by!

However, if I make it there next year, I am determined to have learnt to stand up on a snowboard so I can get the best of both worlds.

The Westin Resort & Spa, Whistler – Deluxe studio suites from $399 per room, per night and can be booked online.

Airport transfers with Whistler Connection – From $69 CAD + tax each way