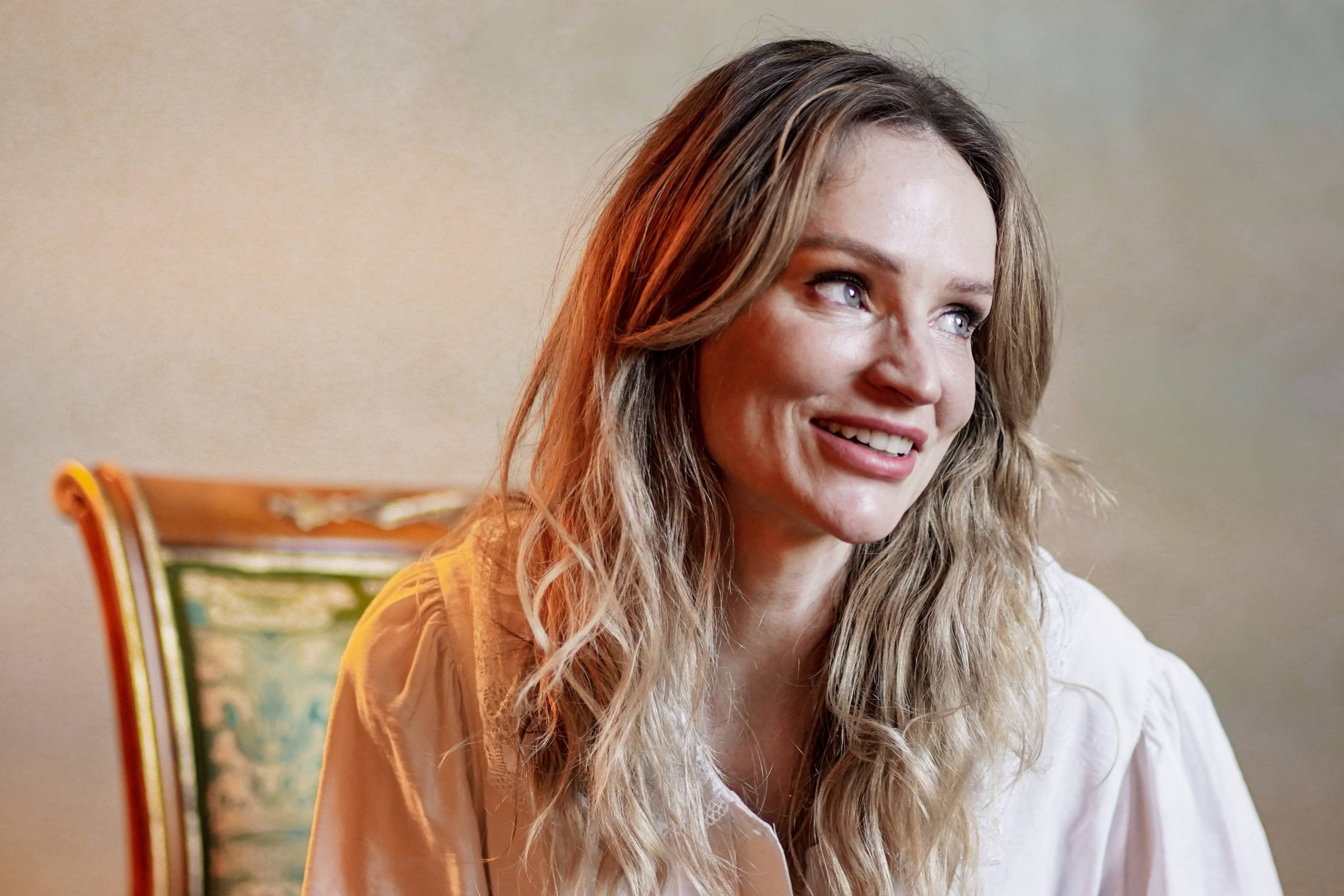 Ever get the feeling the media hates you? Whether it’s social media, the news, or magazines, it seems the media is always telling us, in subtle or direct ways, that we’re too fat. Or too thin. Too poor. Too unlovable. Too unpopular. And sadly, many women take those negative messages to heart. This has not gone unnoticed by journalist Danae Mercer. The American born writer/influencer/and former Women’s Health and Men’s Health Editor-In-Chief (Dubai) has felt that criticism herself. In fact, at one point, she became her own worst enemy.

When she was 19, her mom died. Danae was very close to her, and felt her whole world was dissolving. In order to feel like she had more control over her life and her body, she slid into anorexia nervosa. Instead of dealing directly with her grief, she thought that if she could control her weight and eating habits, she could control her life overall. Thankfully, her university noticed she was wasting away, and stepped in and really supported her recovery efforts. Today, she’s an ambassador for NEDA, the National Eating Disorder Association, championing their incredible Campus Warriors initiative. This program brings eating disorder resources to campuses. Additionally, since April 2019, Danae’s goal has been to “pull back the curtain on all the filters and flattering poses in the hope that it might help women – especially teenage girls – feel a little more comfortable in their own skin.”

After suffering through anorexia herself, and working in the publishing industry, Danae became acutely aware of the pressures on women to achieve physical perfection. This often clashes with staying in good health, which the influencer calls: “the ultimate form of self-compassion.” Yet, self-compassion is something that so few of us have. That’s why Ms. Mercer is so focused on encouraging her followers to discover self-love. The influencer is constantly sending out messages like:

“I’d like to remind you that you never need to compare yourself to a stranger on the internet.”

“The internet is curated, and you’re doing great.”

“Body trends will come and go. But self love doesn’t have to. And you, darling, you deserve the love that stays for way longer than just one season.”

These messages seem to resonate with her followers. She’s got almost 2.5m on Instagram, and they’re growing daily! We think all women need a bit of the influencer Danae Mercer in their lives. And so we present her to you here, in the interview below.

You started out as a journalist, (including writing for Eluxe!) and then made you switch over to being an influencer. What inspired that change?

Initially, your focus on Instagram was fitness. What inspired the switch from being an ‘athletic’ influencer to ‘body positivity’?

I started to realise that I didn’t feel comfortable just sharing a part of me, but hiding other bits. For instance, showing my abs but hiding all my bootie cellulite, which I’ve had for years. So I decided it was time to be more of myself, less of what I thought I had to be.

For which reasons mainly do you think women so often have such low self esteem?

I think society tells girls from a young age that their worth lies in how they look. This continues as we grow. Social media has compounded things to, making a constant pressure to be ‘perfect’ – even when in reality, we humans are so gloriously nuanced and diverse.

You often talk about how influencers pose, Photoshop and otherwise distort their bodies to look better. But how do you feel about influencers who go even further, with butt lifts and implants, removing ribs, breast implants, etc?

I don’t believe in shaming what individuals choose to do. I think being a woman is complex enough already, without all of us directing our energies at ripping apart each other. But I do believe in pulling back the curtain through talking about posing, angles, and all of that, to help women feel better.

You have an astounding number of followers. How did you build such a loyal community?

I think people respond to authenticity, so there’s that. Plus I just happened to be saying relevant things at a time when the world needed it. I went viral as we went into Covid.

You got married fairly recently. How has marriage changed your life?

I love being married so much. My husband has brought so much joy, support, stability and adventure into my life, and I wouldn’t change a thing.

Which women do you most admire, and why?

I really admire mamas. I think being a mom in today’s age is so complex and nuanced, and that children have pressures we never even imagined when we were young. Moms navigating that are such heroes.

If you could dilute your message to women into three points of advice, what would they be?

Be authentic to you, because they’re going to talk anyways. Be kind to your body, since it’s the only one you’ll ever have. Treat yourself like someone you love.

Love Danae’s vibe? Follow her here. You can also find her podcasts here.

Health And Beauty From The Inside Out

Autoimmune Disease, Potyque CBD and Me