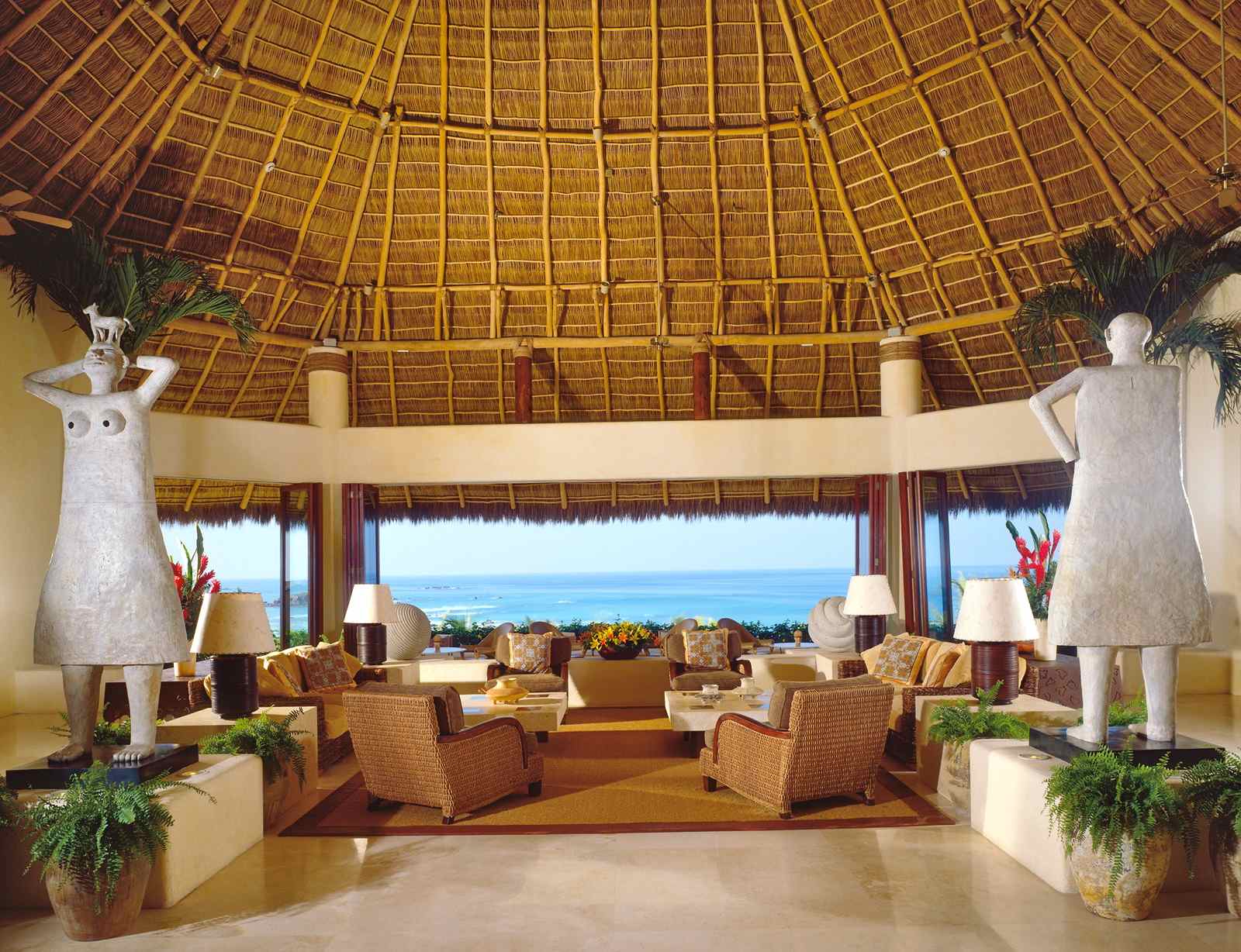 Heading directly from the swimming pool at Four Seasons Punta Mita to their Apuane Spa, I could not contain my excitement about the 80 minute treatment that lay ahead. I have never been so much in need of serious pampering and massage, but five months of hauling myself around on crutches with a broken ankle had taken their toll. My shoulders were wound up so tightly that they seemed to be touching my ears and my hips had a fetching 45 degree tilt.
Determined not to miss the summer, I had packed myself off to Mexico the moment that I was free of walking aids and Four Seasons Punta Mita was doing an incredible job of seeing to my every need so I could get some much needed relaxation in the sun. The spa was to be the icing on the cake – or rather the honey, as the treatment I had booked was called ‘Lluvia de Miel’, or ‘rain of honey’. This new treatment features Mexican vanilla and honey, resulting in some amazing scents, and a relaxing massage.

The Apuane Spa is located centrally in the resort and is easily accessible from all accommodations, especially if you call the concierge to drive you in one of their golf carts! On entering, there is an immediate change in atmosphere as the subtle air conditioning sets the tone for comfort after the heat and humidity outside. Helpful, softly spoken staff led me to a fully equipped changing room, where I was able to have a post-swim shower and enter the fluffy-robed timelessness of the spa.

After I filled in the medical forms, Janet asked me a few questions about the condition of my ankle, then asked me to specify my preferred pressure for the massage and whether there were any particular areas that needed work. Throughout the treatment, she was as gentle as a lamb in moving my foot (which was not ready for any kind of massage itself) and made sure I was comfortable by propping up the offending limb on a rolled towel when I explained that it wouldn’t lie flat. Initially, I was a little nervous but I soon forgot any concerns and was able to put myself entirely in Janet’s hands, knowing that she was taking my injury into consideration.

The treatment began with a special, warm balsam containing vanilla and honey being drizzled over my entire body. As the soothing, slightly sticky liquid (well, it is honey!) covered each section of my body in turn, Janet used firm pressure to knead out the knots that had been troubling me, particularly in the muscles of my shoulders and back. The smell of the balsam, a sweet, pleasantly heady aroma, filled with room until I could feel only that; the soft music fading into the background and the spacial awareness of Janet as she moved around me becoming entirely unimportant.

As I learnt on this trip, vanilla was originally only found in Mexico and it was easy to imagine why the Totonacas Indians considered vanilla a gift from the gods! Not only does the scent have calming properties, but it is a natural source of anti-oxidants and B vitamins, which leave your skin silky, smooth and healthy. The treatment is excellent for rehydrating the skin and has the additional effect of leaving you smelling amazing!

The treatment ends with a Vichy shower. This is not something I had previously experienced at a spa and was quite unusual. A row of showerheads hung over the massage table are turned on and then the whole row is swung backwards and forwards by the therapist, giving wave like bursts of water. Although it is a little strange to open one’s eyes to a therapist in wellington boots, I very much enjoyed the gentle massage of the water and it was a very convenient way to remove all the honey!

Finally, Janet applied a moisturising vanilla body lotion to my skin, once again letting that calming fragrance work its magic. I managed to get dressed in rather a dream and, after calling for a golf cart taxi, drifted back to my room. There, I sat on the balcony in a bubble of calm and listened to the tide for as long as possible before I prepared for dinner.

Four Seasons Apuane Spa is an oasis of tranquillity, providing a range of facial and body treatments as well as wedding, hairdressing and couples services that can be enjoyed at the Spa itself, in your room, at a poolside cabana and even on the beach. I was totally serene and sweet-smelling after my treatment and it was a pleasure to have such a perfect, considerate and relaxing experience after my injury. But who needs an excuse to enjoy some pampering from the experts at the idyllic Four Seasons Apuane Spa? I am already planning my return…

Yoga in the Brighton i360